In the early morning of November 16, 2021, a seemingly ordinary day was about to begin. The alarm on the International Space Station flying 420 kilometers above the earth’s surface suddenly sounded.

Astronauts were told that a satellite disintegrated in orbit and the debris generated might hit the international space station.

Subsequently, the astronauts were asked to transfer to the return module, wait for ground notification and be ready to evacuate the international space station at any time.

Subsequently, U.S. government officials said that Russia conducted an anti satellite test on Monday (November 15), shooting down an abandoned Soviet era spacecraft, producing thousands of traceable space debris. These debris will remain in orbit for years or even decades, and may threaten the lives of astronauts on the international space station.

According to the US space command, the anti satellite test used a direct ascent missile (da-asat) to destroy an abandoned military reconnaissance satellite called cosmos-1408. In addition, the space command said in a statement that the test produced more than 1500 traceable space debris and may produce hundreds of thousands of smaller orbital debris.

The Russian military side said in a statement that the Ministry of defense successfully conducted a test to hit the “tselina-d” spacecraft that has been in orbit since 1982. The statement said that the test did not bring danger.

What is the protagonist of the event “universe-1408”?

Obviously, this is a large satellite, and its disintegration will also cause more debris.

How many fragments did the “universe-1408” disintegrate?

Just when the two superpowers had a big water war, the disintegration of the cosmos-1408 spacecraft attracted the attention of some commercial institutions engaged in space situational awareness.

Leo labs, a foreign commercial aerospace company committed to developing commercial space debris monitoring and early warning services, used the radar system deployed in New Zealand to monitor the disintegration of cosmos-1408 and try to analyze its possible impact. In the past month, the company’s radar system has well monitored the “cosmos-1408” satellite, found 1796 radar measurement data, and formed 69 groups of orbit status data, of which the position accuracy is better than 100m.

Subsequently, the company’s radar system in New Zealand successfully captured the monitoring data of “universe-1408”. Unfortunately, more than one moving object was found, but many – clearly confirming the disintegration of cosmos-1408.

As of November 17, leolabs has obtained data of about 253 independent fragments and is continuing to analyze the monitoring data.

The company estimates that the 253 fragments may represent relatively large fragments produced by the disintegration of “universe-1408”, which are still running near the original orbit of “universe-1408”. If this estimate is accurate, according to experience, there are still 4-9 times of fragments that have not been tracked. The total number of traceable fragments is expected to be between 1250-2500, while there will only be more untraceable small-size fragments.

What orbit are the disintegrated fragments distributed in?

Leo labs analyzed the orbits of 253 fragments tracked. The orbital heights of these fragments ranged from 200 km to 800 km, covering the dense area from the international space station to commercial satellites, and most of them ranged from 400 km to 600 km. 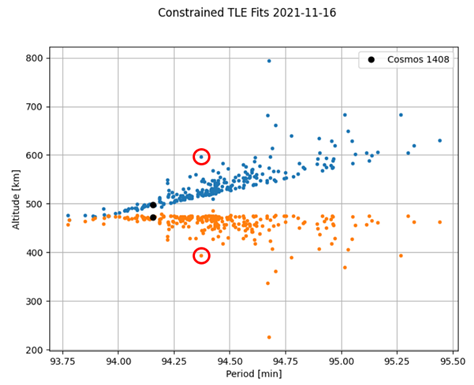 For fragments with low perigee height, the orbit will decay rapidly under the action of atmospheric resistance, and it is expected to enter the atmosphere within a few years. Of course, the descent process will pass through the area where the manned space station is located.

However, the fragments in higher orbit suffer less obvious atmospheric resistance, and may even run in orbit for more than 10 years. However, the prediction of debris orbital life itself is very complex. It is necessary to comprehensively consider the characteristics of debris itself and space weather activities such as solar activity and magnetic storm, both of which have great uncertainty.

In general, the disintegration of cosmos-1408 will significantly increase the number of debris per unit volume in orbit. Taking the orbital height of 400 km as an example, in a space of 10 cubic meters, there are an average of 0.3 fragments before disintegration, and increased to 1 fragment after disintegration. 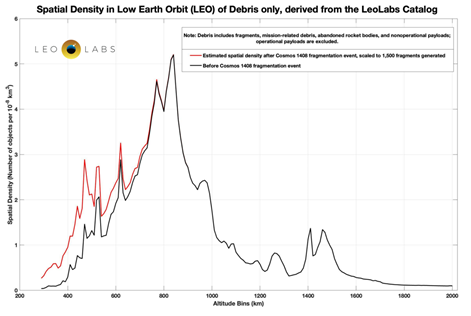 Figure 5 change of fragment density: black is before disassembly and red is after disassembly

At present, these fragments still run near the “universe-1408” orbit, but with the influence of factors such as the perturbation of the earth’s shape, these fragments will eventually spread to different orbital planes.

Will the disintegrating debris in space threaten the lives of astronauts?

Everyone must be very concerned about whether the debris generated after the disintegration of the satellite will have any impact on the astronauts on the space station.

For small-scale space debris, manned space stations have protective structures, that is, the so-called “hard carrying”. Many impact traces of space debris have been detected on the structure of the international space station before. 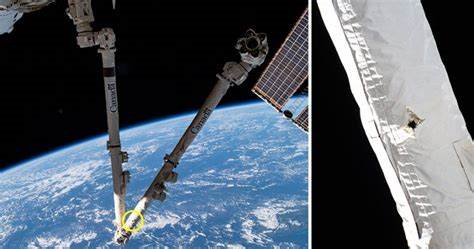 There is no doubt that the disintegration of “universe-1408” has made the orbital environment more complex. A large number of small debris are difficult to clean directly and actively, especially the debris orbit is located on the middle channel between the manned space station and the dense area of commercial satellites, which may have a certain impact on human commercial launch in the future.

For example, the event may have an impact on Elon Musk’s Starlink satellite internet project. The orbital altitudes of Starlink constellation are 550 km, 1110 km and 340 km, of which 550 km orbit is one of the areas most affected by the disintegration debris.

Starlink adopts the mode of launching multiple satellites with one arrow, and the satellite slowly climbs into the target orbit by electric propulsion from low orbit, which also determines that the whole process of Starlink constellation from launch to climb to the target orbit will be affected by this disintegration event. 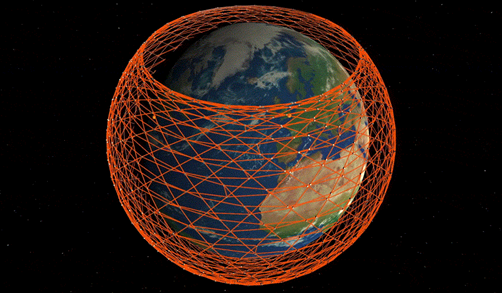 The disintegration of “cosmos-1408” satellite is a foregone conclusion, and its impact must be faced squarely. Perhaps one day in the future, we can have more efficient methods of space debris protection, mitigation and removal, so as to provide a safer environment for astronauts’ exploration.