On October 2, 2021, after the underwater collision accident of the U.S. “sea wolf” class attack nuclear submarine “Connecticut”, the U.S. military has been hiding the cause of the accident. It was not until November 1 that the US 7th Fleet issued an accident investigation statement saying that the object the submarine collided with in the waters of the South China Sea was an “unknown seamount”.

Why did the most advanced “sea wolf” class nuclear attack submarine hit the “seamount”? Can a similar accident of “sea wolf hitting seamount” be avoided? How can submarines avoid collision and other navigation accidents when sailing underwater?

Today, we will take advantage of the “sea wolf hitting the mountain” and talk about the means of submarine underwater navigation, navigation, positioning and collision avoidance according to the public information.

Didn’t turn on the active sonar? Is it the reason for hitting the mountain?

After the collision, many analysts believe that the nuclear submarine is a covert action, and the failure of active sonar is the main reason for the abnormal collision.

However, does the pot of “sea wolf hitting seamount” really need to be carried by active sonar?

As we all know, sound wave is the only carrier that can effectively transmit information over a long distance in seawater. Now sonar, the main equipment of submarine navigation and positioning, uses sound to realize underwater navigation, measurement and positioning.

The source of the word “sonar” is actually the acronym of “sound navigation and ranging”. 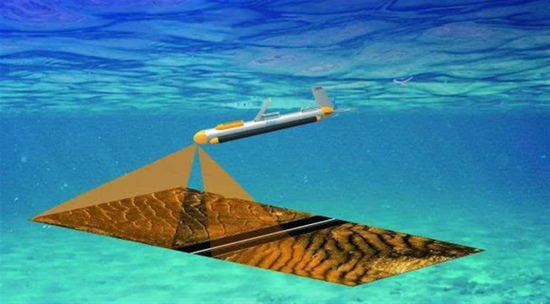 At the same time, the submarine sonar system can continuously monitor and analyze the sound propagation conditions in the active sea area, the ship and environmental noise, so as to select the best tactical maneuver and sonar use mode.

It should be emphasized that at present, most submarines, including nuclear powered attack submarines, are equipped with “active sonar” in the bow, and most of the side array and stern towed array sonar are “passive sonar”.

The so-called active sonar is to actively transmit sound waves for underwater target detection and communication;

Passive sonar is to detect, orient and track the target sound information by passive monitoring without transmitting sound waves.

The active working mode is only used to locate the target before torpedo firing and provide target accurate coordinate data for torpedo weapon firing command system.

It can be said that active sonar is not mainly used to ensure submarine navigation, but to carry out torpedo attack.

According to publicly available information, the “sea wolf” class nuclear submarine is equipped with an / bqq-10 ARCI V5 sonar system. Among them, the bow is bqs-13dna active / passive sonar, the side is six (three on each side) bqg-5 wide aperture array sonar, and the stern is two towed sonar arrays (tb-16d thick line array and tb-29a thin line array). In addition, it is also equipped with bqr-20 noise direction finding sonar, bqs-24 mine detection and collision avoidance sonar, wlr-9a reconnaissance sonar and wqc-2 communication sonar.

In particular, it should be emphasized that the “sea wolf” sonar system is extremely advanced and has reached the highest level of attack nuclear submarines. Passive sonar can be used to accurately measure the target side angle, accurately calculate the moving elements of long-range targets, and automatically generate fire control data.

So, don’t say that the “sea wolf” hit the mountain because the active sonar didn’t turn on!

So, in addition to sonar, what are the means of navigation and positioning for submarine underwater navigation?

How do submarines navigate and locate underwater?

You may be familiar with the navigation and positioning of surface ships and cars. As long as there are detailed charts or maps, maritime navigation aids or road signs, you can get on the road safely and conveniently and accurately reach the target.

However, when submarine navigates underwater, it can neither see navigation signs, nor receive GPS signals, nor effectively receive radio signals, and even connect and receive command information within the specified time limit. Especially when nuclear submarines carry out underwater concealed navigation tasks, they are not allowed to make too loud noise on the boat.

In this case, how can submarine navigation, positioning and collision avoidance be realized? Is sonar the only means?

Moreover, inertial navigation system is an autonomous navigation system with strong anti-interference performance, which neither depends on external information nor radiates energy to the outside. It is very suitable for submarines that need to sail under water for a long time.

At this time, it is necessary to comprehensively use the geomagnetic field, gravity field positioning system and seabed terrain / image matching system, together with the sonar system, to present the submarine’s own position, course, speed and other information, the marine environment around the submarine, unknown submarines, mines, icebergs and seabed obstacles in the form of comprehensive situation map through the electronic chart system. The submarine commander manipulated the submarine to avoid danger and attack the enemy.

It can be said that in addition to the sonar system, modern submarines also rely on a variety of systems to complement and confirm each other, and through intelligent display technology, timely find obstacles, accurately avoid all kinds of navigation hazards, and ensure the safe navigation of underwater submarines in the given course and depth.

The issue of submarine navigation safety has been affecting people’s hearts. The “sea wolf hitting the mountain” incident has once again aroused the attention of all parties to submarine navigation safety. Therefore, as China’s Foreign Ministry spokesman Wang Wenbin said, only a detailed description of the accident can fully respond to the concerns and doubts of all walks of life.

This article was first published at the China Science Expo