Central processing unit (CPU) is not only the core component of electronic computer, but also one of the most important devices in the information age.

From a small point of view, we use mobile phone software every day, and the calculation of all computer software such as writing schemes, typing codes and making ppt on the computer requires CPU calculation;

For example, the sky question mark, zhurong and moon rabbit probes almost all require the CPU to run the machine for independent operation from landing, patrol and returning the original data.

It can be said that in the 21st century, CPU has played an important role in life, work and science.

The main function of CPU is to process the data of computer software, convert human commands into machine language, and put forward commands to other computer devices, such as memory, graphics card, motherboard, etc. In the whole computing system, it plays the role of “boss”.

More vividly, the CPU is the human brain, and all information needs its participation or thinking.

Three departments that make up the CPU

The arithmetic unit is mainly responsible for executing tasks, which can be understood as “migrant workers”, and its task is to directly calculate relevant data;

The controller is similar to “leader”. The task is to give different orders to “employees” according to different needs;

When the register cannot complete its work, the cache is called to store data. Of course, temporary workers also have levels: L1 cache, L2 cache and L3 cache. If the three buffers are also exhausted, give them to the memory outside the CPU for caching.

But what if there is not enough memory? At this time, your computer starts to get stuck. It is recommended to change a computer (dog head). 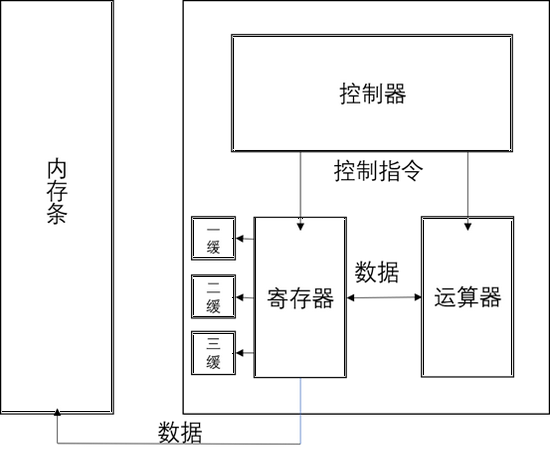 (photo source: self made by the author)

In this huge department, of course, relevant codes of conduct should be formulated so that the controller can issue commands according to the rules. This code of conduct is the instruction set.

Take a simple example, such as ordering a person to eat. How should we issue instructions?

1. Directly give him the order of “eating”.

2. Order him to “take a spoon first, then scoop up a spoonful of rice, then open his mouth, then send it to his mouth, and finally swallow it”.

It can be seen from here that the matter of “ordering people to eat” can be complex or simple. There is a different understanding of how to train that person.

Some people think that if I first give the person receiving the command enough training to master various complex skills (that is, realize the corresponding complex functions in the hardware), then I can use very simple commands to let him do very complex things in the future – for example, as long as I say “eat”, he will eat. This is the idea of “complex instruction set”.

However, some people think that this will make things too complicated. After all, what the person receiving the order has to do is very complicated. If you want him to eat vegetables at this time, you have to train his cooking skills. In that case, why don’t we divide things into many very basic steps?

In this way, although the person who gives the order is a little tired, it only needs the person who receives the order to know very few basic skills to complete the same work – for example, now I want him to eat vegetables. I just need to change the “scoop up a spoonful of rice” in the just eating order to “scoop up a spoonful of vegetables”. How simple it is to solve the problem. This is the logic of “reduced instruction set”.

The first is performance. Arm is strong in efficiency. In some applications with relatively fixed tasks, its advantages can be brought into full play. X86 is still the “big brother” in professional software or comprehensive work.

The second is the ability to expand. In terms of mobile phones, we may not install expansion devices such as memory and storage until the products are eliminated. The principle is that it is enough. Computers can expand many devices by bridging.

As for the daily interaction with us, which can be seen at startup, the desktop is the operating system. You can understand it as a special software, which mainly plays the role of performance scheduling, file management, providing services and visual operation for the upper software.

How to make CPU

After introducing the CPU, you must want to know how to make such a complex component? Making a CPU will be more complex than you think.

Are you ready? Next, the author will take you into the world of atoms, a world invisible to the naked eye.

The first step in making CPU is to design circuit diagram. As we all know, CPU is a very large-scale integrated circuit, and reasonable circuit distribution is the top priority. Therefore, experts from design centers around the world will cooperate to design the wafer circuit of CPU and complete the overall chip design of physical mask.

The next step is to make silicon crystals. The raw material of silicon crystal is sand. After a series of complex purification, the sand will be turned into a monocrystalline silicon rod with a purity of 99.9999%, and then cut into smooth small sheets. The wafer will be fabricated, and the integrated circuit will be etched on it.

Impurities will seriously affect the quality of CPU, so the environment for making wafers is 100000 times cleaner than that in the operating room.

Then we have to engrave the designed circuit on the wafer. What do we use? Ordinary carving knives are far from reaching that accuracy. Smart scientists thought of the world’s most exquisite carving knife – light.

The photoresist is evenly coated on the wafer, and then the circuit structure on the mask is printed on the wafer with ultraviolet light. The exposed part is soluble and can be washed off. Then the unprotected part of the wafer surface is etched off, and billions of transistors are engraved on the wafer the size of a fingernail.

Only transistors are not enough. Different transistors need to have different functions, which requires the next ion implantation process to apply different electrical properties to transistors.

Silicon, a semiconductor with unique properties, will be used here. The conductivity of silicon can be changed by accurately controlling the implanted material.

Copper is the focus of the next program. Precision copper wires connect many transistors to form various circuits and perform various functions.

However, in this process, cleaning is essential because particles or impurities in the environment are latent at every stage of the manufacturing process. First, a barrier film is plated on the wafer, which helps to prevent short circuit and ensure the reliability of the circuit. Then fill the copper into the groove and grind it flat. In this way, several kilometers of lines can be carved on the chip.

The following figure is a simulation diagram of the dense copper wires in the chip.

The last step is packaging. After polishing the chip that meets the packaging requirements, use the most sophisticated cutter to cut the produced CPU from the wafer, paste the welding line and seal the glue. After testing and sorting, it can enter the market through various chip factories and then into the hands of consumers.

The above author introduces only the most superficial CPU production process, and the technical difficulty required in the middle is unimaginable for ordinary people. Therefore, CPU is really worthy of the most precise components in human history.

China’s semiconductor industry has a long way to go. Although there is a gap of at least ten years from the chip level of the United States, it is not impossible to catch up. Domestic memory chips have entered the consumer market and can almost reach the world average level. The consequent benefits are the sharp decline in the price of memory chips in the consumer market and the increase of China’s economic income.

Now, CPU enterprises have sprung up in China, showing the vitality of made in China to the world. 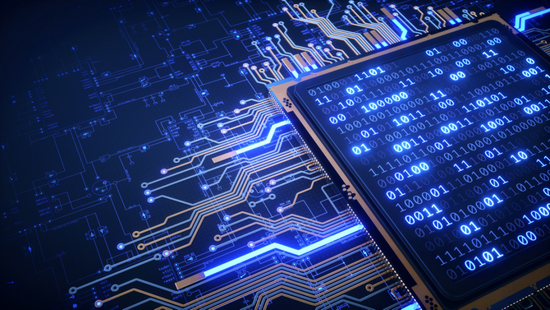 This article was first published at the China Science Expo