It is common for games to attract players by forwarding lottery, but it is rare to draw a suite directly.

Two days ago, Netease’s flagship ancient wind end tour released a microblog against the cold water, saying that one of the forwarding crowd would give a house in Hegang City, Heilongjiang Province, which could be discounted by 50000 yuan. 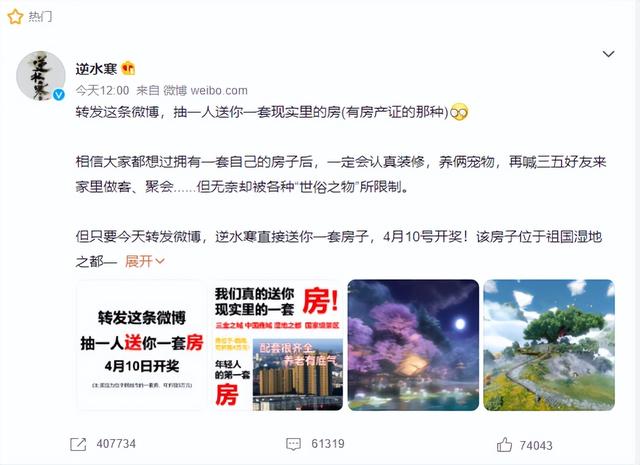 “Real house, real, materialistic, existing in the sense of physics, habitable, house based, downstairs vegetable market and aunt dancing square dance.” In the face of netizens questioning the authenticity of the house delivery, the official response of the adverse water cold said. 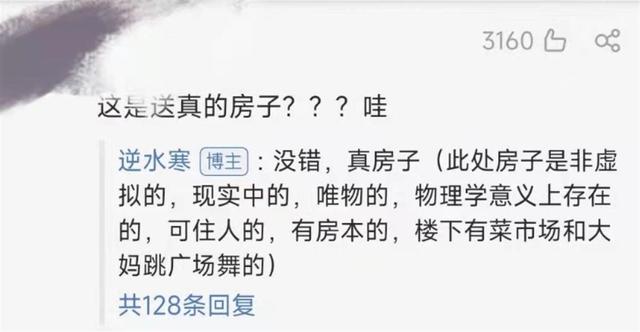 In order to publicize the playing method of “Habitat gathering” and meet all the “house fantasy” of young people, the upstream cold official blog decided to release a special hard core lottery. The specific reward is a suite in reality. 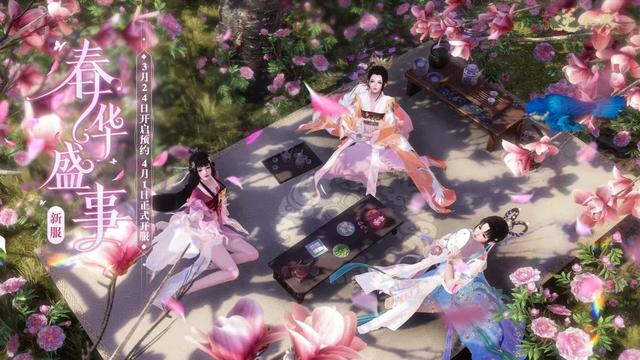 The house is located in Hegang City, one of the central cities in the northeast of Heilongjiang Province. 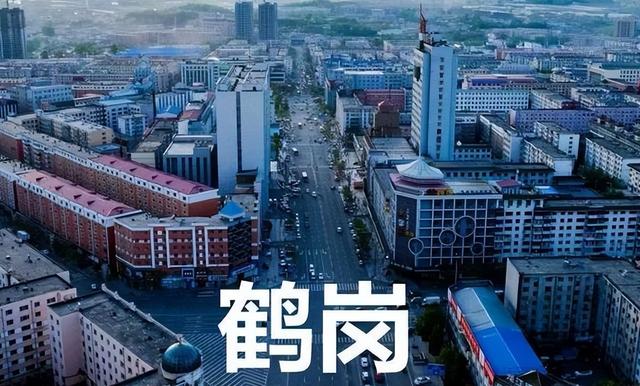 As of 6:00 p.m. of the same day, the forwarding volume of Weibo in the countercurrent cold lottery had reached 652000. The microblog said that the houses delivered were “fully equipped, confident in providing for the elderly and the first suite for young people”.

Although the lottery has not yet been opened, the lucky draw has still aroused heated discussion among hundreds of thousands of players. 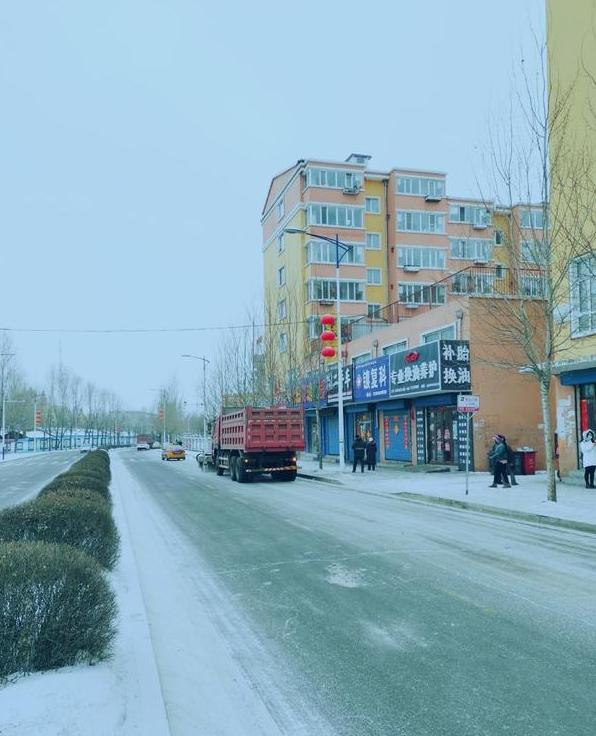 After all, Hegang is really a little remote from most players, so that some players put forward such an argument: which is more useful for themselves, a real house in Hegang and the metaverse community in the game? 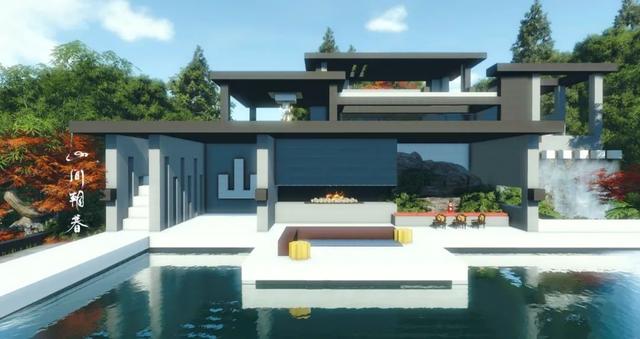 However, the manor in traditional online games is a private space for players, and the focus of fun is on construction and cultivation. Players create their own world with their own imagination and practical ability, which is basically lack of interactivity.

The new expansion film “Habitat gathering” launched against the current cold is the inspiration re drawn from the concept of “metaverse”, focusing on “friendship apartment only belonging to yourself and your best friend”.

Each manor with a cluster of Qi supports 16 people to live together. Players can invite relatives and friends to build together, or make strange “neighbors” to create a community life in the virtual world.

Moreover, this multiplayer manor will not have server restrictions. Even if you are not on the same server with your friends, you can break through the dimensional wall.

Here, players can vividly show their state to the outside world, such as the 3D three-dimensional version of wechat state, which is more intuitive.

In the same community, players can plant melons and beans, raise chickens and ducks with their neighbors, and experience the leisurely life of pastoral songs.

You can also go fishing by the pond and have a duel with yourself or friends.

This is equivalent to opening up a more intimate sharing space for young people on the basis of the original manor, which undoubtedly meets the needs of post-95 groups for social gaming.

Of course, how to maintain the social circle established in metaverse community? What’s the new breakthrough between “metaverse social” and traditional social methods? These are problems that need to be solved urgently.

But this hot discussion really made many players start to think about the problem of “what is really true in today’s Internet Society”.

In fact, Hegang’s house does exist immediately, but most people can’t really live there.

The metaverse community in the game is within reach. Players can stay inside and take care of their houses and gardens every day. They can also visit together and hold a bonfire party.

Especially for many post-90s, they almost grew up playing games. Games have long been one of their most important lifestyles. Of course, houses are good. Compared with things far away, maybe they will care more about the most direct needs and feelings around them.