The salon and introduced the guests. “Qingxin” is a highly humanoid robot developed by the Shenyang Professor team of the school of Journalism and communication of Tsinghua University. It has attracted much attention because it can provide one-stop intelligent service ecosystem for customers in various industries. The following is the sharing content of the guests invited by the salon. High humanoid robot “Qingxin” acts as the host, and artificial intelligence technology is the core of “software + hardware + content + service”

Combining the sense of civilization and future in Chinese and foreign civilizations to trace the origin of the concept of metaverse, Jiang Zijun, CTO of Yachang culture group, brought the sharing of “art metaverse roaming and exploration”. Jiang Zijun believes that metaverse is a human spiritual space and a humanistic and philosophical problem. It is necessary to clarify that metaverse’s strategic positioning is “the third generation Internet driven by the next generation computing platform” and “the first scientific and technological concept with digital culture as the core application scenario”.

At present, metaverse’s business model includes the line dispute between the Internet school and the blockchain school. From digital twins to digital nativity, and then to the integration of virtual and real, metaverse continues to evolve. He believes that metaverse is a pass revolution based on blockchain, bitcoin and NFT, and the emergence of pass culture and NFT art makes the future full of possibilities. The paradigm revolution of technology + culture + finance, 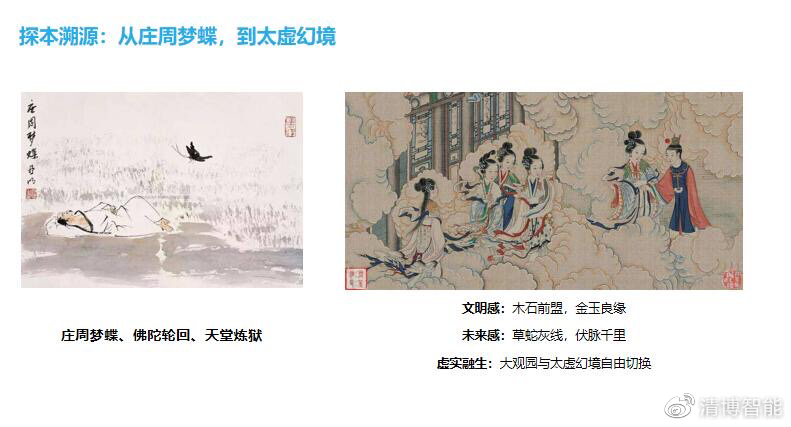 Professor Zhang Yiwu of the Chinese Department of Peking University shared metaverse and new cultural forms from unknown and known angles, and talked about the relationship between man and machine, virtual imagination and reality. He believes that metaverse’s influence has been involved in all aspects and will be promoted, and metaverse’s narrative and cultural logic reflect the fictional interactivity and sense of reality. Reconstruction of social system and digital world

“, we need to” find, mystery, mystery and secret “, find the way to enter, solve the mystery, a world with infinite possibilities, immerse ourselves in metaverse and apply it to blockchain and digital currency. As the subject of metaverse, man has jumped into a new state and has new possibilities for the subject. ” Metaverse as a new cultural form 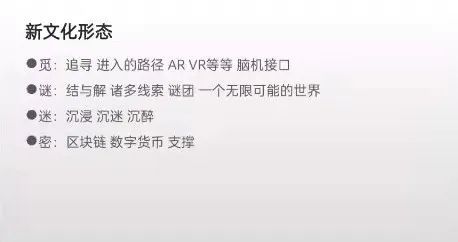 Li Zuxi, President of Qingbo intelligent Innovation Institute, introduced the digital collection – the key to metaverse with the innovative way of virtual human. He mentioned that as a unique, traceable, unchangeable and identifiable digital asset superior to real assets, digital collections have attracted the attention of all walks of life.

At present, the scale of the global digital collection market is growing rapidly, and China’s digital publishing industry and other digital economy are also undergoing continuous transformation and upgrading under the guidance and encouragement of national macro policies. The explosion of digital collections is the result of the higher adaptability and acceptance of the public to the Internet.

President Li Zuxi also cited the application cases of the domestic digital collection industry, including Dunhuang, the Forbidden City, Shenzhou V and other museums and cultural tourism industries, which digitized and carried out the collection; There are also collections of literary works such as Wen Wen, IP, and digital collection of government activities like “ice pier pier” digital blind box, as well as the case of the Yanghe River, which is a number of Tibetan star industry service case of Qing Bo intelligence. It also analyzes the multiple value of the digital collection to the brand and its application formula, preparation work and project flow. Cultural inheritance and knowledge popularization

Associate Professor Ke Dan of the school of economics and management of Wuhan University brought you the report of “time and space travel to reshape the past and the present: let historical figures revive in metaverse”,. She mentioned that from the perspective of “virtual commodity” economics, cross platform value circulation can achieve sustained and stable economic prosperity. The cross metaverse blockchain enables the analysis of the huge potential value of metaverse + history and culture, and the value can be confirmed and transformed.

“Based on the characteristics of metaverse, metaverse can become the best medium to spread art, culture and civilization. The resurrection of historical figures in metaverse is the highest tribute to its value.” 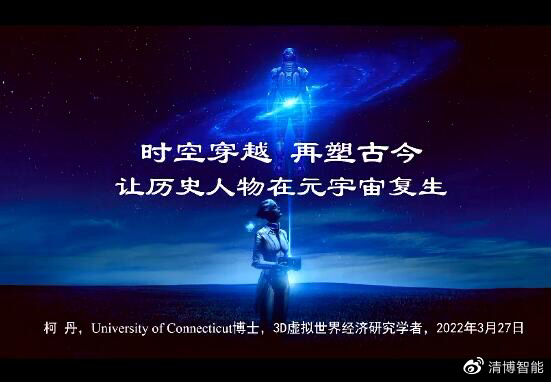 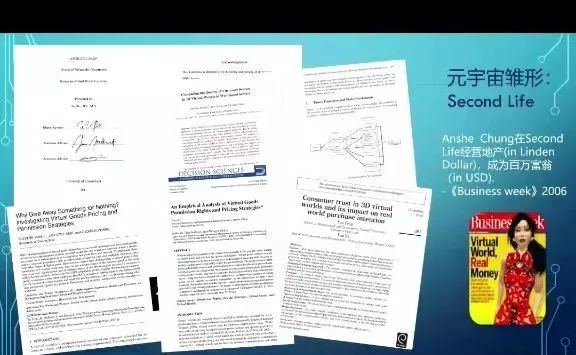 Xing Jie, author of the first metaverse series of books in China, described the great opportunities and challenges of metaverse to the cultural and creative industry. By summarizing the origin and definition of metaverse, Xing Jie believes that metaverse is a social form of virtual reality integration under the high development of human digitization and intelligence.

“Interactive development, engine and content production platform development and blockchain based economic and governance development are the three main lines of metaverse development,” he said In addition, by analyzing the opportunities and challenges of metaverse consumption in games, retail, social networking, tourism and other industries, he believes that metaverse has opened the era of Creator economy.

“While metaverse brings vitality and competition to the creative tools, application scenarios, intellectual property protection, efficient economic system and the new organization model of Dao, it also poses challenges such as the obstruction of inertial creative thinking and the competition between UGC and aigc.” 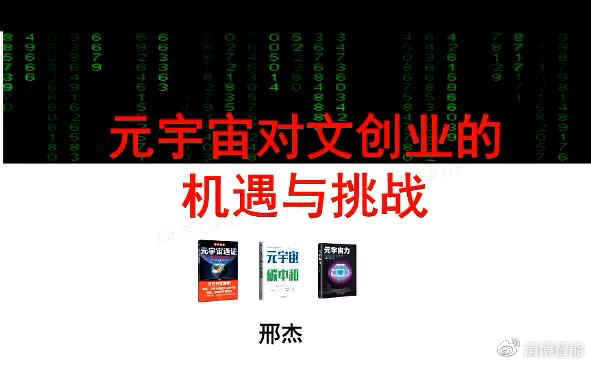 Chen Hong, deputy director of the Key Laboratory of interactive technology and experience system of the Ministry of culture and tourism of Beijing University of Posts and telecommunications, opened the practice and imagination of culture and tourism metaverse for the participants, and introduced the structure and research projects of his laboratory.

Chen Hong believes that the physical scene of cultural tourism is the best natural entrance to metaverse, which can create the scene objects, people (tourists) and cultural IP of cultural tourism metaverse. It shows you ar Museum, tourism serious games and experiential performances, so that tourists can experience the whole new adventure of exploring history. The integration of online and offline, virtual and reality,

In addition, he also introduced the latest technical standards of digital culture and information technology related to metaverse. Finally, Chen Hong expressed his full confidence and expectation for metaverse. 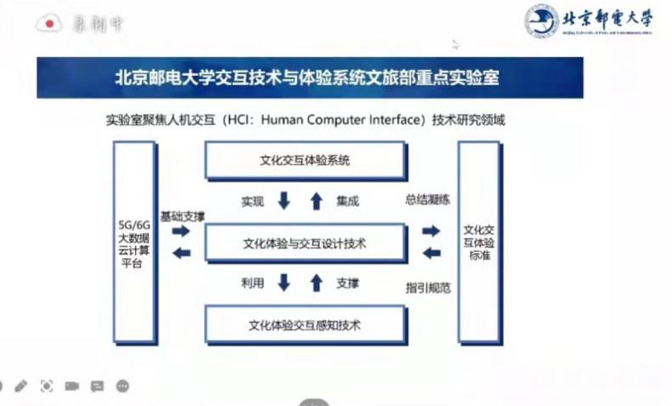 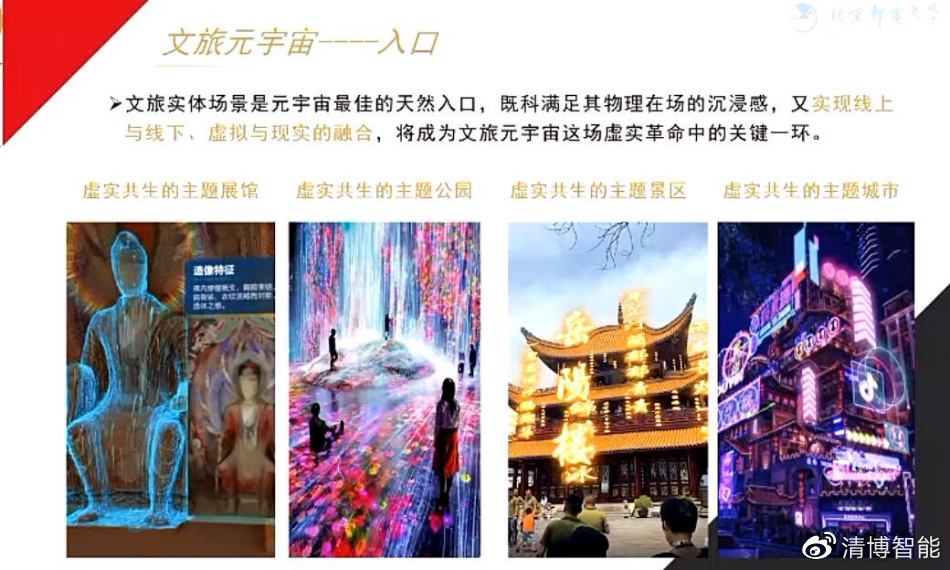 At the same time, while summarizing the communication contents of the previous sharers, Professor Shenyang also mentioned his division and views on the development form of metaverse.

He believes that the development of metaverse will gradually develop from the initial state of species imitation to the intermediate state of new species, and finally form the ultimate state of evolution based on human nature and technical framework.

In addition, he also made a future analysis of the emergence and development of metaverse from the new cultural revolution of mankind, the differences between the East and the west, consensus and disputes, and provided the path of cultural metaverse, including the digitization, intelligence and metaverse of cultural relics, VR and AR tours in scenic spots, which can fully expand the value of mobile Internet. 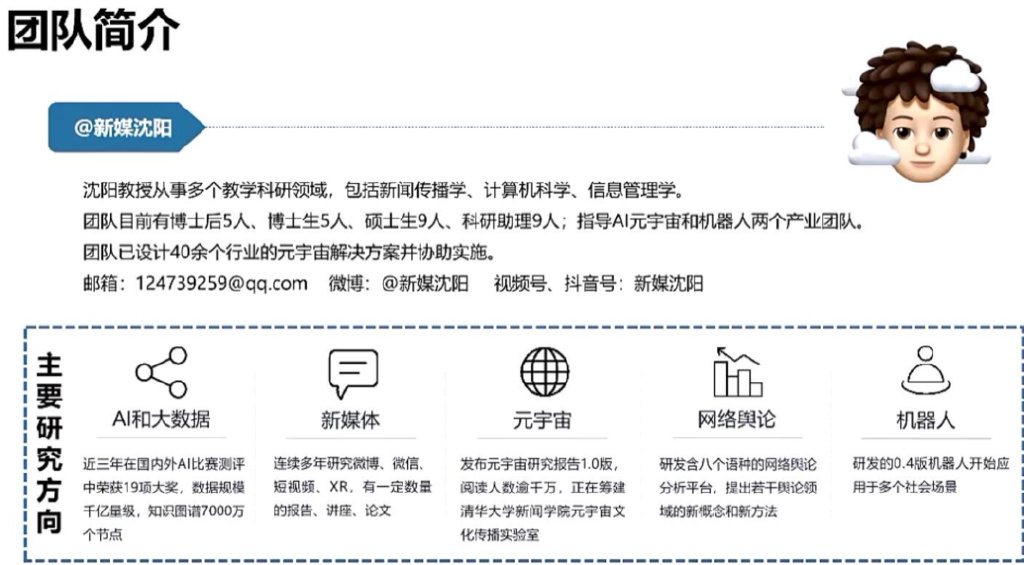