If the dead are not buried in the hearts of the living, they will really die—— Lu Xun

There is a classic line in the Disney movie “journey through the dream”: the real death is that no one in the world remembers you.

On April 5, another Tomb Sweeping Day is coming. We believe that death is not the end of life, but forgetting. Even if it is a solemn funeral or an annual sacrifice during the Qingming Festival to express sorrow, the physical space-time between yin and Yang usually makes forgetting a natural reality.

In order not to forget, is there a way to make the mourning of the deceased cross the physical space-time separated by Yin and Yang and the geographical distance between traditional cemeteries?

For three years, COVID-19 has become a way to worship ancestors and sacrifice their loved ones. VR virtual reality, AR augmented reality and MR mixed reality Metaverse are quietly changing the concept of sacrifice through COVID-19’s “cloud worship”. It also changes the family’s affection from burials and sacrifices, and the birth and inheritance mode of family culture. 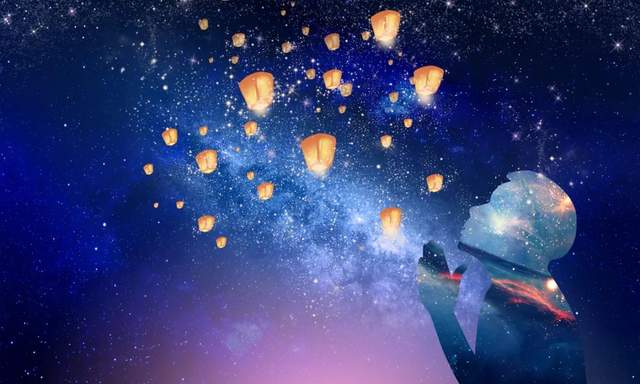 You can imagine that under metaverse, human beings in virtual reality will become digital immortality. In the future, offline cemeteries will be moved online and offline funerals will be moved online. Cloud sweeping is expected to replace offline sweeping and become the mainstream. The way to place mourning and commemorate relatives will no longer be just Qingming moment, but will be upgraded to virtual reality interaction with deceased relatives through metaverse, reproduce the brain knowledge consciousness and memory storage of deceased relatives through AI technology, and conduct conversations through time and space. The future of human virtual life will not be a myth, so the funeral industry will also be completely overturned and become a life technology service industry.

Investing is actually investing in the future. Buying stocks is actually buying the future, not the present. The reason why we pay attention to the funeral industry is that when China’s aging society brings about the problem of natural birth, aging and death, it is the demand of the society that is about to erupt and needs to be solved. The development of Internet technology and metaverse technology also seems to have brought disruptive changes to this industry, and this change will bring market scale and space with substantial growth or even geometric growth, which will generate new opportunities and space for investors.

Metaverse’s innovative service of “cloud sweeping” comes from the “Fushou cloud” product developed by Fushou garden, a Chinese funeral giant and a Hong Kong listed company. It is hard to imagine that the traditional funeral business can be combined with technology, and finally build a new product form of life technology. 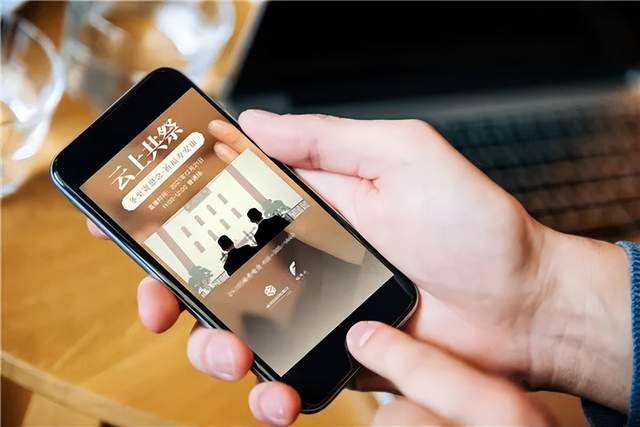 There is no doubt that the funeral field will also be one of the best use scenarios of metaverse.

The law of business has always shown a truth. Behind a good product, there must be an excellent company as the base and system, and there must be complete business logic and value logic behind it. It coincides with the recent announcement of Fushouyuan’s 2021 annual report in Hong Kong. The characteristics displayed by the company have attracted the attention of Delin society.

In terms of explicit performance, its revenue and net profit attributable to its parent company in 2021 reached 2.326 billion yuan and 720 million yuan respectively, an increase of 22.9% and 12.1% respectively. Even affected by the epidemic, the company has increased for the ninth consecutive year since its listing in 2013. It is a listed company that has crossed the bull bear cycle in performance.

From the perspective of capital, the evolution of China’s 500 billion funeral market in which Fu Shouyuan is located, especially at a time when the population aging is the general trend, its business structure and growth logic are closer and closer to the funeral giant SCI (Service Corporation International) of US stocks. The market value of the latter is HK $82 billion. For Fu Shouyuan, whose market value is only HK $13.1 billion, there is still a lot of room to catch up.

About good business, Peter Lynch, an American investor, once talked about a US stock company, whose headquarters is located in Houston and its name is SCI (Service Corporation International), which is mainly engaged in funeral services. Needless to say, funeral is a rigid demand. Peter Lynch said that whether it is a cemetery or funeral goods, it is a good business. 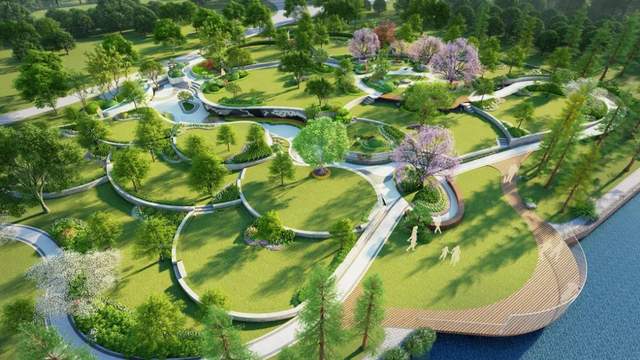 In addition to the business structure, in terms of business model, SCI’s “housekeeping” model – the living contract model has also begun to be accepted by the Chinese people, and quickly mapped to the operation of Fushou garden. In 2021, a total of 13764 pre life contracts were signed by Fushouyuan, an increase of 133.1% year-on-year

The so-called pre life contract mode, that is, the user buys the services behind him before his death, and adopts the prepayment mode. In terms of business model, SCI and Fushouyuan can obtain value in pre life services and funeral after death through pre life contract. For example, hospice care, funeral services, sacrificial scenes and so on. Half of SCI’s cemetery sales come from lifetime contracts.

Obviously, China’s funeral industry is a super big track, which is no less or even bigger than that of the United States. According to the classic investment theory, the market and business model of benchmarking SCI, also as the leader of the domestic funeral industry, will also usher in the opportunity of revaluation in terms of future growth and market value.

What we pay more attention to is that taking the epidemic situation as an opportunity, under the trend of combining metaverse with practical applications, Fushouyuan launched a series of Internet cloud products. The innovative value of this product lies in meeting the needs of users and enriching the souls of the living through metaverse’s black technology such as virtual reality. It will comprehensively upgrade or even subvert the funeral industry and bring new value space.

Revaluation through time and space: a subversive new ecology of funeral

Clayton Christensen put forward a theory in his famous management book the dilemma of innovators. In an industry, there are often “disruptive innovations”. Whoever can grasp it can stand on the tide of the times. If he can’t keep up, he will be eliminated by the times. 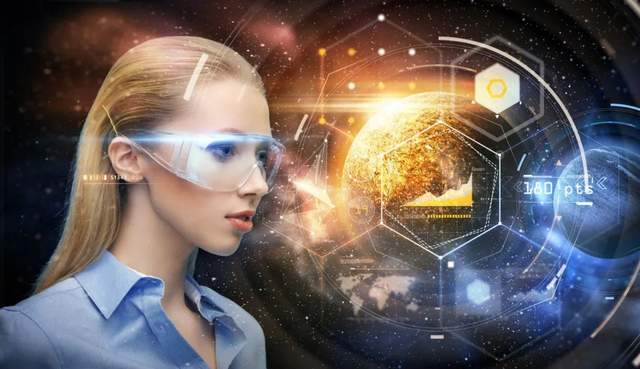 From the perspective of onlookers, what kind of “disruptive innovation” will there be in the funeral industry of Fushou garden? Before the epidemic, the funeral scene had been solidified in most people’s minds. It’s hard to imagine what kind of fundamental innovation could exist in this industry.

Until the two years of the epidemic, Fushouyuan launched “cloud series” products into the field of metaverse, which vaguely makes observers feel that maybe a new paradigm of the funeral industry in the future is coming.

Back to the origin of the funeral industry, what are the people’s needs in essence? The answer is not uniform, but one thing is recognized, that is, mourning the dead relatives before death and hoping to be remembered by future generations.

Such simple needs are spiritual needs. Can they be better met by means of science and technology? If we do, such technology and products will undoubtedly be good. 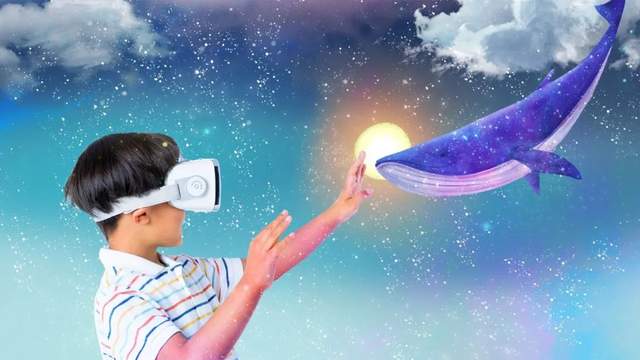 On January 20 this year, Academician Wu Mengchao digital memorial hall, academician of the Chinese Academy of Sciences and winner of the national highest science and technology award, opened, which is also the first digital interactive memorial hall with the theme of humanistic Memorial in China. At the same time, Academician Wu Chao’s laughter across the universe is vividly reproduced in front of the national audience. Old Wu appeared on the podium. With a caring expression and kind voice, he asked whether there are many patients in the hospital and whether the treatment of nurses has been improved. Is everyone all right? This question made all the personnel on the scene excited and shed tears.

Cloud memorial service, the mark left by the deceased to future generations is no longer limited to epitaphs. Cloud obituaries, cloud photo albums, and even life stories and micro films are designed as online products by Fushou garden. In the sacrifice after the funeral, “cloud sacrifice and sweep” creates an online sacrifice and sweep scene. At the same time, through the online 3D virtual memorial hall, digitize the objects of the deceased and empower them with science and technology. Such memory may never fade.

In funerals and memorial ceremonies, in addition to the traditional forms of expressing sorrow, we can also use acoustic and photoelectric equipment, Internet of things and holographic projection technology to restore the holographic image of virtual human and realize the cross time-space dialogue between the dead and the living. This experience is not available in traditional funerals. It will better meet the living’s deep-seated sorrow and emotion for the dead.

In the future, this virtual reality scene will make great changes in the frequency of people’s expression of Memorial and mourning. People will not be limited to the Qingming Festival. At the same time, the virtual reality communication between the living and the dead through time and space through technology can also create a better family inheritance. 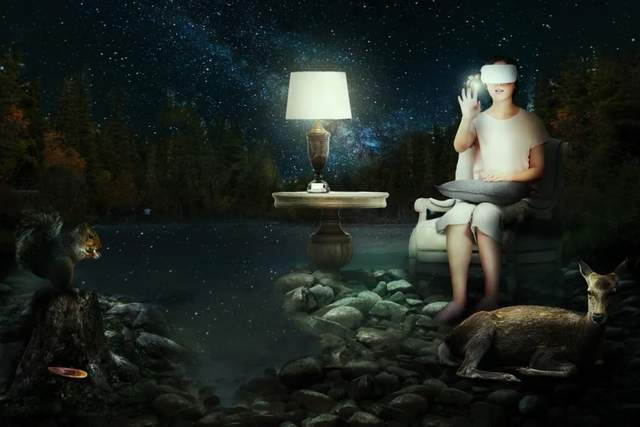 Perhaps this is one of the best manifestations of the convenience brought by technology and metaverse and the richness of the spiritual world.

Back to business, if such “cloud series” products become more and more popular, they are likely to become a new model of funeral services in the future. Especially in the context of metaverse, whether the interaction with deceased relatives through time and space under virtual reality, or the possibility of online cemetery burial in the future, will subvert the whole ecology of the funeral industry.

At the same time, the traditional cemetery is an industry based on the monopoly of regional land and license resources. It has developed serious path dependence for decades, and the market is closed and extremely scattered. In the future, metaverse’s life service industry will break regional restrictions and further form a leading effect, with the stronger. Therefore, there will be a wave of large-scale product upgrading and fierce traffic competition in the funeral industry in the future, and companies that master advanced products and traffic entrances will form a dimensionality reduction blow to the traditional cemetery.

From this perspective, Fushou garden and even the whole funeral industry are becoming more and more attractive. This is a company that is trying to subvert itself and even the industry with mobile Internet and metaverse’s vr virtual reality, ar Augmented Reality and Mr hybrid reality. For such industry leaders, I believe that the business value and growth value of the company itself can have greater imagination space.