All along, Tencent music (TME. US), backed by excellent resources, is an existence that can not be ignored in the online music market. On March 21, Tencent music released its unaudited fourth quarter and full year results of 2021, attracting market attention. From the financial report, Tencent music seems to have had a mixed year.

Although the annual income rose, the phenomenon of shrinking income growth still exists. According to Dongfang fortune.com, the revenue of Tencent music increased by 151.80% in 2017. Since then, this index has been declining, and the growth rate is only 7.2% until 2021. 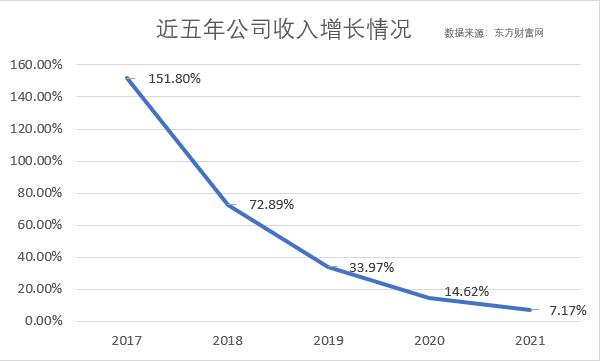 So, what are the reasons for the company’s decline in revenue in the fourth quarter of last year and the slowdown in the growth of annual revenue?

From the perspective of business lines, “social entertainment services and other income” accounted for 63.3% of Tencent’s total music revenue in 2021. As the main source of income, the above business income decreased in the fourth quarter and the whole year, which is also an important reason for the poor financial performance of the company.

In the fourth quarter of 2021, the company’s social entertainment services faced a decline in the number of mobile monthly active users and paying users. The company attributed the reasons to the fierce market competition and the changing macro environment, and said that it is trying to improve its competitiveness through continuous product innovation and the establishment of more vertical fields in social entertainment, such as audio live broadcasting, international expansion and the supply of virtual interactive products. Shen Meng, executive director of Xiangsong capital, told investor.com, “the social entertainment business of Tencent music is not as effective as the competitive product platform with prominent functions, and the competitive differentiation advantage is gradually weakened.”

Online music services are subdivided into music subscription, sublicense and digital album sales. In recent years, the company’s online music service revenue has increased, partly due to the strong growth of its music subscription revenue. With regard to the good performance of the company’s music subscription, industry commentator Zhang Shule told investor.com: “sufficient massive content inventory is still the biggest dependence of Tencent music.” On the other hand, anonymous insiders believe that the improvement of consumers’ awareness of copyright and the increased willingness of some users to spend on music works are also one of the positive factors.

In fact, due to the long-term development of the online music market, Tencent music has made a breakthrough in the field of traditional music services. Of course, the traffic of music subscription and digital album needs to be maintained and developed, but for Tencent music, the more important thing may be “capacity expansion”.

Broaden the matrix of innovative products

If you want a bucket to hold more water, you need to increase the length of each board. Tencent music seems to be familiar with this and has continuously explored the road of business innovation in recent years.

Liang Zhu, CEO of Tencent music, said, “long format audio is an excellent supplement to the company’s strong music product portfolio and helps to expand the scale of users.”

For the layout of long audio, it is a “Recruitment” way to spend money resolutely. Last January, Tencent music announced the acquisition of 100% equity of lazy listening. Needham, an investment bank, released a report after Tencent music acquired lazy audio, saying that the acquisition greatly enhanced Tencent music’s competitiveness with Himalayas in podcasting.

According to the data, Tencent music achieved more than 150 million long format audio Maus (monthly active users) in the fourth quarter of 2021, with a year-on-year increase of 65%. According to the latest prospectus of Himalaya, as of the first half of 2021, the company has reached 262 million active users in the whole scene month. Litchi’s latest financial report shows that its average monthly live mobile users in the fourth quarter of 2021 was 54 million. It seems that there is still a gap between the long audio traffic of Tencent music and the leading Himalaya, but it is not in a weak position in the industry.

TME live is a music performance platform under Tencent music, which includes both online viewing and offline viewing such as national tour. At present, TME live has become an increasingly perfect performance platform to strengthen the overall online and offline content ecosystem of Tencent music. It can be found that TME live has a “luxury” star lineup, which gathers several well-known singers and bands such as Jay Chou, Mayday and Alan walker.

Users have different opinions about the experience of tmeland’s first virtual Music Carnival. Some netizens believe that the way of audio entertainment experience is novel, interesting and not boring, but it is in the primary stage of metaverse. They hope Tencent music can improve this “metaverse” world in the future. Others believe that without VR glasses, it is just like playing an online game, and the sense of immersion is insufficient. In addition, some netizens reported that as the number of online users increased, the running program began to become a little stuck. Improving the underlying technology supporting metaverse and enhancing the sense of virtual reality experience are the challenges of Tencent music in the future.

At present, as part of Tencent’s music innovation product matrix, the market heat of TME live and tmeland is not low. However, it is worth noting that the ultimate goal of product innovation is revenue realization. Whether TME live and tmeland will positively affect Tencent music’s social entertainment revenue in the future remains to be seen.

It is worth noting that a punishment decision in July last year eclipsed the identity of the number one “copyright” player of Tencent music.

On July 24 last year, the State Administration of market supervision made an administrative punishment decision according to law, ordering Tencent and its affiliated companies to take measures to restore the state of market competition, such as lifting the exclusive music copyright within 30 days, stopping the payment of copyright fees such as high prepayment, and not requiring the upstream copyright party to give conditions superior to its competitors without justified reasons. This is the first case of Chinese music antitrust and the first case of restoring market competition since the implementation of the antitrust law. This also means that the exclusive copyright of the head bought back by Tencent music will be fully opened within the next 30 days.

Tencent music, whose copyright advantage has been weakened, also has Tencent’s powerful resource network as a “backer”. For example, it has in-depth interaction with Tencent’s ecological IP such as games, animation, literature and variety shows, deepened cooperation with wechat video accounts, and jointly promoted the hit drama sword snow stride with Tencent video through long audio products.

Just as farmers do not have time to dig out of the bottleneck of water resources, it may be urgent for farmers to get out of the shortage of water resources. Whether the social entertainment revenue of Tencent music will improve in 2022, investor.com will continue to pay attention. (produced by thinking Finance) ■