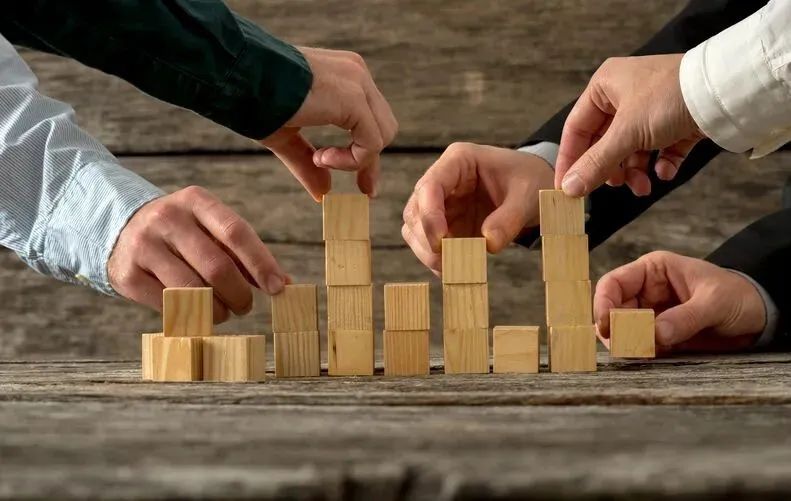 Professor Wang Yang is now vice president (University Development) of the Hong Kong University of science and technology. Professor Wang is an internationally renowned scholar with a wide range of research fields; He has published more than 100 research papers in pure mathematics and interdisciplinary mathematics, many of which are published in top scientific journals. He was the program director of the National Science Foundation from 2006 to 2007.

This article is a transcript of Professor Wang Yang’s speech in the activity of “metaverse 2022 Outlook: technology, economy and investment opportunities”

Metaverse will help create a new economy for Hong Kong. When I was in the United States around 1990, there was a hot topic about Amazon and Wal Mart. Through a series of innovations, including price, volume, management and logistics, Wal Mart beat the American retail industry everywhere. At that time, many voices said that Wal Mart should be regulated by anti-monopoly law. Later, Amazon came out. At that time, Amazon was not a particularly large company, but only sold books on the Internet. But we all feel that Amazon has taken a promising path. We can restrict oligopoly like Wal Mart through the Internet and Amazon. But what people didn’t expect is that Amazon has basically knocked down all the enterprises that Wal Mart didn’t knock down at that time, and even almost knocked down Wal Mart for some time. Therefore, the original intention of the Internet era is to empower the whole people, but this has not been achieved now. Nowadays, the Internet platform is monopolized by several giants, creating amazing wealth for themselves, while the wealth gap in the world is growing.

Now our country proposes common prosperity, which is our lofty goal, or our original intention. However, in Hong Kong, the gap between the rich and the poor is widening, and the new social environment, including the impact of the epidemic, the financialization of Hong Kong’s economy and the loss of manufacturing industry, make this trend irreversible in a short time. When we talk about common prosperity, what should we do next? We often hear in Hong Kong that we need to innovate and solve the problems of people’s livelihood, but how to do it? This is a question worth exploring.

Hong Kong can become a great “city” in metaverse

Metaverse is likely to be a very good opportunity to help Hong Kong develop in the future and truly achieve common prosperity. It is also the future of Hong Kong’s economy. Why do you say that? First of all, we don’t have a particularly good definition of metaverse, but it’s not a bad thing. In fact, I’ve read a lot of views. It’s because you don’t know the ultimate model of metaverse that metaverse has also generated a lot of heat. We discuss whether metaverse is a virtual world, but I personally think metaverse will be the ultimate form of digital economy, and this definition may be broader.

Digital economy is the future of Hong Kong

At the just concluded two sessions, I was pleased to note that there were seven detailed proposals on the development of metaverse in China. One is that metaverse is a new opportunity for digital economy, and the other is to promote common prosperity.

So how to promote common prosperity in metaverse? I think the digital economy is the future of Hong Kong. In fact, we often talk about innovation in Hong Kong. We are also looking for the next economic growth point, but I think some of our discussions are not in place. Let me give an example. About two years ago, Hong Kong carried out many so-called innovation projects, built many large innovation centers, and supported hundreds of millions of Hong Kong dollars for each center. In fact, after reading it, I think this has not got rid of the innovative method of the past. In the past, our innovation was to spend a sum of money, and then find a few experts and a group of people to focus on doing a few things together, so we can rest assured. However, in the future environment of a truly innovative digital economy, innovation should be empowering. All citizens are a distributed and emerging form. Therefore, why we mention the digital economy now is precisely because it can bring a lot of innovation opportunities empowering citizens.

Why do I think promoting social equity is a goal of our future development in Hong Kong? The polarization of Hong Kong is obvious to all. By 2020, 550000 people in Hong Kong were below the poverty line, accounting for 8% of the total population. As a very rich society, this is unacceptable. How to solve this problem? Why did we have polarization in the past? One is the financialization of the economy, which actually hollowed out the real economy. Now to fill the gap in the real economy, metaverse must be the direction of our future development. Now metaverse has seen many innovative concepts, such as sharing economy and common prosperity. On this premise, metaverse can lead the world, which I am very confident.

In terms of education, from another perspective of metaverse, it can help solve the problem of educational equity. In fact, only 20% of Hong Kong’s high school students go to college after graduation, which is lower than that in the mainland. I have made some arguments that metaverse will bring educational revolution in the future. Why do I think education in the future must be a decentralized model? Why will it develop in metaverse? Of course, this includes some technological innovations, but I think more important is the innovation of ideas. It is not only technological innovation that can really give us a very vivid lesson. For example, in history class, we are likely to return to history in metaverse, so the history I learned will be more vivid than what we learned in the classroom now. There are also some popular ideas to help realize the fairness of education. These ideas will eventually play a very important role in fair education in Hong Kong and even the world.

Through this epidemic, the government of Hong Kong has exposed many problems in governance, especially the phenomenon of “streaking” in dealing with the crisis. Now we often make complaints about Hongkong’s efficiency. Through this epidemic, we see a trend. In order to solve the problem of efficiency, we need to strengthen centralization, that is, our government should have stronger executive ability and stronger administrative ability. However, in metaverse, we often talk about the so-called concept of decentralization. In fact, many things are completed efficiently under the framework of decentralization. In the future, we can really improve our governance model through metaverse. People often argue whether our future system is a strong administrative led and centralized system or whether we have more decentralized mechanisms in the future. People who hold these two views argue endlessly. I personally believe that driven by metaverse, our governance in the future must be two legged and centralized to a certain extent. This concentration must be based on infrastructure, including our digital economy. It cannot be done without certain administrative concentration, and it is impossible to do without some government resources. However, at the same time, in another form of creation, we will also see many decentralized spontaneous management methods, which will coexist in the future. And it is precisely because of this coexistence that we can really promote the efficient and fair development of our society.

To sum up, I think now Hong Kong has reached the juncture of many social problems that need to be solved, including how to find the next development point of society, including how to achieve a fair society and how to solve the problem of the gap between the rich and the poor. At this time, there is only one way. This way is that we must produce in the sharing economy dominated by digital economy. We are now talking about innovation, but we should also take into account that Hong Kong cannot return the manufacturing industry to Hong Kong in the short term, so it is very difficult for Hong Kong to develop the traditional real economy. However, if we regard the digital economy driven by metaverse as a part of the real economy, Hong Kong has very superior conditions. Therefore, after recognizing such superior conditions, we must vigorously develop the digital economy and metaverse. The government should make a strong investment, invest in the infrastructure of the digital economy and education, so as to truly make Hong Kong a prosperous A shared and fair society.