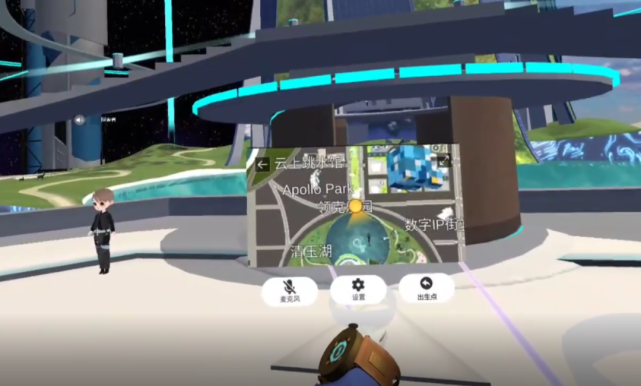 The geographical location of Lingke 4S store is just like everyone’s must pass through. It’s really a rare advertising space. But for me, it lacks enthusiasm. The concept of metaverse is very big, but Baidu still needs to think about its root.

Today, metaverse is constantly replacing the share of online live broadcasting. The press conference live broadcasting business, which has become popular due to the epidemic, has also entered an era of dimension reduction and cost containment by metaverse.

In the advertising intensive automobile industry, at the beginning of hearing about the concept of metaverse, many press conferences have begun to be crowned with the name of metaverse, but at present, there is only xirang launched by Baidu in the strict sense.

In this spring, metaverse began to have close contact with cars. 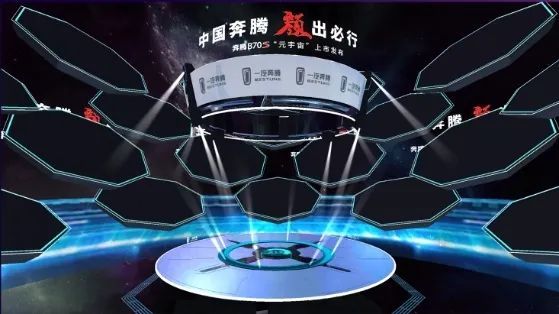 In the virtual world, create a new car virtual test ride intelligent interaction, restore the interior appearance of the new car in a real way, and show the core selling points of the new car on the way.

But there is more than one brand in xiranli.

On March 14, the “Lingke paradise” jointly built by Lingke and Baidu xirang was officially unveiled on Baidu xirang metaverse platform to open the experience to the public.

After three months, I put on VR glasses again to see what has been updated in Xi soil now?

Compared with the first version of Xi soil, it is obvious that 3D modeling is more refined, and the situation of threading will not happen, but from the moment you enter the virtual world, you will still have a disorder of time and space.

It may be restricted by the current chip capability and the development progress of metaverse. The picture quality of Xitu is still far from that of GTA evil city released in 2004. It’s hard to imagine using some very advanced equipment (VR Glasses + 6D handle + WiFi 6) and suddenly crossing the game world 20 years ago. It’s inevitable to feel that the real time is separated from the technology and retro pictures.

For example, the sky is still two rough maps, no night and day, no weather, no gravity, even you can’t jump, and other people’s real-time actions can’t be fed back in real time.

It may be because Baidu has suffered losses in the progress of commercialization before. When we enter the current Greek soil, you can find that there are no interesting things in your world except brand advertising and embedded advertising, such as the airship of partner link and the billboard of NVIDIA floating in the sky. 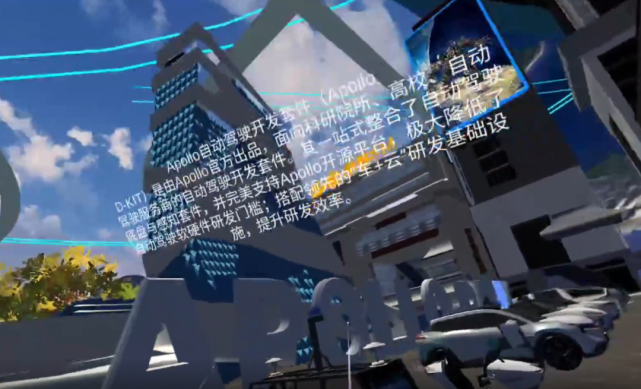 In addition, I caught a glimpse of Intel’s virtual building, radish fast running virtual station, Apollo autopilot Science Museum and so on. 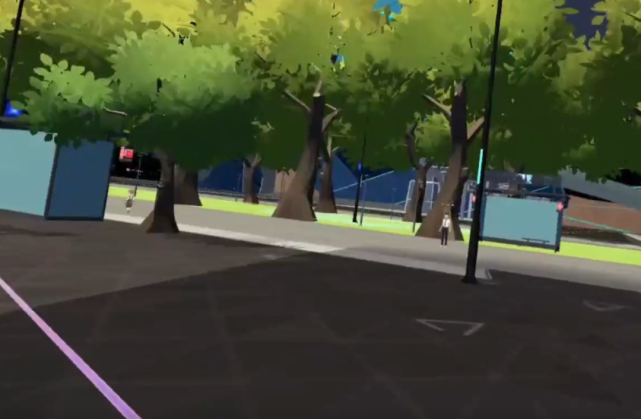 But what’s wrong? I’m in the virtual world. Why do you let me wait for the bus at the station? Why don’t you give me a blinking ability? 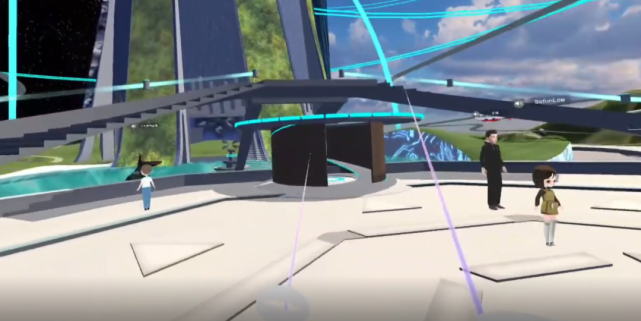 Of course, even if there is a station, it is not difficult to find Lingke’s 4S store. From the birth underground elevator, turn left and then left, that black house is. 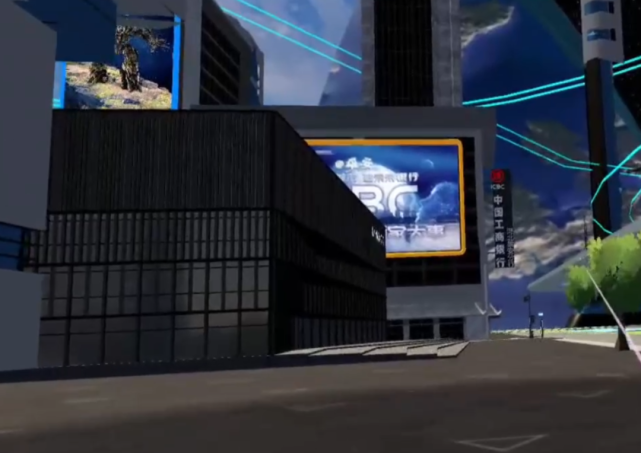 Geographically, this is the nearest business center of the birthplace, and even ICBC is behind it. 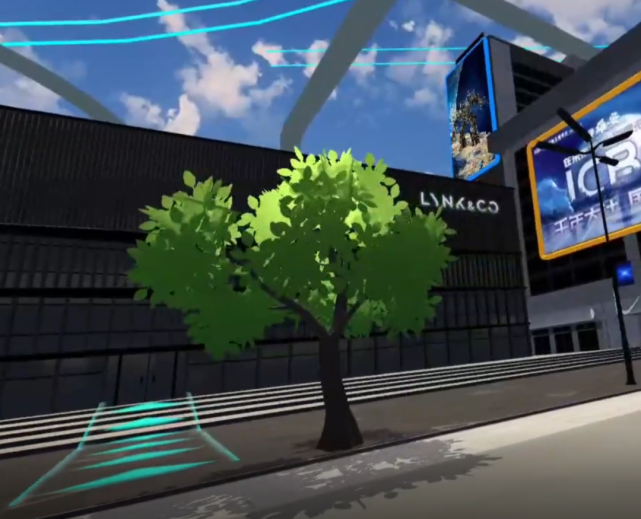 As like as two peas, the shop looks exactly the same as the 4S shop style of the real gram collar. We only need to enter by arrow, but from fengshui, there is a tree at the front gate which can block money.

In addition, the first entry may load about 1g of materials. From another point of view, that is to say, the 4S store of Lingke is built with 1g of materials, and the amount of data is not very large.

Various data and details of the vehicle are more intuitive

After entering the exhibition hall, the style of all partitions and even peripheral products is the same as that of the real Lingke.

In different corners of the exhibition hall, there are also different flagship models of Lingke, with three first-class scenes of fuel, new energy and performance vehicles, involving 6 vehicle lines and 12 versions. 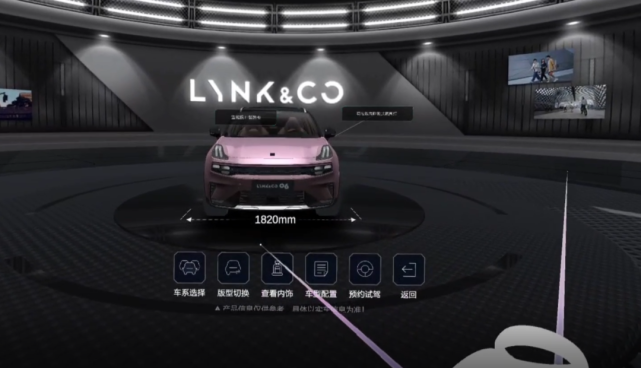 You can see the important parameters and configurations of the model at the side of the model, and these features will also be guided and pointed out by the indicator line at different angles.

For example, if you go a little farther, you can see a line drawn under the car, marking the length of the car body. 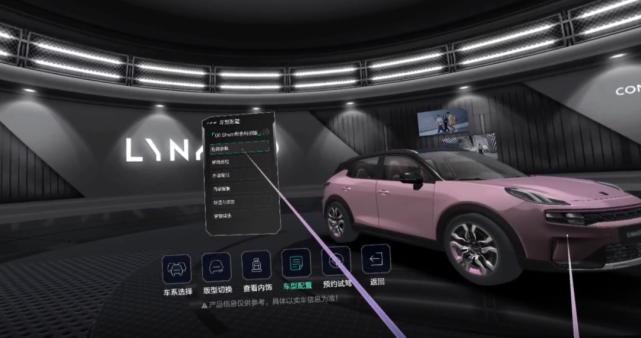 Of course, you can open the door, open the trunk and so on. 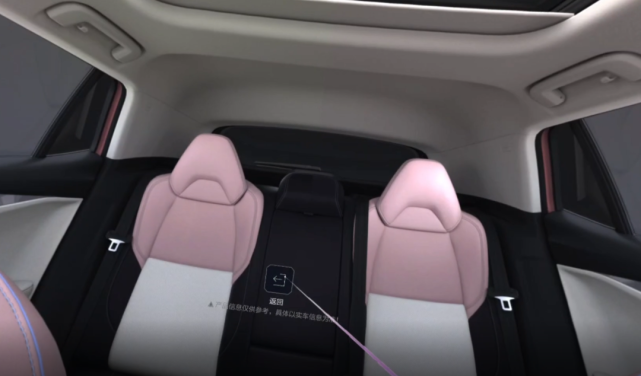 You can also enter the interior to check, but the current interior is still spliced from the plan, which is very unnatural and needs to be updated and detailed in the future.

It can be said that the experience of seamless combination of online shopping, offline test drive and car collection has been completed.

However, the functions claimed by link such as virtual conference, virtual social networking and virtual entertainment have not yet appeared.

Link has said that in the future, it will realize new experiences such as online auto show, new car press conference, virtual test drive, virtual spokesperson and digital collection. At that time, the periphery of the line may become NFT after NFT. 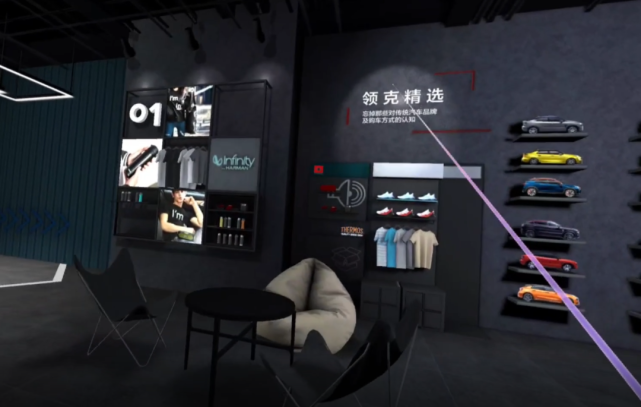 At present, the traffic in Xi’an is still relatively small, and there are fewer tourists entering Lingke 4S. After I visited all the models, only one or two users met me. 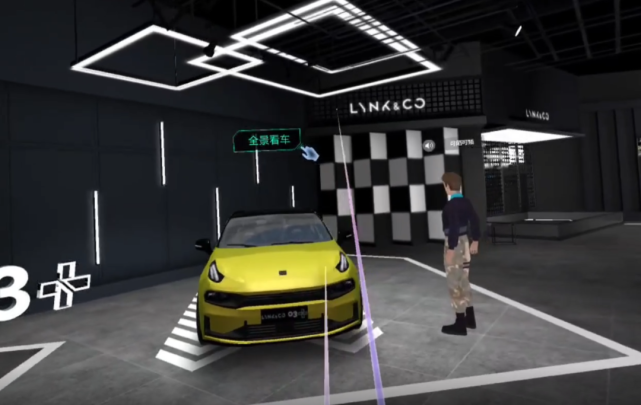 After all, it is still the primary stage of metaverse. At present, the symbolic significance is greater than the practical significance.

This is not the metaverse I imagined

Leaving aside the fineness of production, this is still not my ideal metaverse form. This is mainly because Baidu has absolute control in this metaverse.

In Greek soil, baidu is the creator, and can even be understood as the God on earth.

It continues to be the master of all things in the world. Everything can be commercialized. At the same time, it is also the definer of rules.

In a word, decentralization has not been achieved. 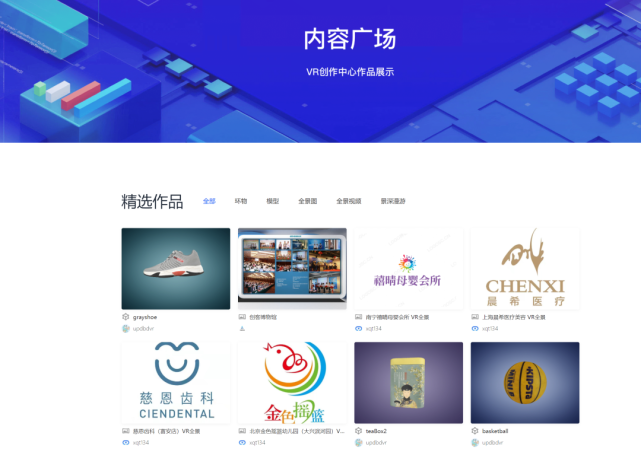 The reason behind the lack of decentralization may be related to compliance or the concept of product development.

From this point of view, xirang is experimental. Its appearance and experience make it more like an Internet portal with a new concept, seizing the first batch of users with the gimmick of 3D world.

Like a rough game, it lacks the excitement brought by the application of new technology.

It naturally lacks stickiness to users.

At present, no matter large or small NFT platforms or metaverse platforms, what really creates value and realizes value mutual recognition is based on public chain technology. A simple understanding is that any data, artwork and tokens on the public chain are common in every public chain metaverse or public chain trading platform, and no platform has the right to interfere with my personal digital property.

Of course, xirang is still waiting for the maturity of China’s local public blockchain.

This involves another question: should metaverse be globally interconnected?

Does metaverse still need to create scarcity and realize it quickly?

These are hindering the development of business model. What we are seeing is that all metaverse are attracting brands to settle in at a low price or free mode, and claiming permanent property rights, which is intended to realize the appreciation of virtual land and the business model of the real world. They are intended to rebuild the digital world.

But another way of thinking, the emergence of metaverse is not to avoid this problem, but should be the parallel development, inclusiveness and mutual trust of multiple metaverse?

The first contact with metaverse didn’t leave a deep impression on me.

The concept of metaverse is very big, but Baidu still needs to think about its root.