The news of a proposed sale of equity made giant network (002558. SZ) usher in a long lost trading limit. 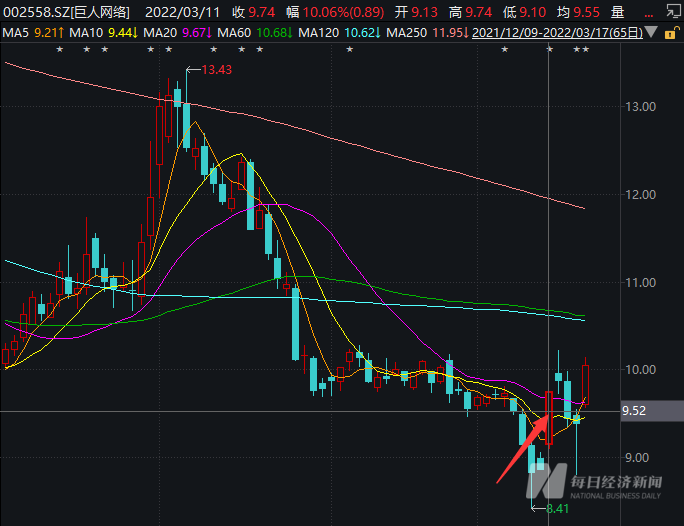 On November 3, a subsidiary of playta Corp. (hereinafter referred to as “playta Corp”), which is a subsidiary of NASDAQ, announced that it plans to sell its shares. According to the announcement, if the potential transaction is completed and leads jukun network to sell all or part of its indirectly held playtika shares, it may have a significant positive impact on the company’s financial condition and operating performance.

The news of the planned sale of playtika’s equity has finally ushered in the final chapter of giant network’s six-year “obsession”. The reporter of daily economic news noted that since 2016, giant network has repeatedly tried to integrate playtika into the system of listed companies through restructuring, capital increase and even share donation, but it failed to achieve.

With playtika successfully ringing the bell on NASDAQ and gradually bringing benefits, why did giant network suddenly sell playtika? Can the PC Game giant return to its heyday with metaverse’s new story?

Every time the reporter contacts giant network for details, the other party says that the announcement shall prevail.

According to playtika’s previous announcement: “in order to maximize shareholder value, its board of directors has begun to evaluate playtika’s potential strategic options. As part of this process, the board intends to consider a full range of strategic options, which may include the overall sale of the company or other possible transactions (hereinafter referred to as” potential transactions “).”

It is reported that at present, the evaluation procedure of potential transaction has been started. Playika holding UK II Limited indirectly controlled by jukun network, as the controlling shareholder of playika, is one of the participants in the potential transaction. According to the 13D document, as of February 25, 2022, the proportion of equity held by the platform in playtika is 51.8%.

According to the relevant announcement of giant network, giant network is ready to buy playika under Caesar entertainment with us $4.4 billion in cash in 2016. However, the acquisition in 2016 ended in failure. In the following years, giant network has repeatedly promoted major asset restructuring and acquisition of playtika, but none of them succeeded.