2022 has just begun. Metaverse, a concept that swept through our lives like a strong wind last year, has been mentioned again by major parties. The first shot of the metaverse concept in the year of the tiger was Shen Teng’s sentence “I’m tossing dogs in metaverse” on the CCTV Spring Festival Gala. Of course, other satellite TV stations are unwilling to fall behind and have confirmed the possibility of the landing of metaverse technology. For example, Dongfang satellite TV chose XR technology to launch virtual digital people, and Beijing Satellite TV chose the digital person “Su Xiaomei” of blue label group to make digital people appear in the public spotlight again.

Now, we can feel that the concept of metaverse is gradually penetrating into all aspects of life, and the reason for this result is inseparable from the central and local policies. The press conference held by the Ministry of industry and information technology proposed to cultivate a number of innovative small and medium-sized enterprises entering emerging fields such as metaverse and artificial intelligence. This decision is undoubtedly a shot in the arm for enterprises that have entered the metaverse track or want to enter the metaverse track, This makes them more confident and motivated to strengthen the forward-looking research and development of metaverse’s underlying core technology and basic capabilities, and promote the development of new terminals that deepen perceptual interaction and the construction of systematic virtual content.

In January 2022, Shangmei life group took the lead as the first representative of the hotel industry with digital virtual human, with more attention and foresight. The virtual digital human shangxiaomei they created was included in the world’s latest top 50 list of virtual digital human, and became the leader in the industry. As an important part of metaverse, virtual digital human undertakes the important tasks of corporate image, corporate cooperation, enterprise operation and management, as well as Shang Xiaomei’s responsibilities. As an important step in the layout and brand strategy upgrading of Shang Mei Group, Shang Mei life group released the Q version of Shang Xiaomei during the spring Festival, opening its new year debut.

In addition, in March 2022, Shang Mei life group also launched the official account in 2022, which restricted the tide of the year of the tiger in playing the blind box, capturing the psychology of young people playing with blind boxes, and using blind boxes to further enhance the influence of the Shang Mei life group. The design of the blind box is also in line with the current preferences of young people. Cool eyes and lovely red tiger hat attract people’s attention. In addition to the festive red blind box, there are blue ones to meet the preferences of different people. 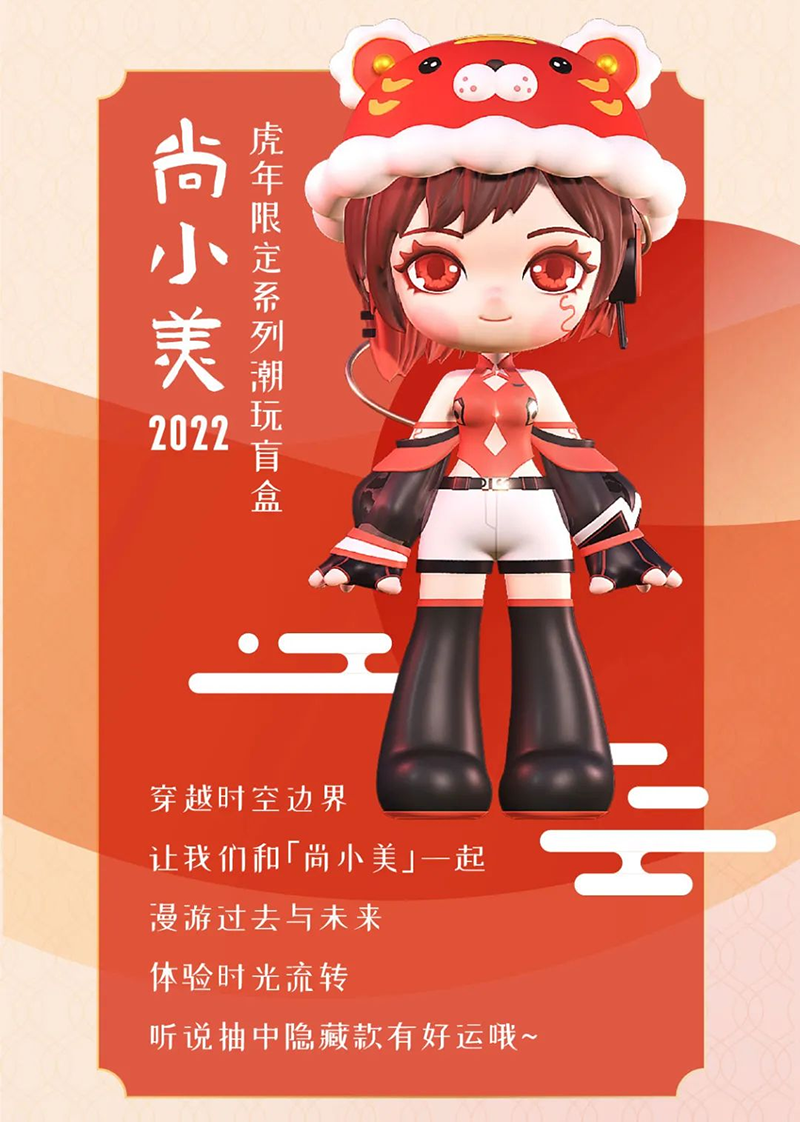 The launch of version Q Shangmei blind box is not only a strategic step for Shangmei group in the direction of trendy play, but also the development of the commercial value of virtual digital people. The mode of “Hotel + trendy play” is also very novel. I believe this new mode of Shangmei group can attract more young people. In the future, metaverse of Shangmei group will jointly empower the future scene of the hotel industry through the integration of trend culture and technology. Shang Xiaomei will continue to roam in the vast space of “metaverse + Hotel” with a sense of technology, interaction, vision, immersion, crossing and other infinite immersion images!