When we reread the Communist Manifesto and look at the current intelligent society along the track of Marx’s research on the proletariat and the bourgeoisie, a question worth pondering is: are we about to usher in the social civilization of “useless class”, “intellectual class” and “leisure class”? This has brought about the reversal of the relationship between man and the world: digital privacy, the transfer of control and deletion of personal information in a world of super memory, super replication and super diffusion.

Intelligent civilization opens the second process of “why people become people”, that is, how to stick to the moral bottom line of “people”, how to guide and regulate the development direction of intelligent technology, and establish ethics about the future.

If we say that in the natural environment, human beings follow the natural laws, the survival of the fittest and the survival of the fittest, then in the social environment, human beings form a social framework from fearing nature to controlling nature, and human sociality has become the intermediary or vision for people to look at nature again. With the advent of the technological environment and the results of the first three technological revolutions, the technical standard has become the standard for judging other things. Human autonomy gives way to the authority of technology, and technology has become a new intermediary for human beings to look at problems.

The characteristics of the intelligent era created by the intelligent revolution are mainly the digital transformation based on artificial intelligence, neural engineering, biotechnology, quantum computing, nanotechnology, chip technology, deep social interconnection, man-machine symbiosis, and the universal use of robots, including the “metaverse” which has been widely discussed recently.

Metaverse is now a very hot topic. Its characteristics can be summarized as “transcendence”. The first is to go beyond single and pursue integrated application. Integrated applications include several major integrations, one is technology integration, and the other is platform interconnection. The interconnection between our current platforms is not so good, that is, the random switching between different worlds.

The second is to go beyond the interface and increase the sense of space. It is beyond the two-dimensional to three-dimensional state, beyond vision to perception. In the future, metaverse is perceptual and immersive. So the problem comes. Metaverse turns human perception into a commodity. Our original human perception is just your understanding and feeling of someone, something and something, which is a personal thing. However, after the emergence of metaverse in the future, how to guide your perception and make use of your perception has become the object of discussion by businesses.

The third is to go beyond static and increase the sense of situation. The fourth is to go beyond the body boundary and increase the sense of crossing. Finally, transcend reality and increase satisfaction. In the world of metaverse, we can realize some wishes that we can’t achieve in reality and achieve personal satisfaction. The digital world like metaverse knows what you want and can give you a lot of automatic satisfaction, because it knows your history and your joys and sorrows, which will provide business opportunities for businesses and bring great social changes. Behind all this is the role of algorithms and big data. In the era of algorithm manipulation, from empowerment, intelligence to empowerment, this itself constitutes the exercise of power, which also produces the fourth paradigm, namely data-driven scientific research.

The internal requirement of intelligent revolution is to reshape the relationship between man and nature, man and society, man and others, man and himself, man and intelligent robot and even biological intelligent robot from material to spirit, so as to guide, restrict and standardize the R & D and application of intelligent technology. Therefore, it is a crucial issue for any society to take humanistic care as the starting point for judging technology, society and nature, and how to rebuild a society with high entanglement and integrated development of nature society technology humanity. For example, this COVID-19 has a great impact on many traditional enterprises, but some high-tech enterprises have developed better and better, including the current network conferences, which have a great impact on our original mode of production. In fact, it provides a realistic basis for understanding some traditional ideas of Marx doctrine, and also helps to explain the contemporary value of Marx doctrine.

Rereading Marx’s theory of human development can find many new resources. For example, the first stage of human growth is natural form. The development of human ability in Marx’s original works is the interdependence between people, which is the simplest. The second stage is the material level, forming the material exchange of the universal society, which is the satisfaction of things. The third stage is to realize the freedom and all-round development of human personality based on common social wealth and common social development, which is a very high spiritual realm. 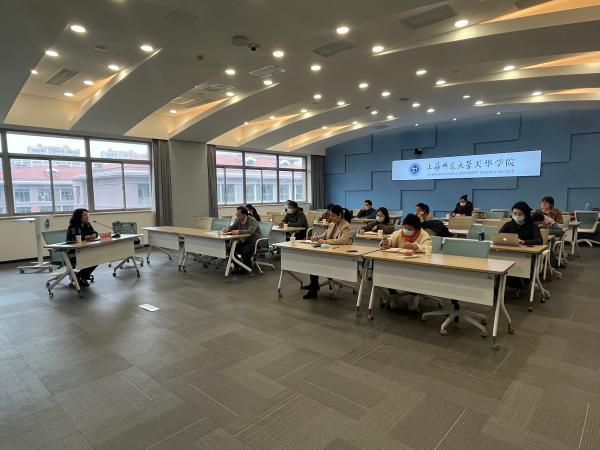 The author is deputy director and researcher of the Institute of philosophy, Shanghai Academy of social sciences.