We didn’t wait for Apple M2 chip at Apple’s spring new product launch this morning, but what is more exciting than M2 is M1 ultra, the research model in M1 family. We thought Max was the top model in M1 series. It seems that we are naive. Maybe there will be M1 extreme next year. 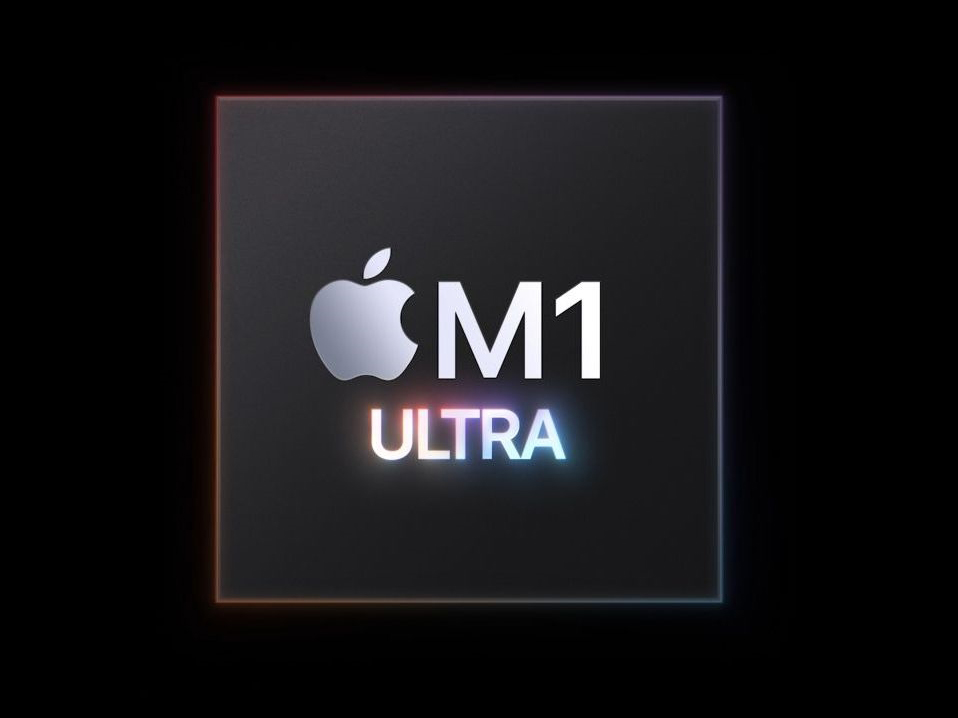 Let’s first look at the specifications of M1 ultra chip: 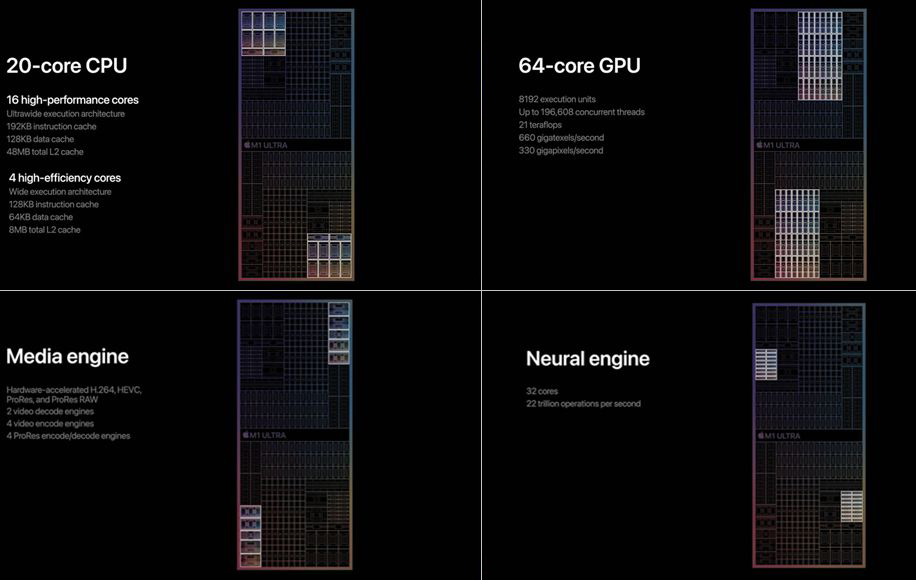 Top or not? How to realize such a specification?

Very simple, it can be regarded as two M1 Max connected together, that is, multi chip encapsulated MCM (multi chip module). 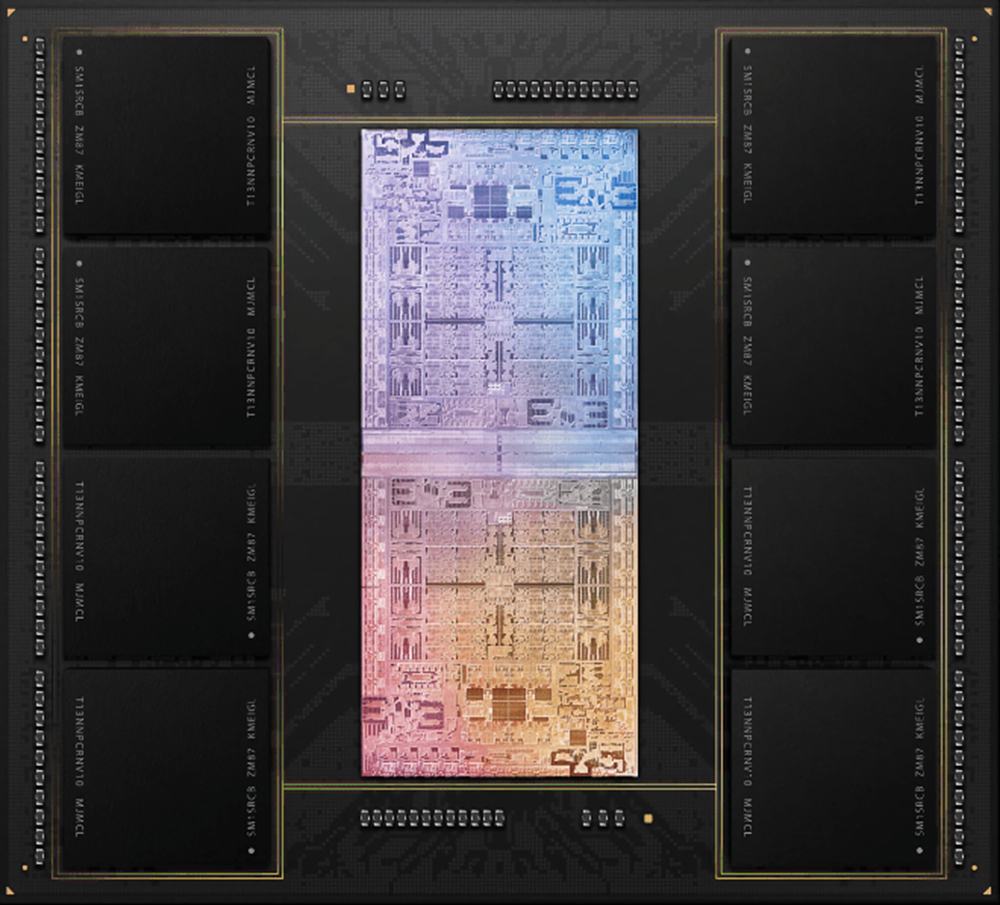 Does this architecture look familiar? Yes, it is similar to the Chiplets design of AMD Zen, which is commonly known as “glue Dafa”. Users who have used amd thread Ripper processor should not be too unfamiliar. Sapphire rapids adopted by Intel’s new Xeon processor is also this way. It is said that NVIDIA will also adopt MCM Packaging in the next generation GPU. But what’s amazing is that the die to die connector used by the two M1 Max in M1 ultra has a bandwidth of up to 2.5tb/s. Apple calls it “ultra fusion” super fusion architecture. It’s unclear what kind of packaging method is used (it may be 3D vertical stacking?). 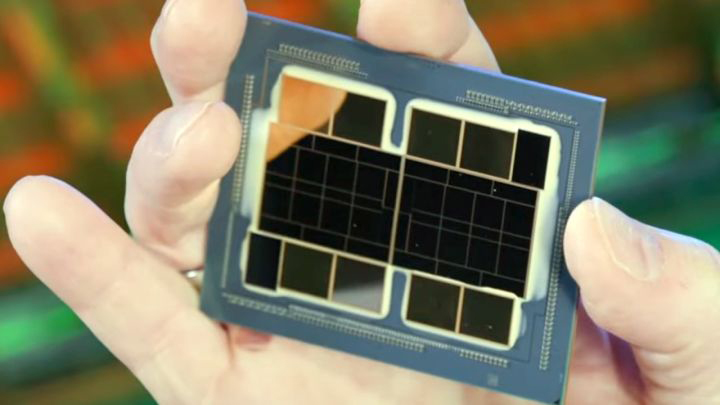 This bandwidth level is really frightening. You know, AMD’s infinity fabric 3 bus bandwidth is only 100GB / s. therefore, once Apple’s connection mode is applied on a large scale, the multi-core efficiency will reach a terrible level. In the future, the superposition of multiple M-series chips is m1metaverse. There should be no big problem with 40 cores and 64 cores (it is said that there are already versions with 4 tiles, that is, double the scale of M1 ultra chips)… Therefore, the Mac Pro with Xeon processor will soon exit the stage of history. 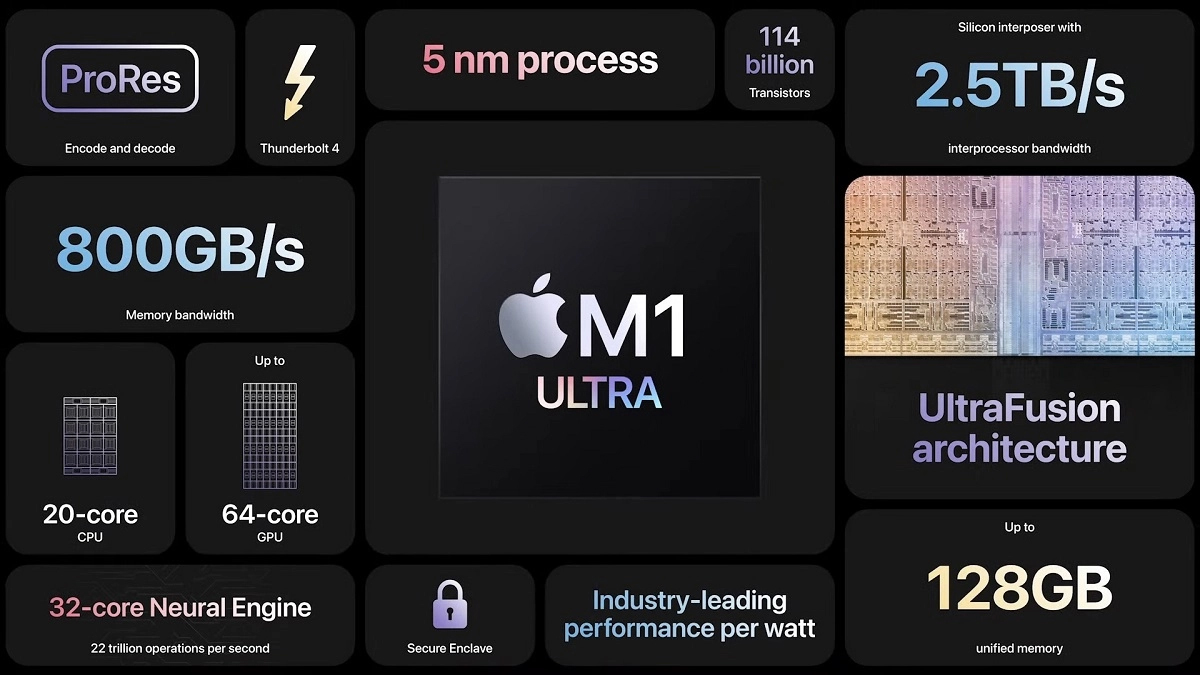 Even, once the apple silicon plan is completed, M-series chips are likely to enter the arm server, HPC and other markets. At that time, I think not only manufacturers such as Marvell who continue to work in the arm server market will face direct competition, but also players in the x86 server market should be nervous. After all, the PPW (performance per watt) of M1 series chips has been verified, For modern data centers, reducing energy consumption is a very important part. 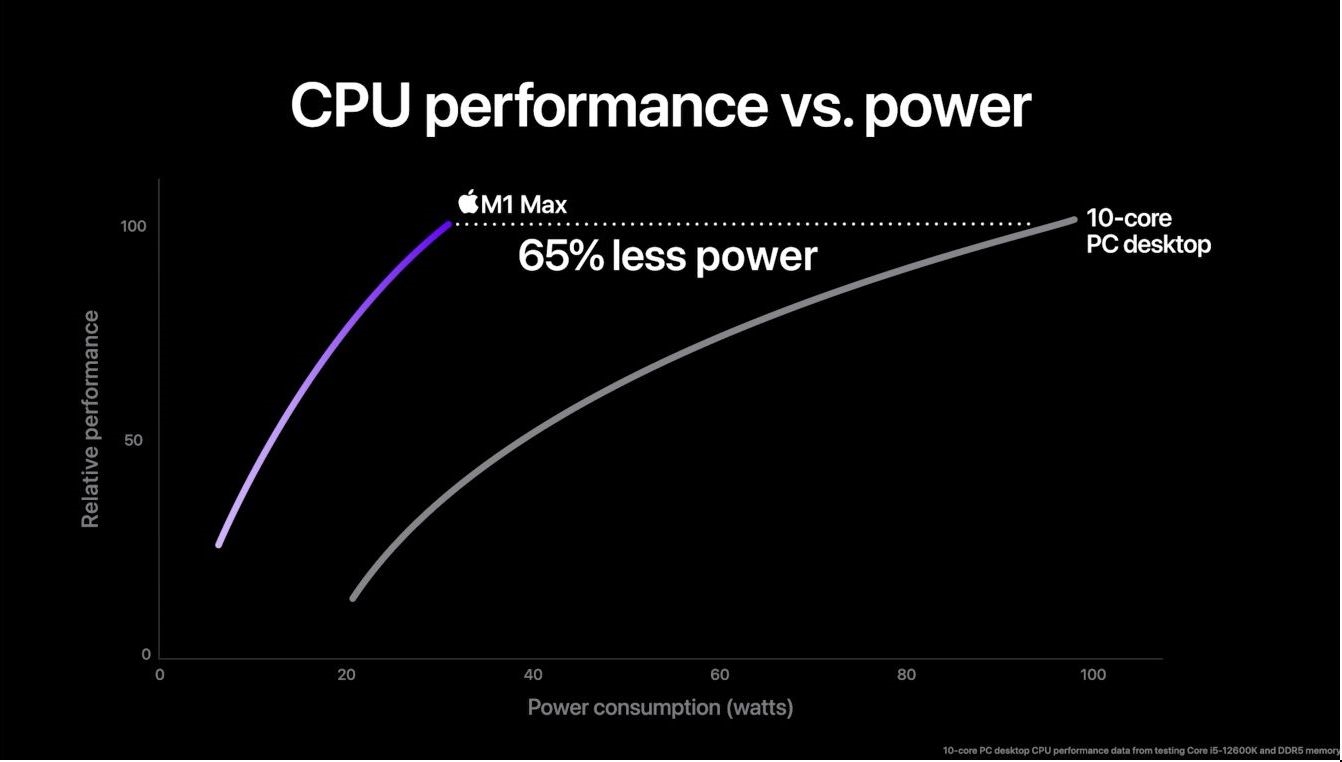 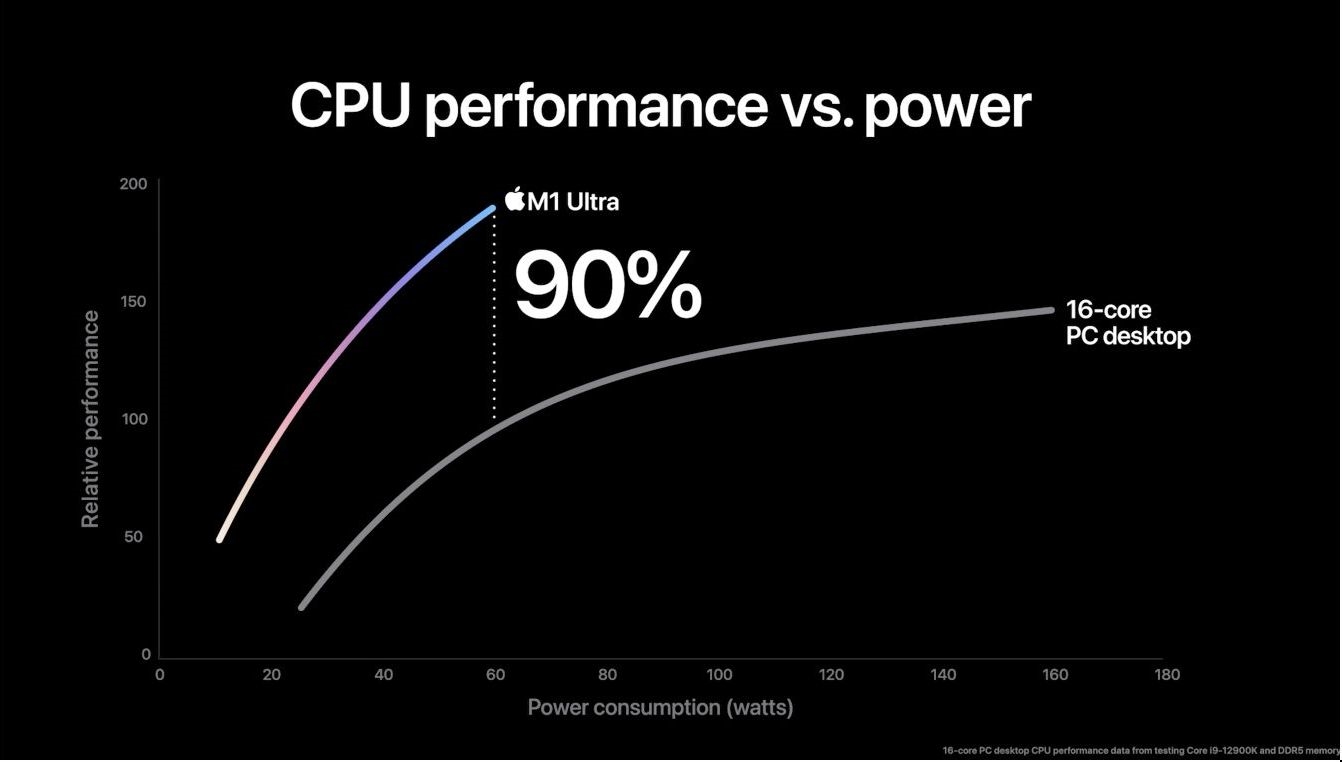 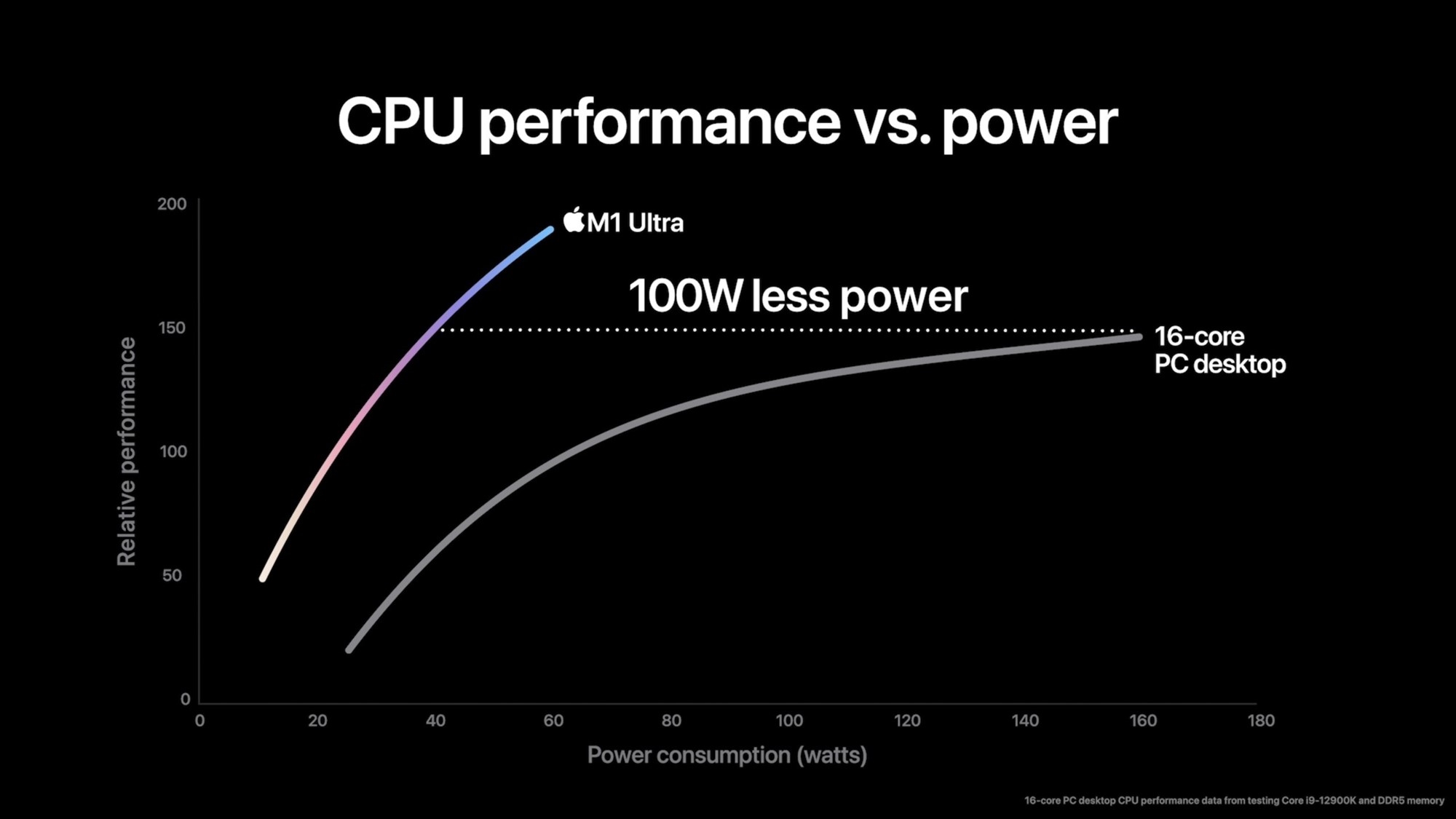 Under the above design method, M1 ultra basically achieves twice the absolute performance of M1 max, that is, “1 + 1 = 2”. For multi-core processors, this can be said to be unprecedented. Apple has given a set of data for reference on the relative performance of M1 Ultra: 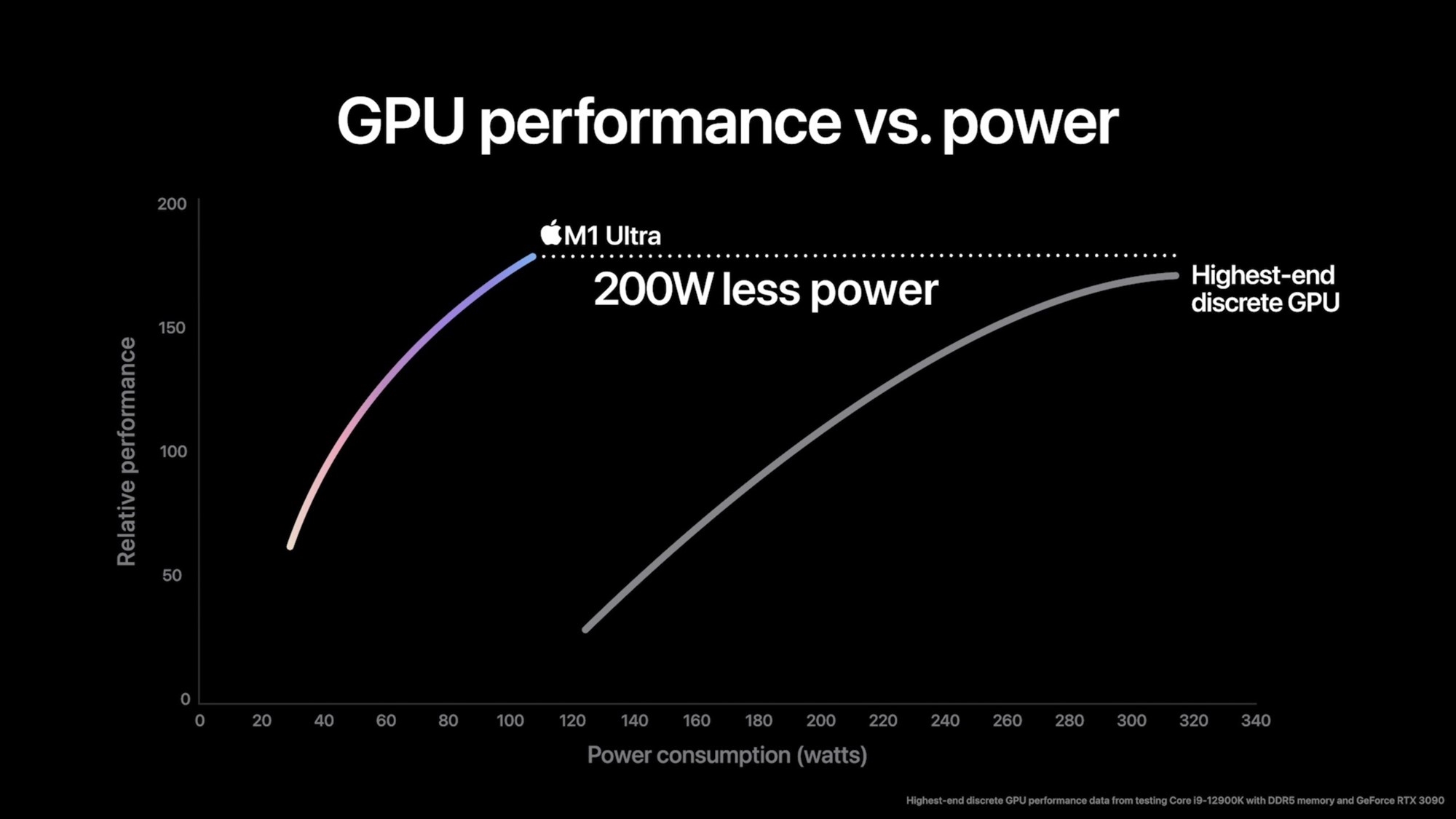 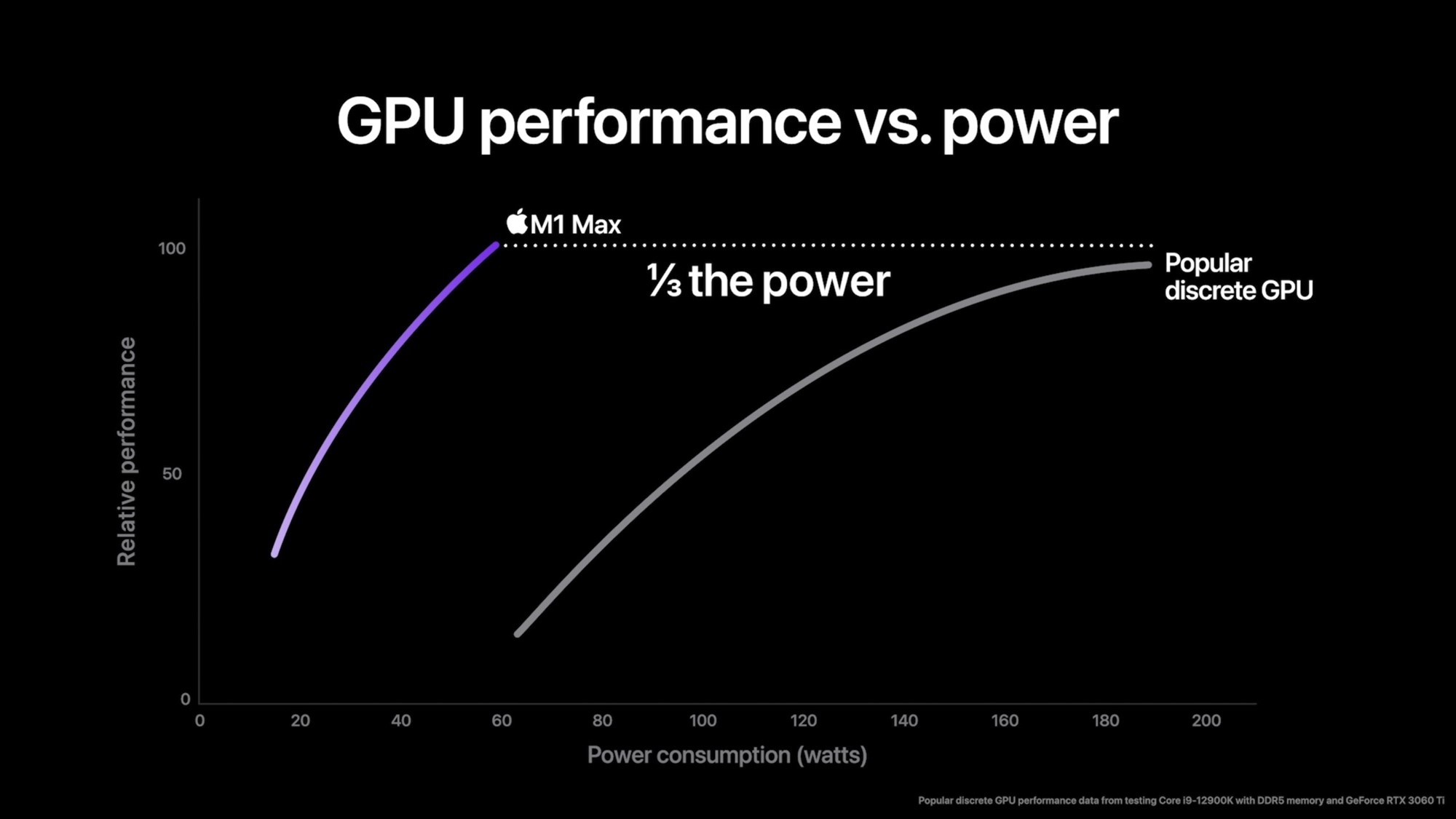 From the above comparison curves, we can see that M1 ultra is already a dimensionality reduction attack, and it is not a cutting method such as leading by 20%. However, these data are obviously obtained by increasing the number of cores. We speculate that the IPC of M1 ultra, that is, the performance of single core, may not change much.

Of course, these data should be obtained under the apple ecology, so let’s have a look.

Apple’s M1 ultra processor has been installed in the MAC studio released at the same time. It is expected that this super strong “mac mini” will become a “dream engine” loved by creative designers.

(the pictures in the text are from the Internet)