“At this year’s national two sessions, I brought seven proposals, mainly focusing on developing the digital economy, building ‘metaverse China’, accelerating the digital construction in the fields of transportation, energy, public health, and optimizing the business environment of private enterprises in science and technology.” On the eve of the two sessions in 2022, Liu Wei, member of the CPPCC National Committee and chairman of Jiadu technology, said in an interview with the securities times.

Countries all over the world are actively deploying metaverse, and many cities in China have also proposed plans to accelerate the development of metaverse industry. For example, Shanghai has proposed to “strengthen the forward-looking research and development of the underlying core technology and basic capacity of metaverse”. The governments of Chengdu, Wuhan and Hefei have actively stated their position in the government work report and take the initiative to seize the future track of metaverse.

In Liu Wei’s view, metaverse, as an emerging thing, currently has no standard mature cases to follow. What’s more, it needs the government to take the lead in demonstration and guidance to enable it to embark on the road of enabling the real industry and expanding the digital economy from the beginning, so as to lay a foundation for China to seize the frontier of science and technology in the future.

Therefore, one of the proposals of Liu Wei’s two sessions this year is to propose to build a “metaverse China” digital economy led by the government from the top, guide the close connection between the virtual world and the real world, and form a new social relationship platform with virtual reality integration and immersion and interaction. “This platform can not only seize the national business card of metaverse world, lead public opinion, improve national influence and promote the digitization of public services, but also guide the online industrialization of tourism, commerce, culture and other industries damaged by the offline epidemic. On this basis, it can also promote the standardized application of new technologies such as legal digital currency and digital assets, which can be said to be of great significance.”

Jiadu technology is a leading provider of artificial intelligence technology products and services in China. Many of Liu Wei’s proposals focus on “digital economy”.

In the proposal on accelerating the construction of digital energy-saving system in the field of new infrastructure and helping to achieve the dual carbon goal as soon as possible, Liu Wei pointed out that the field of “new infrastructure” represented by new networks, new facilities, new platforms and new terminals is also a large energy consuming user, but it also has its convenience in regulating the industry and its own energy efficiency. It is suggested that the government comprehensively promote the implementation of energy conservation and carbon reduction requirements in the new infrastructure field from the policy level.

In view of the increasing input pressure of overseas epidemic situations, Liu Wei also brought the proposal on enabling centralized isolation medical observation places with intelligent systems, scientific and accurate prevention and control, and reducing the risk of epidemic transmission. It is suggested that the National Health Commission take the lead to promote the new model of enabling centralized isolation medical observation places with intelligent systems throughout the country, Consolidate “civil air defense” with “technical defense”. It is suggested to give full play to the advantages of artificial intelligence and other advanced technologies to scientifically manage and serve the whole process of centralized isolation of inbound personnel; It is suggested to draft national standards and group standards for the construction of intelligent system in centralized isolated medical observation places, and promote their application throughout the country. 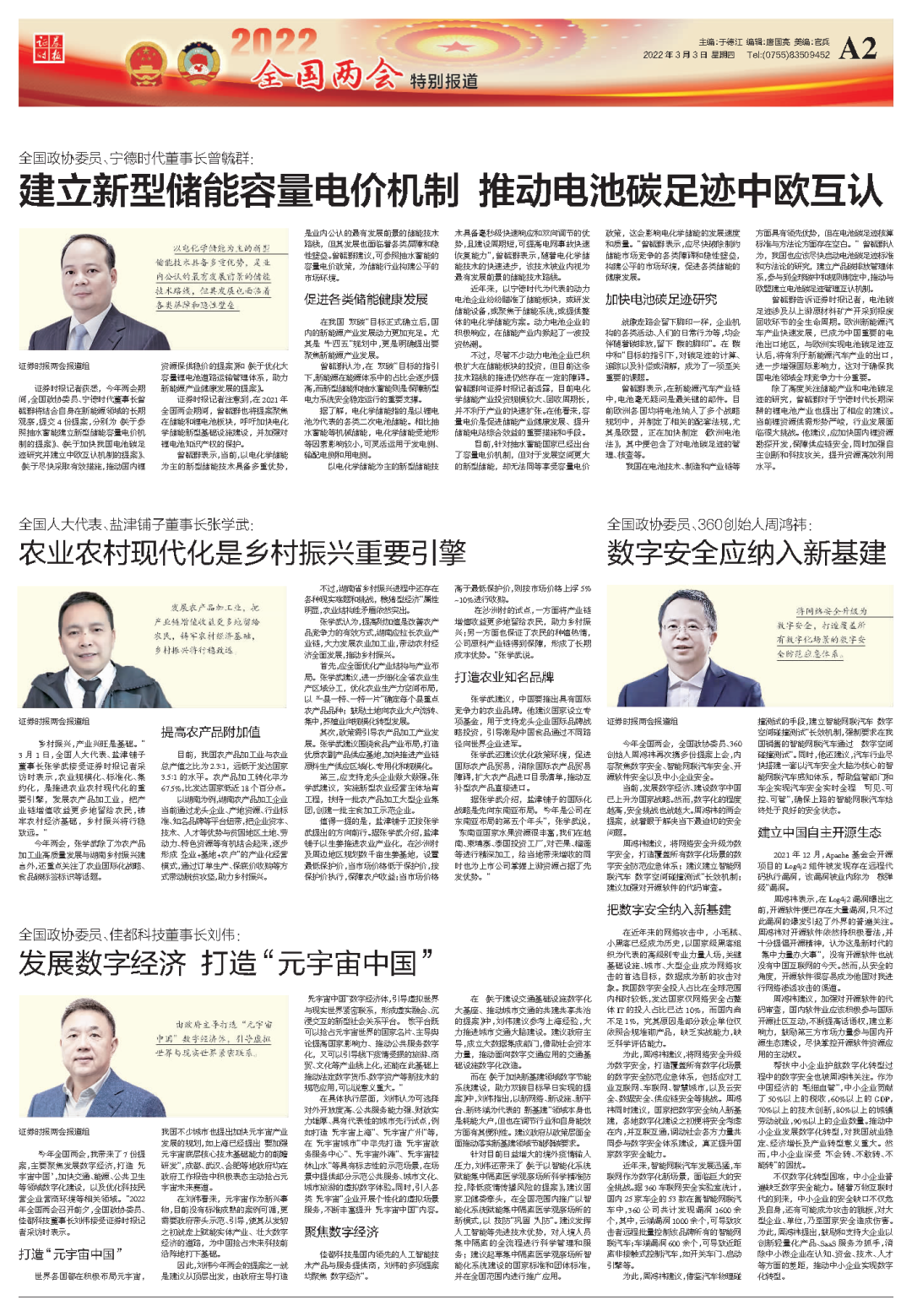