Almost all major Internet companies and countless technology companies have made every effort to enter the market for a new concept related to the future of mankind. This is not a sensationalism. It is closely related to everyone. It is a new concept that the stock market has been closed for two consecutive times. Foreign major Internet companies such as Microsoft, Google and Amazon have shaken their ribs and pushed forward in an all-round way, Many domestic bigwigs are also unwilling to fall behind. According to Tianyan, up to now, more than 130 companies have registered relevant trademarks, including giants such as Netease, penguin and perfect world. The world has set off a capital carnival, and behind the carnival is metaverse. These super capital will spend thousands of trillions to build another universe for all mankind. Here, we can go home to visit our mother in an instant, watch the sunrise at the top of the Himalayas in an instant, and travel around the world effortlessly. This is not only a crazy idea that means to subvert the world, but also a dream blueprint that makes countless capital crazy. So what is metaverse? Can it really give people a chance to live again? How likely is this rebirth to be realized? 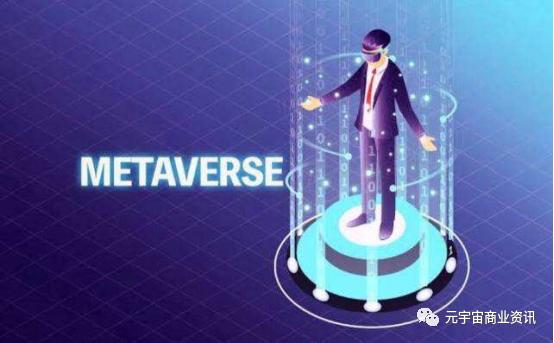 Today, metaverse business information, the authoritative public platform of metaverse industry information (pay attention to obtaining metaverse in-depth report, free of charge), makes a comprehensive analysis of the past, present and future of the metauniverse to see the specific value and what process needs to be experienced in life.

Metaverse comes from a novel called avalanche. In the novel, human life in the future is described as a digital world. People communicate in the virtual world, which has all the forms of reality. The so-called virtual world is not to let you sit in front of the computer and play games. It is to enter another new ability with touch, rules, emotion and parallel to the real world through VR devices. It is a multi metaverse Internet. The lasting and vivid digital world can grasp the boundaries of virtual reality. You can fall in love, work, start a business, play games, engage in R & D activities and so on. Everything that can be done in reality will be achieved. In general, it gives you a chance to choose your life again, and the currency of this virtual world will communicate with the real world. How about it? Do you think it’s incredible and really attractive.

What does the metaverse concept mean

The concept of metauniverse has become popular since it was put forward in the avalanche novel. Facebook founder Zuckerberg called out a few years ago to transform the whole company and fully explore the metauniverse. When people regard this as a joke, just listen to it. He directly announced that he would change the company’s name to metaverse and threatened to increase 10000 employees to enter metaverse. This move not only confirmed the value of metaverse, but also made the concept stock of metaverse rise twice in three days. It has reached a four-year record high. Objectively speaking, where is the metauniverse going? How likely is it to achieve competition?

The current society is definitely overcapacity, and it is more the product of civilized cognition. The house should not be 40 flat, but 1000 flat. Why? Because they want to feel spacious and comfortable, because of their social status. Clothes should not only solve the problem of cold and warm, but also the brand should look good. Why? Because the brand is good-looking, it can make you more confident in social networking. If there is social networking, friends, travel and economy in the meta universe, will you go? If there were a house, clothes and a car in it, would you buy it? Although metaverse cannot completely replace the current space-time universe, this is because the basic energy needs of the human body need to be solved in this universe. What about other elements? It can be realized for you. We don’t need to see the shortcomings of metaverse one sidedly and look at the metauniverse from the perspective of other conspiracy theories. Nothing can resist the progress of this era. In terms of material satisfaction, today more and more people are on the road of spiritual pursuit, career and parents. Metaverse is not far away, but now the world outlook and order of metaverse have not been built. With the passage of time, in the relatively near future, it will become our next way of life sooner or later. Get a more comprehensive understanding of what metaverse is and get metaverse in-depth reports for free. These reports are worth tens of thousands of yuan and are updated every day. You can download them on the public platform of “metaverse business information”.