NFT (non fungible token) non homogenous token and metaverse contracted almost all hotspots in the blockchain field in 2021, becoming one of the largest outlets. Under the tuyere, in addition to the layout of major technology enterprises represented by Facebook, traditional investment funds and hedge funds also began to be lonely and entered one after another. 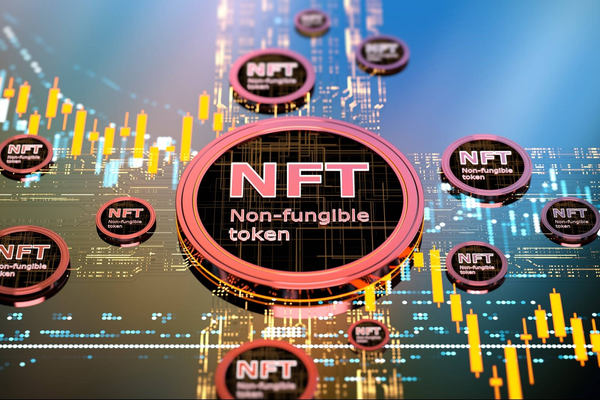 Google data also released a report that in 2021, the global search volume of the word NFT exceeded that of cryptocurrency for the first time. With the auction of NFT works of art such as “the merge” at a sky high price of nearly US $100 million, people’s attention has been shocked again and again, and many celebrities, such as Paris Hilton, Eminem and Jack Dorsey, have also entered the game one after another, spending huge sums of money to buy NFT art collections, which fully proves that blockchain art collections have high economic value.

With the popularity of more and more digital art players, the scale of NFT market based on blockchain is growing rapidly. According to the report released by the market research agency chainalysis in December, the market scale of NFT exceeded US $40 billion (about 170 billion yuan) in 2021. According to the survey report of zero one think tank, with the development of Web 3.0 billion With the deepening of 0 application, NFT can even support a trillion level market in the future.

As early as 2018, the parent company of the New York Stock Exchange, the Intercontinental Exchange Group (ice), has announced that it will jointly build an open and regulated global digital asset ecosystem with Microsoft, Starbucks, Boston Consulting (BCG) and many venture capital institutions. This can be regarded as the initial attempt of Wall Street financial giants in the field of blockchain. However, since 2021, with the birth of new concepts such as metaverse and NFT, it seems that for a moment, Wall Street’s interest in blockchain, an emerging financial product, has soared. According to media reports, only in the second half of 2021, The Securities Regulatory Commission of the United States has received more than 50 applications for blockchain ETF. Several of the largest trading funds on Wall Street, represented by Tiger Fund and bridge water fund, have even directly announced their plans to enter the cryptocurrency market, The old hedge fund company “Viking investment” directly announced that its “Viking long fund master Ltd” will undertake the task of finding a suitable team in the field of blockchain art collection for investment. It is expected to complete the plan goal of investing 10 billion US dollars in this field in 2022.

The next decade will be the golden decade for the development of metaverse. It is also a decade of breaking the traditional financial structure and reallocating social resources due to technological innovation. Whether we can seize the opportunity and make good use of the opportunity of metaverse and blockchain art collection is not only the key for many technology enterprises and financial giants to redistribute the market, but also the key for ordinary people to achieve wealth growth.