What is metaverse? What impact does metaverse have on us? Is metaverse a tuyere or a scam? Today, the “metaverse business information” platform (focusing on obtaining 1000 metaverse in-depth reports +) will discuss my views on metaverse with you. First of all, to understand a new thing, we must trace back to the source and find its starting point, so as to see its essence.

What does the metaverse concept mean

The term metaverse was born in the 1992 science fiction avalanche, in which Stephenson described a network world parallel to the real world – the meta world. All people in the real world have a network separation in the meta world Yuanjie: it is a new form of the Internet in the next stage after the realization of virtual reality. About metaverse, the most recognized source of thought is verno, an American mathematician and computer expert In his novel real name published in 1981, Professor Wenqi creatively conceived a virtual world that enters and obtains sensory experience through brain computer interface. When it comes to this idea, I think everyone should understand that the early hougongfan novel “romantic Knight of online games” and Riman’s “realm of Swords” including the popular “number one player” in the previous two years all use this’ helmet technology. If this concept has developed for so long, why is it mentioned now? The first point is that the world’s technology has developed so far that it can be explored. For example, the VR glasses closest to us enjoy this miniature metaverse. Of course, with the development of every new technology, as a leader, Internet manufacturers have smelled the change of the next stage of the Internet. Facebook announced its entry into the market in a high-profile manner, and had to change its name and logo, which made many people realize that it was not a joke. Later, Huawei, Tencent, byte and other well-known domestic manufacturers also flocked to it. They didn’t want to miss this turning point that could make them proud of the Jianghu. Of course, whether Luo Yonghao could fight a turnaround, he also increased his horsepower, Everyone should have a deep impression of cyberpunk. It was extremely popular in those years. In fact, it is the shape world of metaverse. People squat at home for office, entertainment, leisure and so on, which can be realized by science and technology.

Science and technology are highly developed, and mankind is highly free. There is no country, no government and no difference. It is the ideal world for many people. However, many people will have doubts that this technology is not closely related to our lives, but will be eliminated. That’s the problem. Now we see that metaverse technology is related to games, mainly leisure and entertainment, but we know that Facebook is a dating software. It has a large base group, and naturally many people will follow suit, In the early stage, it is likely to become the lifestyle of high-income groups. 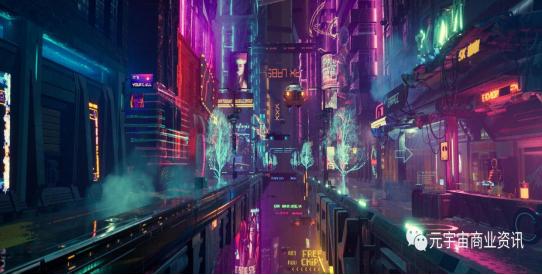 But if many big factories enter, will there be change? For example, we work at home without leaving home. During the epidemic, many people use computer video conferencing, but if metaverse brings us into a platform, we will have an immersive conference mode. Isn’t it very convenient? And once the office mode is popularized, it will be closely related to our life. For example, wechat and nailing, many people don’t like to use them, but they have no choice. Don’t sigh that it’s impossible. A few years ago, we went out with cash. Now a mobile phone will be easy to handle. In the future, it may become a glasses, referring to the game world of out of control players. What does a more comprehensive understanding of metaverse mean? What is metaverse? Get 560 metaverse in-depth reports, worth tens of thousands of yuan, and keep updating. Pay attention to the public platform of “metaverse business information” to get the full PDF version.

The ultimate sharing of metaverse is to establish a new world, which is equivalent to parallel time and space, in which we can live, work, shop and even fall in love. Under a new system, there will be a new winner, but who can build a new system, there will be a new dispute. Just like the Internet, the quality of the platform is extremely important. To be honest, this technology has big problems. For example, what about the real world when entering the virtual world? If this technology is as popular as the Internet, how can the real economy consider itself, and what about many elderly people who don’t even master the Internet? Overall, the challenge is still great. But I believe it will come true in the near future.