This article is transferred from: Youth Daily

In the future, maybe many people will have a pair of intelligent hardware glasses. After wearing it, they will enter a metaverse. There, you can learn, operate and play games in the state of high simulation

Gartner predicts that by 2026, 25% of the world’s people will use metaverse for more than one hour a day. On the one hand, metaverse, as an important platform for the interaction between virtual world and real society, is becoming an important track. But at the same time, it is still in its infancy, key technologies need to be broken through, and chaos such as concept alienation and speculation are frequent.

Technological breakthroughs benefit people’s livelihood, but they need to be standardized to prevent risks

“Shanghai is preparing a three-year action plan for metaverse. As a new track, we have been paying attention to its future development trend and have done relevant research.” Zhang Ying, member of the National Committee of the Chinese people’s Political Consultative Conference and deputy director of the Municipal Commission of economy and information technology, told reporters that in the process of research, they found that although metaverse originated from some games and attracted more young people, it is really widely used, including industrial simulation in the industrial field, which can improve the accuracy of industrial manufacturing, the ability of real-time control, and carry out remote monitoring, operation and maintenance. In the medical field, it can help telemedicine, improve the level of precision medicine and the coverage of medical education resources. 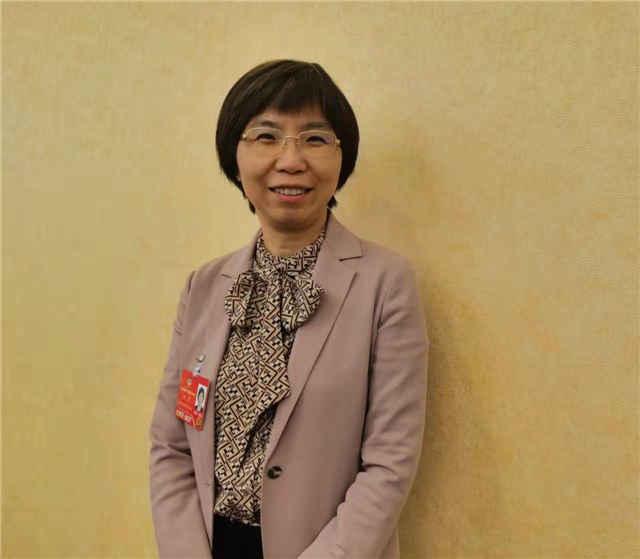 Some experts and innovative enterprises told Zhang Ying that the neural network technology, including artificial intelligence, can quickly construct the realistic scene of digital twins and improve the technical content of metaverse through the continuous evolution of technology, “In other words, it takes a long time to copy a scene. But through deep neural network learning, we can quickly build a twin world. This technology is very needed and can benefit e-commerce, service industry, exhibition industry, urban governance and other fields.”

“Let’s not take metaverse too narrowly. It can construct scenes that can’t be constructed before and benefit mankind. In the future, it may bring innovation in underlying technologies, such as 5g applications and breakthroughs in core basic software. You can get a better experience in metaverse’s virtual space.” But at the same time, Zhang Ying also reminded that metaverse is a double-edged sword. Because the rules in the virtual space have not been formed, the laws and regulations are not perfect, involving the protection of personal privacy and the confirmation of digital assets. When the technology cannot be guaranteed, it is impossible to build a complete system of laws and regulations. “For example, can I be guaranteed to buy digital art and digital goods in the virtual world?” Zhang yingdao.

It is worth mentioning that the current concept of metaverse is seriously generalized and hyped, which is not conducive to the healthy and standardized development of the industry. It is urgent to standardize the development to prevent risks. On the one hand, metaverse is still in the early stage of development. There are illegal fund-raising, fraud, false publicity and other illegal activities in the name of metaverse, which need to be guided and standardized. On the other hand, as a new type of digital cyberspace, if it is not developed properly, it may lead to various economic and social risks. It is necessary to strengthen forward-looking research and legal construction. For example, there are legal gaps in the confirmation of digital property rights and digital asset transactions, which may lead to social problems such as digital addiction, digital personality and the escalation of cyber violence, Impact on the Existing Cyberspace and social ethics.

During the investigation, Zhang Ying also found that metaverse, as the commanding height of the development of digital industry in the future, has a “neck” problem in some key technologies in China. Metaverse is technology integration, involving extended reality (XR), future communication, cloud computing, artificial intelligence, blockchain, digital twins, etc. At present, the relevant core technologies are still dominated by the United States and Europe, and China’s relevant industries rely heavily on foreign tools.

“China’s industry focuses on the upgrading of metaverse entertainment experience, and has not yet played its role in enabling the integration of virtual and real economy and strengthening real economy with virtual.” Zhang Ying pointed out that the development of metaverse can be “virtual” to build larger and more immersive games or communities; It can also “turn to reality” and enable the real economy to reduce costs and increase efficiency by using extended reality, digital sand table, digital native, AR / VR +, etc. From a domestic perspective, social capital and Internet companies mainly focus on the investment, acquisition and application of games, social networking and other cultural and entertainment fields. European and American leading enterprises are focusing on the combination of real economy and metaverse, and making breakthroughs in some fields. China urgently needs to speed up guidance and form a correct development orientation.

“In recent years, China’s digital economy has been at the forefront. In the process of a new round of development, the follow-up of the system is very important.” Zhang Ying stressed that we may not know what happened to the Internet in the early years, and the system lags behind. In recent years, the regulatory authorities have carried out active policy guidance and strategic layout for the signs and risk problems in the development of metaverse, hoping that the industry can develop in a positive direction, pay attention to legal gaps and prevent risks as soon as possible.

To this end, Zhang Ying put forward several suggestions. The first is to speed up the tackling of key technologies and build a hard core technology system that closely follows the world and leads the future. It is suggested that the national development and Reform Commission, the Ministry of industry and information technology and the Ministry of science and technology set up a number of major projects to focus on next-generation communication technology, Satellite Internet, intelligent interaction, computing chips, digital tools and new sensor technology, give further play to the strategic scientific and technological forces of market players, national laboratories and scientific research institutes, step up layout research and speed up the capture of a number of key core technologies; Actively participate in the formulation of relevant national and international standards and strive to master the international voice.

She also suggested that metaverse should form a development orientation of “strengthening reality with emptiness” and build an industrial innovation system that enables thousands of industries. It is suggested that multiple departments jointly carry out the pilot demonstration of “metaverse +” application innovation, focusing on the fields of industry, commerce, design, office, education, medical treatment and urban governance, and create a number of industry application benchmarks; It is suggested to rely on Shanghai, Beijing and other areas with good industrial foundation to arrange a number of pilot areas for industrial innovation and development of virtual and real integration, and carry out pilot projects first; Rely on relevant industry organizations to speed up the docking of upstream, middle and downstream industries.

In addition, Zhang Ying also proposed to speed up the improvement of the governance rules of digital space and promote the healthy development of metaverse related industries. Adhere to the two wheel drive of “system + technology”, it is suggested to strengthen the legal construction, focus on the confirmation of digital assets, prevention of digital addiction and digital content security, improve laws, regulations and judicial interpretation, and innovate the regulatory mechanism for the development of metaverse. “It is suggested that the national market supervision department strengthen the research and development of standards and norms such as virtual and real integration of digital space and related products and services, such as interactive terminals, so as to promote the healthy and standardized development of the industry. It is suggested that the relevant departments carry out joint law enforcement, strengthen industry supervision, crack down on illegal and criminal activities, and purify the development environment of metaverse industry.” Zhang Ying said.

He pointed out that since last year, the concept of “metaverse” has gradually been sought after. As an important emerging industry connecting the physical world and the digital world, it will reshape the digital economic system and reconstruct human production and life style. The 14th five year plan clearly requires “creating new advantages of digital economy”. The central network information office recently issued the action platform for improving digital literacy and skills of the whole people. “From top-level design to strategic planning, we have the foundation to develop the digital economy, but at the same time, we should also prevent individuals from taking advantage of policy dividends and cutting investors’ leeks.”

Tan Jianfeng suggested to study policies in advance and lay out industry supervision. Although the “metaverse” community operators still claim that this is a decentralized society, in fact, the rules of governance and trading are controlled and guided by enterprise giants. From the development history of the Internet, public opinion governance, transaction supervision, personal privacy protection and even the maintenance of national sovereignty in the network virtual society are severe challenges. “Metaverse” will bring greater challenges to the above problems. At present, NFT virtual artworks based on blockchain Technology (such as cartoon portraits and electronic oil paintings) have become popular in “metaverse”, but its supervision is difficult to implement, which may form a new channel for money laundering. Relevant industry regulatory authorities shall study regulatory policies in advance to prevent possible systemic risks.

“Objectively speaking, at present, metaverse theory is greater than practical application, and there is still great uncertainty in related technologies. There is still a long way to reach metaverse, and the return is still far away. Therefore, we should be more vigilant about the ‘story’ that is divorced from the specific scene. However, the overheated investment of capital market in metaverse and the vigorous publicity of social media are easy to have a negative impact on the public Misleading or adverse effects. ” Tan Jianfeng reminded that we should avoid using the “metaverse” community to guide social public opinion and the impact of financial and economic models, advocate a rational view of the soaring of metaverse concept stocks, balance market development, and do a good job in social governance and basic values guidance.