According to the definition given on the official website of the international NFT trading platform opensea, the full English name of NFT is non fungible token, which is “a unique digital item with blockchain management ownership”. The biggest feature of NFT is also reflected in its name, that is, irreplaceable. This is also an important difference between NFT and traditional digital currencies such as bitcoin and Ethereum. Irreplaceable is a characteristic juxtaposed with replaceable and semi homogenization, specifically: 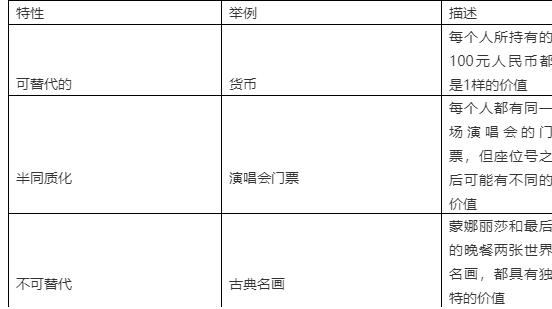 Generation and presentation of NFT

NFT generally has a corresponding work in the form of pictures, audio, video, 3D models, etc. The owner of the work or authorized a third party to make NFT based on the work and trade it on the shelves. According to the works corresponding to NFT, NFT can be divided into two types:

(1) NFT created by existing works, such as the digital collection created by Qi Baishi’s famous paintings in the figure below.

(2) Digital works specially produced for the release of NFT, such as phantom bear, touted by many entertainment stars in the figure below. 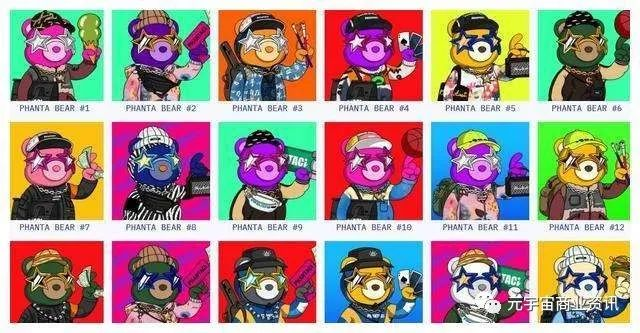 Although the essence of NFT is a string of computer code generated based on blockchain technology, for NFT buyers, the display form of NFT they see is more the works corresponding to NFT shown in the above figure, rather than paying attention to the content of computer code itself.

How to understand the irreplaceable nature of NFT?

In fact, the irreplaceable nature of NFT is relative, which is mainly reflected in two aspects:

(1) NFT and semi replaceable NFT are actually distributed in two ways. A single work (i.e. pictures, audio, video, 3D models, etc. corresponding to NFT, the same below) only distributes one NFT, which can only be purchased and owned by one person. This NFT has a special token standard “erc-721” on Ethereum. 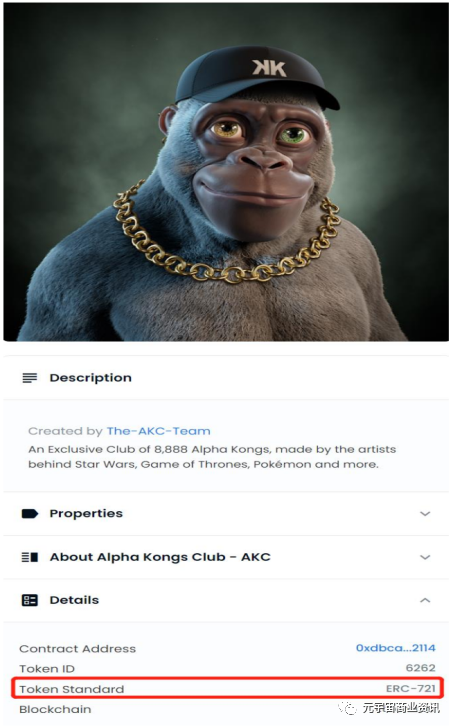 Semi replaceable NFT: a single work (i.e. pictures, audio, video, 3D models, etc. corresponding to NFT, the same below) can be distributed to multiple NFTs, which can be purchased and owned by multiple people. This NFT has a special token standard “erc-1155” on Ethereum. For buyers who buy such NFT, other owners will hold the same NFT, and NFT owned by different people can be replaced to some extent.

The number of NFTs issued by a single work will have a direct impact on the value of NFT. As shown in the figure below, the whale exploration app based on ant chain has a limited number of 10000 copies, and the price of digital collections is 19.9 yuan. 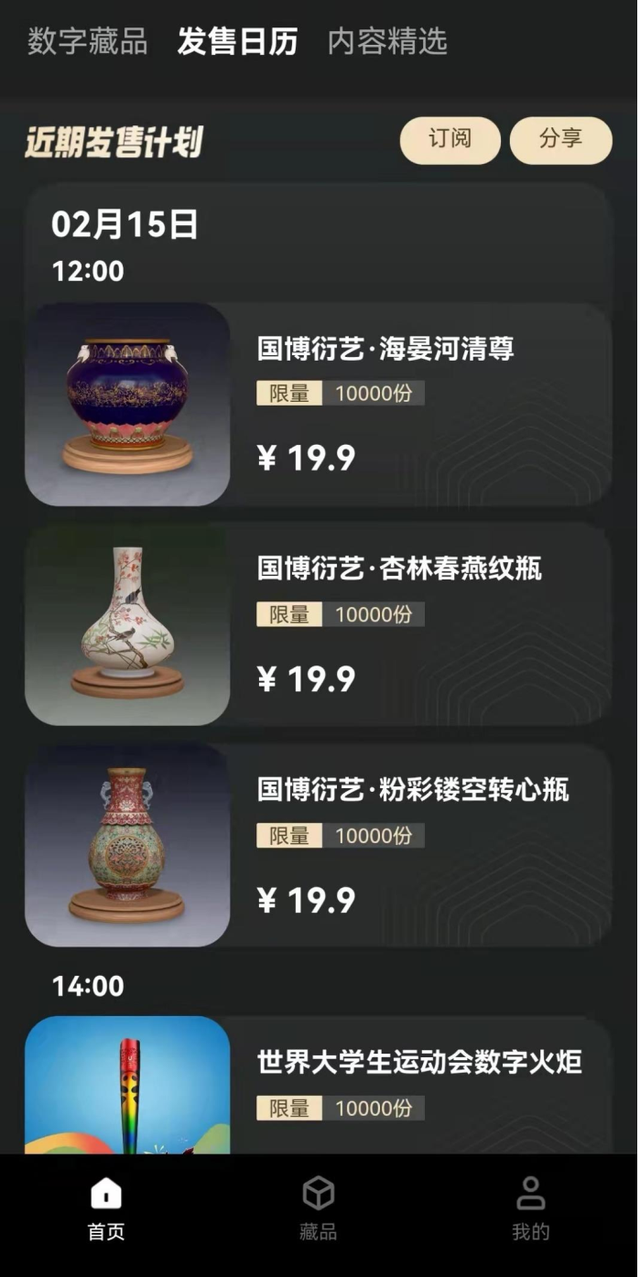 However, the price and transaction activity of NFT works [1] issued on the public chain with a large number of users and works are significantly higher than those of NFT works with the same content issued on the public chain with a small number of users. Therefore, this limitation does not substantially affect the issuance of NFT and the enthusiasm of people to buy NFT. In addition, large-scale NFT publishers and platforms will also abide by their commitment to the number of NFT releases and will not release the same NFT works through other public chains.

What did you get from buying NFT?

For NFT, buyers should first recognize that NFT is a string of computer code, not the work corresponding to NFT itself. For example, the buyer has obtained the digital collection created by Qi Baishi’s famous paintings, which does not mean that the buyer can have the physical entity of the painting, but has obtained the function of browsing and appreciating digitally in the corresponding software; In addition, even works in digital form when they are produced (such as the image of phantabear above), it does not mean that the buyer can obtain the ownership or copyright of such works. 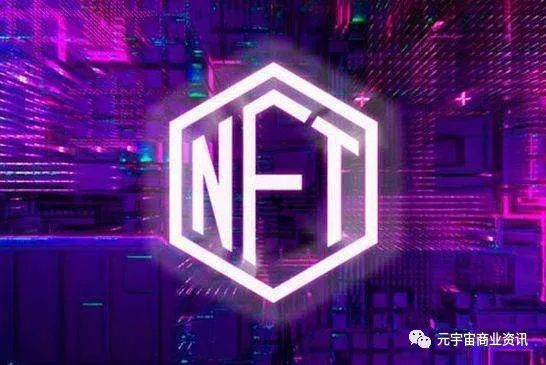 According to the provisions of China’s copyright law, copyright includes personal rights and property rights. Personal rights (such as the right of authorship) will be permanently owned by the creator of the work, and shall not be transferred or authorized; Property rights (such as reproduction right, exhibition right, information network communication right and performance right) can be transferred and authorized. However, in reading the service agreement of NFT trading platform, we can often see such an agreement: To sum up, generally, after purchasing NFT, users only get a string of computer codes generated by blockchain technology, which will record users’ purchase behavior and disclose such information to other users on the network, which belongs to “network virtual property”. The user has not obtained the substantive rights related to the corresponding works of NFT.

However, the value of NFT should not be denied because: 1 When selling, some NFT publishers will choose to give users certain copyright use rights or other rights and interests. For example, in the “unique art” website of the digital art e-commerce platform, we can see that it distinguishes between copyright and derivative market. Purchasing works in the copyright market will obtain other copyrights (including reproduction right, distribution right, etc.) of the digital art in addition to personal rights.

As another example, the buyer of the above-mentioned phantabear will become a member of its platform and get a discount for subsequent purchases of other goods. 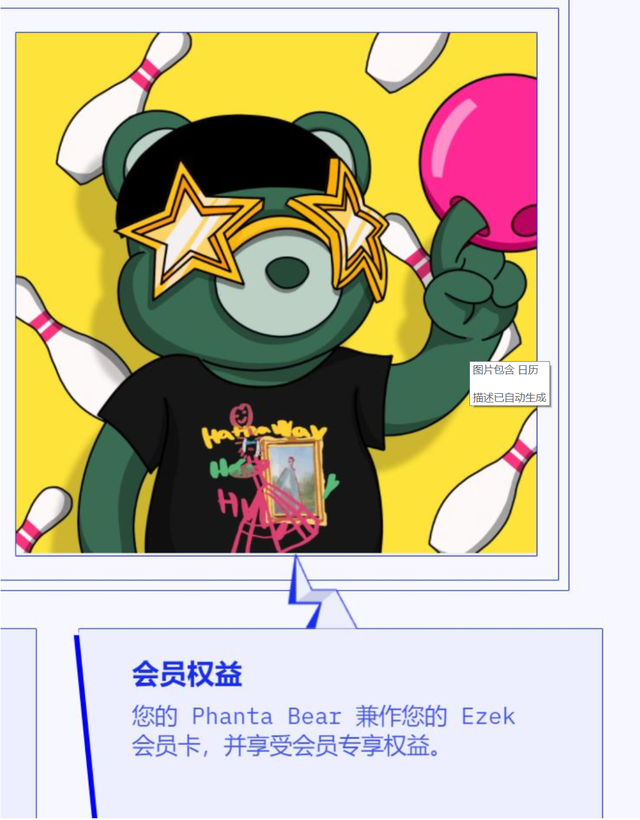 2. After purchasing NFT, users can also get a certain identity tag, which brings the example of artists closer psychologically and obtains psychological satisfaction. This is similar to the principle that we bought artists’ works in music and video apps before. In addition to obtaining the permission to browse and enjoy the works, we also obtained certain identity authentication (such as fan authentication serial number and album exclusive nameplate) (for example, QQ concert in the figure below gives users who buy artist albums a nameplate with an exclusive number). 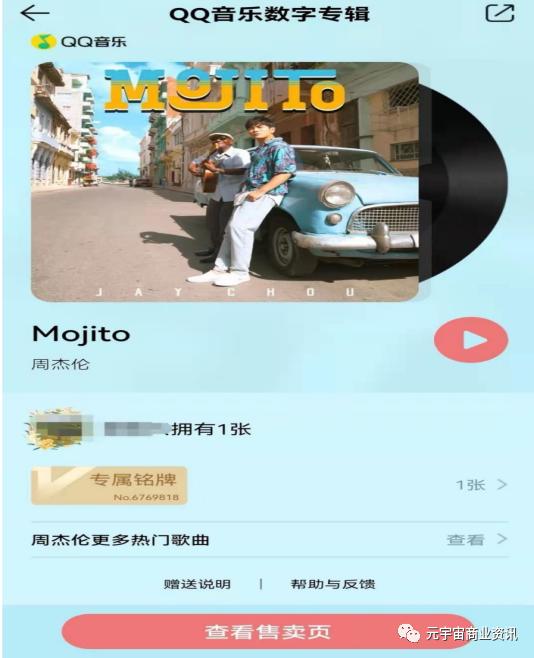 Is it legal to purchase and trade NFT in China?

Although China has strictly prohibited the buying, selling, trading and financing of virtual currency, NFT can still be distinguished from virtual currency because of its irreplaceable and indivisible characteristics. The issuers and buyers of NFT do not expect it to circulate frequently in the market as currency. Therefore, at present, we have not found that the Chinese government has issued any policies and regulations restricting the purchase and transaction of NFT. In the domestic market, NFT distribution platforms with different Internet company backgrounds also emerge one after another (such as magic core app developed based on Tencent blockchain technology and whale probe developed based on ant chain technology), and enterprises with state-owned assets background continue to join the ranks of NFT distribution (such as China’s first news digital collection NFT released by Xinhua News Agency).

However, different from foreign NFT markets that pursue decentralization and free convertibility, the following points deserve special attention in the compliance points of domestic purchase and transaction of NFT: 1 RMB is the main payment method for domestic NFT purchase: the generation of NFT is inextricably linked with blockchain and virtual currency. However, since the trading and trading of virtual currency in China and for Chinese residents have been prohibited, the trading and purchasing of virtual currency and NFT in China will be at risk of non-compliance. Most domestic NFT distribution platforms only accept RMB as the payment method.

2. Preventing speculation risk is similar to the previous wave of “speculation in shoes”. Once NFT’s secondary market transactions are opened, speculation that deviates from the law of value may also occur, and then become a game of “beating drums and passing flowers”, breeding illegal fund-raising, illegal deposit taking, financial fraud, illegal pyramid schemes and other illegal acts. We note that at present, the mainstream NFT distribution platforms in China have not opened or strongly restricted the secondary trading behavior of NFT. Users can only hold it by themselves after purchase, or transfer it through limited resale function (that is, the platform does not provide P2P trading function, and the resale can only be carried out after holding it for a certain period of time). 3. Pay attention to the protection of intellectual property rights. For the issuer, it should clarify the scope of its reserved intellectual property rights and the restrictions on users’ use of NFT works in the terms of issuing NFT. As users who purchase NFT products, they should clearly understand the division relationship between NFT and works, so as to avoid using works in an illegal way, resulting in infringement risk. NFT as a new thing, the current relevant laws and regulations are not perfect, and the relevant industry rules are not mature.

Finally, we have a more comprehensive understanding of the relevant information of NFT in metaverse, and obtained 560 metaverse in-depth reports valued at tens of thousands of yuan, which are still being updated. We pay attention to the public platform of “metaverse business information” to obtain the full PDF version.