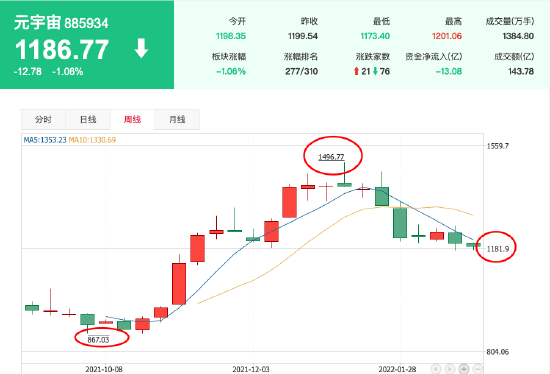 However, after entering 2022, metaverse concept stocks began to decline collectively, falling all the way from the high of 1496 to the current 1181, and the capital market once again revealed its ruthless side. “You want to copy its bottom, it wants to copy your home” is a self mockery of investors, which has gradually become a cold reality.

In tianxiaxiu’s stock bar, a shareholder posted in the early morning of December 24 last year: I have been speculating in stocks for three years, with a capital of 100000 yuan, I have kept it for three years. My savings have been spent, and my family has been dragged down by me. Now I finally have demon shares. You have to say it’s a fake rub heat. Can’t we know if it’s 10 centimeters a day? 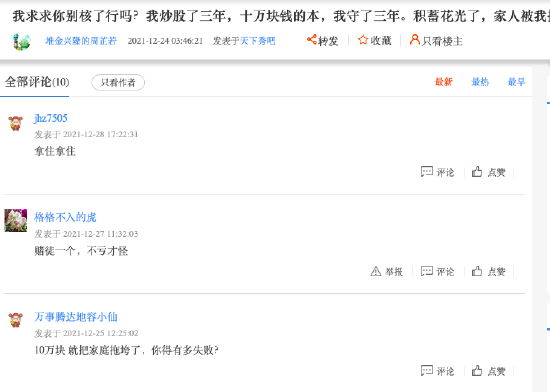 In the comments of the post, some people encouraged it to “hold it”, while others thought it was stunned by stock speculation, but the investor has no new posting record since then.

Sina VR pointed out in a series of metaverse articles released last year that the concept of metaverse is more about capital narration, and investors need to reasonably evaluate investment risks. The recent trend of a group of metaverse concept stocks basically supports this view: 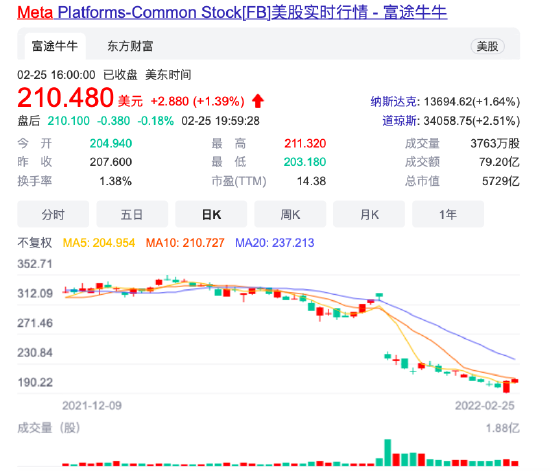 2. How did bubbles emerge?

First of all, although the valuation of metaverse concept stocks is suspected of being falsely high, metaverse itself is not rootless water. It is a comprehensive concept supported by many cutting-edge technologies, and these technologies have begun to take shape, such as brain computer interface, VR, AR, 5g communication, etc. Compared with the traditional Internet, metaverse’s vision is to make people “immersive” access to information and social activities.

The rapid rise of metaverse in the capital market is the final result under the joint action of various conditions.

On the one hand, the reason is that since the epidemic, the macroeconomic situation has become increasingly severe, the real economy around the world is struggling, the forces of trade protectionism in various countries have begun to rise, and the production costs of traditional industries have been rising. Under this background, science and technology giants have found that the high profits in the past are disappearing, and “getting rid of the real into the virtual” has become the best choice for profit seeking capital, The concept of metaverse came into being. 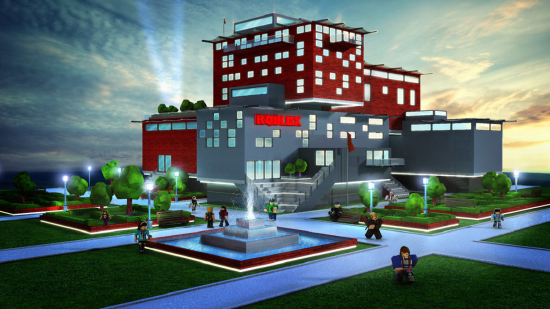 Its general development context is as follows: in March 2021, roblox, the sandbox game platform, was the first to write the metaverse concept into the prospectus, and the market value exceeded US $40 billion on the first day of listing. The metaverse concept broke the circle for the first time; In October, the original Facebook was officially renamed meta, and metaverse began to set off a speculative boom around the world.

Second, the development of related technologies provides basic support for metaverse. In recent years, breakthroughs have been made in VR, AR, AI and other technologies around the world, but there is a lack of scene landing, so these technologies have not formed a large-scale industry. The arrival of metaverse just provides a comprehensive landing platform for these technologies. 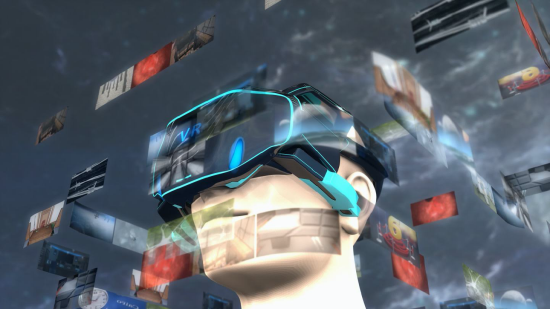 Third, the profit seeking and forward-looking nature of capital intensifies market speculation. As we all know, prices always fluctuate around the value, but in the capital market, institutional investors always have earlier and more comprehensive information than retail investors, which enables them to enter the market at a lower price at an earlier time. At this time, the valuation of the investment object is still within a reasonable range, but as the information is gradually transmitted to ordinary investors (this cycle is about 3-6 months), The value of investment target will quickly overestimate, and then deviate from the actual value of capital bubbles.

3. Let the investment tend to value and return to rationality

Historical experience warns us: after any conceptual speculation, it must be a chicken feather, and metaverse concept stocks are no exception.

At present, on the one hand, the Federal Reserve’s interest rate meeting in March is approaching. Under inflationary pressure, the only variable for raising interest rates is the difference between raising interest rates by 25 BP or 50 BP. The global tightening wave is close at hand, and the premature financialization of metaverse concept stocks is bound to bear the brunt. On the other hand, metaverse products are still at an early stage in technology. Before the infrastructure and industry ecology have not been formed, the performance expectations of most metaverse concept stocks are very low.

For the domestic capital market, the most important point is that the industry regulatory policy is being tightened. 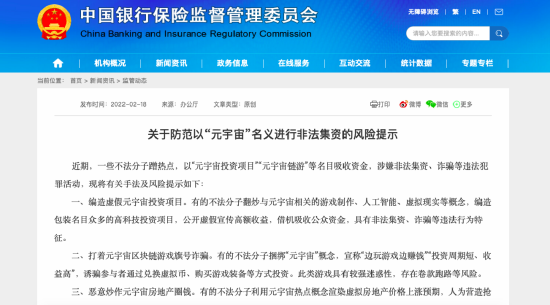 On February 18, the China Banking and Insurance Regulatory Commission issued a risk warning notice on preventing illegal fund-raising in the name of “metaverse”, reminding investors to prevent fabricating false metaverse investment projects, fraud under the banner of metaverse blockchain games, malicious speculation of metaverse real estate for money Engage in illegal profit making of metaverse virtual currency in disguise, and four methods of illegal fund-raising in the name of “metaverse”. The announcement is also regarded by the industry as the first regulatory instruction of metaverse in China.

In conclusion, although there are still a lot of chaos in the field of metaverse, in the era of mobile Internet, the dividend has disappeared, and Internet companies have essentially entered the zero sum game stage. At present, the relevant technologies represented by metaverse still bring a possibility for the iterative upgrading of the Internet. Although the road is tortuous, the future is undoubtedly bright. 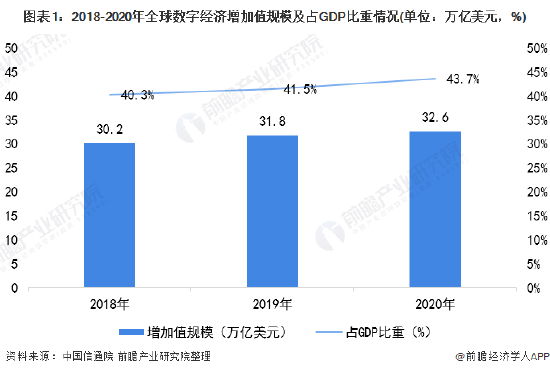 According to the data of China Academy of information technology and prospective industry, the scale of global digital economy has reached 32.61 trillion US dollars in 2020, accounting for 43.4% of the total global GDP 7%； IDC predicts that the output value of digital economy will account for 62% of global GDP by 2023. In the future, this will be a large-scale and vibrant emerging science and technology field.

From a longer historical perspective, since the United States started the third scientific and technological revolution in the 1940s and mankind entered the information age, there has been no revolutionary achievement that can break through the barriers of the traditional Internet. The emergence of metaverse has given China more opportunities to participate in standard setting, which will make the future international competition full of infinite possibilities.