2021 is coming to an end. To say the annual keyword of this year, “metaverse” must occupy a seat. In just a few months, it has attracted a large wave of attention from capital and manufacturers. Metaverse has long been known to everyone. After Facebook changed its name to meta and made full efforts to build metaverse, everything can be metaverse, whether it is the real investment of technology giants or various hard rub hotspots.

Behind the booming scene, Niantic, the developer of the well-known ar mobile game “fairy treasure dream go”, saw another scene.

Not long ago, John Hanke, CEO of Niantic, published a blog post. He believed that metaverse advocated by Facebook was an “anti Utopian nightmare”. He opposed people to stay away from reality and use virtual things to separate people from reality. In fact, more specifically, the metaverse that Niantic hopes to build is a world based on the real world, which will not separate people from real life, but can enjoy the convenience brought by technology.

In order to realize this vision, Niantic has done a lot of work silently.

The total number of downloads is nearly 680 million times

What did Niantic do?

On November 9, Niantic held a virtual global conference on the AR development platform lightship and launched the AR Developer Kit – Niantic lightship ardk. As a part of the lightship platform, ardk is a cross platform software development kit that can run seamlessly on billions of Android and IOS devices around the world.

The conference introduced an eye-catching project. Relying on the progress of Niantic in establishing in-depth understanding using smart phone camera sensors, meshing APIs in ardk can create real-time 3D grid maps and analyze the terrain and surface around users. The grid continues to exist after the entire application is opened, extending or changing as users move.

Niantic’s depth technology can automatically adapt to the camera of any Android or IOS device, from standard RGB sensors to the latest lidar technology. Finally, a dynamic 3D grid map is presented, which enables developers to create more visually realistic ar layers, taking into account the location and background analysis of any special space around users in the AR application. 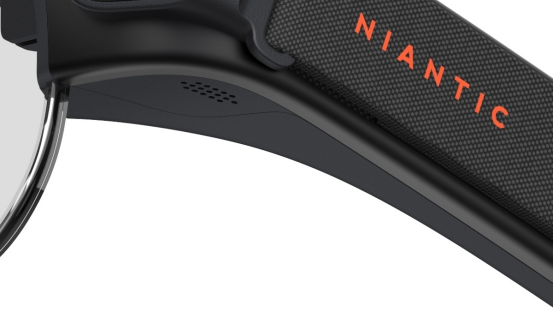 John Hanke once released a partial picture of AR glasses on twitter at the beginning of this year. He also said that the AR glasses jointly developed with Qualcomm are prototypes equipped with the Niantic platform. Previous reports have also shown that in the cooperation with Qualcomm, Niantic mainly provides an integrated architecture platform of software, hardware and cloud services based on AR glasses, which supports world-scale ar games that can be online for millions of users at the same time.

In John Hanke’s view, maintaining contact with the real world and people is a vital thing. 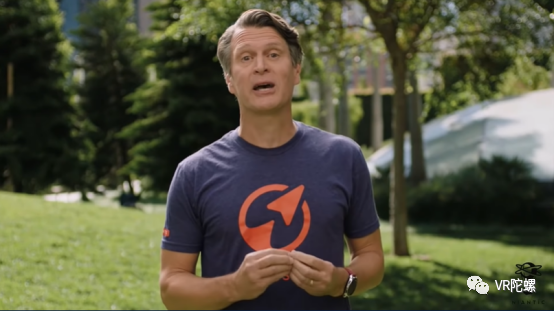 In 1996, John Hanke was a student at that time. He jointly developed the first MMO (massively multiplayer online game) “meridian 59”. After selling the game, he began to be interested in drawing maps. In 2000, John Hanke founded “keyhole” and developed the first online world gps-3d aerial map. Since then, he has formed an inseparable relationship with the world map.

Later, in 2004, Google acquired keyhole, and John Hanke became an engineer of Google. He turned keyhole into “Google map” step by step. As the founder of the map technology, he was mainly responsible for developing Google map and Google Street View. It was also at this time that he began to devote himself to the development of GPS games until he gathered a new team to establish Niantic in 2010.

In 2013, Niantic’s first MMO mobile game “ingress” based on geography was officially released. The next year, Google cooperated with Niantic to play an April Fool’s Day joke. People can find baokemeng by clicking Google map. This attempt was a great success. John Hanke is determined to turn this joke into a real game. Based on the user original collection point created by the players of progress, Niantic developed the spirit treasure dream go, which later evolved into the spirit post station and Taoist Hall of the game.

As the CEO and founder of Niantic, John Hanke and Nintendo launched “fairy treasure dream go” in 2016. He is obsessed with a vision of making digital objects enhance the physical world. This concept is now called ar. Since at least 2010, he has been pursuing this vision, founded Niantic within Google, stripped it out and launched the well-known “fairy treasure dream go”.

John Hanke said, “I started Niantic to try to create something that I can do with my family. I think the biggest advantage is that [our app] allows people to leave the sofa, take them into the park and interact with others. I think it’s a great game that allows people living in the same city to get to know each other.”

Prior to this, fairy Baoke dream has become a world-famous IP. Niantic has let more people know Baoke dream, and successfully let people come out of their homes, connect with others, and seriously explore the world. The launch of this game has also become a cultural phenomenon in the world. According to the exclusive data provided by sensor tower for VR gyro, the global total revenue of the game is US $5.58 billion and the number of downloads is 656 million times. Just as Wendy sewed Peter Pan’s shadow on his feet, John Hanke has been gradually combining virtual and real, providing a basis for the combination of pixels and atoms he believes is the future.

After the success of the first AR game, Niantic tried to replicate the popular game with the second big IP, and later launched a number of AR games, including Harry Potter: Wizard alliance, which was launched with Warner Bros interactive entertainment in 2019. According to the data provided by sensor tower, the game was downloaded 20.35 million times, with a total revenue of nearly $40 million; In 2021, the company cooperated with Nintendo to launch a new game “pickmin bloom”, which has been downloaded more than 3.3 million times and has a total global revenue of $1.4 million; It is said that “Transformers” ar mobile game will be launched this year.

Niantic gave satisfactory answers to the world and showed his ambition for the future of AR.

At the lightship press conference, John Hanke also expressed his views on the future ar: “in Niantic, we see a booming future of technology. Technology can create a better life for people, rather than isolation from the real world. We believe that the transformation of the next computing platform and AR is a rare opportunity for developers.”

But now people are talking about this thing called “metaverse”. In the future depicted by companies like meta (Facebook), people have to put on hardware devices, shield their senses, and replace reality with digital art, which is essentially abandoning reality.

John Hanke doesn’t like the idea. He has read many science fiction books and movies, which contain many interesting visions of metaverse. These visions show us a terrible and wrong utopian future born because the development of science and technology has gone astray. He believes that his vision, different from virtual reality, will make the real world better and will not encourage people to completely separate from the real world.

In order to realize this vision, Niantic under the leadership of John Hanke is constantly developing its own technology outside the game. 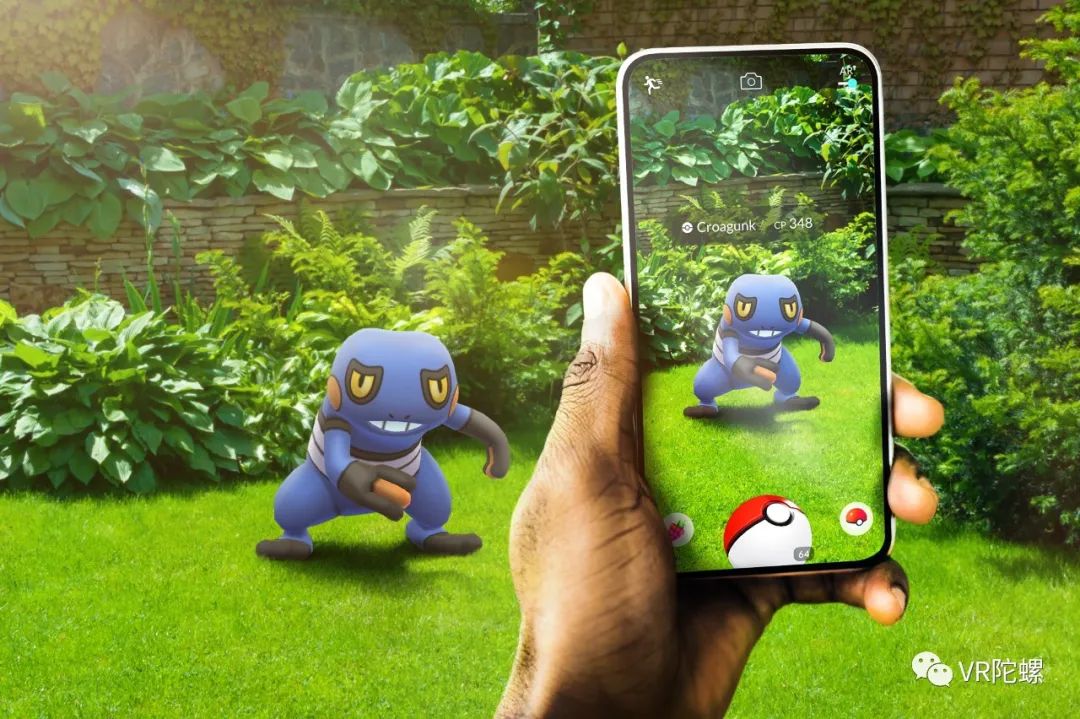 By using Niantic lightship ardk, an AR developer toolkit launched by Niantic, developers can create more ar games such as go. Meanwhile, Niantic also said that it had established Niantic ventures and would allocate US $20 million investment fund to expand the AR content market.

For the platform, John Hanke said: “lightship provides a technology that connects the physical world and the digital world. It is different from virtual video games. You can call it ‘metaverse in the real world’.”

On November 22, Niantic obtained coatue’s investment of US $300 million, and the current valuation of the company has reached US $9 billion. Niantic said it plans to use these funds to expand its recently launched lightship platform to help developers create AR and build the vision of “metaverse in the real world”.

“We are building a future where the real world overlaps with digital creation, entertainment and information, making it more magical, interesting and informative,” John Hanke described in a statement. “This will require a lot of investment in talent, technology and imagination, and we are glad that coatue is on this journey with us.”.

In 2020, Niantic announced the acquisition of augmented reality company 6d.ai, which can build 3D maps of the world using only smartphone cameras.

In 2021, Niantic announced the acquisition of toolbox AI, the team of 3D scanning mobile application scaniverse, and founder Keith ITO will also join the Niantic team.

Layout of AR hardware, acquisition of 3D / AR technical team, construction of Developer Platform… Various actions show that Niantic is constantly consolidating its own technical foundation. Their key goal is to connect people more closely with the real world through armetaverse, and has been firmly encouraging people to go out and feel the real world and the healing brought by interpersonal communication. AR may be where metaverse should happen.

John Hanke said: “in today’s world, the proportion of Android and IOS is about 50:50. I think the world of AR glasses will be more diversified. Therefore, a solution that can really solve the problems of developers, that is, it is very important to write and create a platform that can work across multiple ends.

Mankind is walking at a fork in the road of scientific and technological development, whether to lead to a utopian future or to avoid such a future.

During the conversation, wired asked: how do you view Facebook horizon studios? It seems to be contrary to your vision. People interact through avatars in a fully digital environment?

John Hanke replied, “experiencing immersion in the 3D world may be an entertainment experience, just like watching movies on the home theater system, but this is not where people will spend most of their life.”

What kind of future do you expect more from metaverse in the virtual world and metaverse based on reality?