A660202 Zhangjiajie has become the first scenic spot in China to set up metaverse research center. Figure source: Oriental IC

Imagine a scene where you are standing in a boundless world composed of black, white and gray. Many brushes, calligraphy and paintings floating in the air are side by side. Under the calligraphy and paintings, several people with roughly the same hairstyle and clothes are watching. In the center of the picture, a transparent glass column rises from the ground to the sky.

Now let me tell you, this may be the initial appearance of “metaverse social”, will you recognize it?

Most users don’t recognize it. The initial scene comes from the metaverse social application “xirang” recently launched by Baidu, and the Fengtang art exhibition is restored on the 99th floor of the world elevator. In the scoring area of the app store, the first user on the home page is obviously not satisfied: “there’s nothing in the whole”. Now, “xirang” scores 2.6 points. 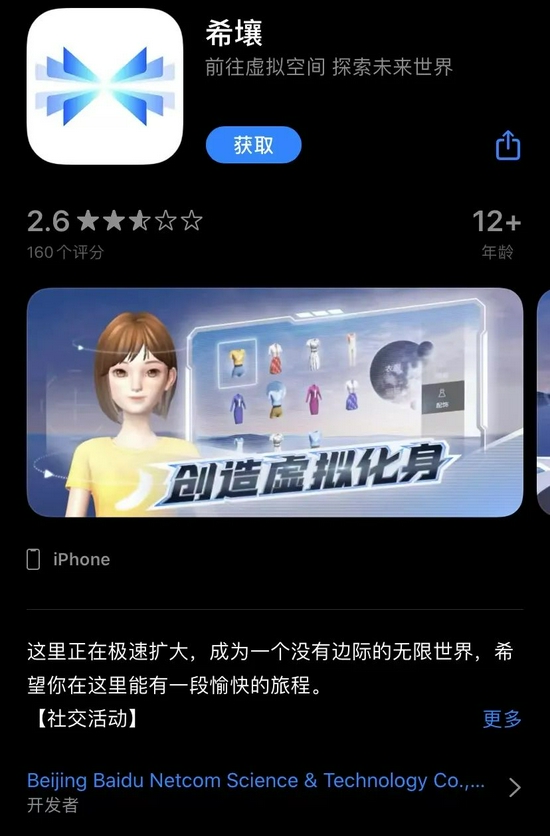 However, as Baidu first handed over the “answer sheet”, metaverse social networking is becoming more and more popular. According to enterprise investigation data, there were 34 domestic “metaverse” related software copyrights in 2021, of which 23 were registered and approved from October to November.

On November 25, metaverse concept stocks fell sharply in the afternoon. Zhongqingbao, Jiachuang video and other stocks fell by more than 10%. Tianxiaxiu, which has just released the virtual social application “Rainbow universe”, fell by the limit. Since October 28, tianxiaxiu has raised the limit seven times in 17 days.

The previous week, news related to metaverse emerged one after another: the new metaverse social tagging completed tens of millions of yuan of pre-A round of financing, the video social application yumy launched the metaverse module, and the public announced the “Rainbow universe” of metaverse social ecology.

The wind of metaverse blows across the social track. Who wants to cut the leeks of social? Who can really describe the future of “social metaverse”?

According to the social investment and financing data report of strangers in recent ten years issued by Enterprise Investigation Data Research Institute , in the 10 years since 2011, stranger social financing has reached 474, with a total amount of 29.299 billion, compared with 87 million in the first half of this year – Stranger social financing is falling into a trough. Another data shows that in the past 10 years, only soul, Momo and probe have run round C financing. 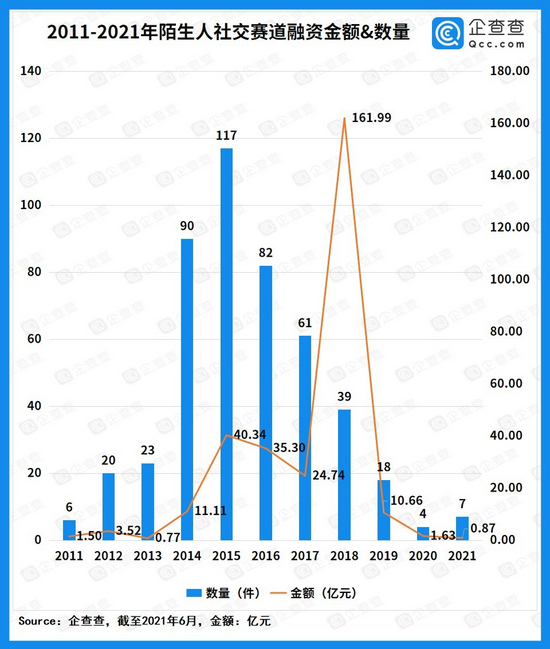 In August this year, Momo changed its name to “Hello group” on the occasion of its tenth anniversary. CEO Wang Li once expressed his thoughts on the future: “in the future, with the further development of virtual reality, the continuous maturity of VR / AR hardware, the popularization to home and the change of human-computer interaction mode, new opportunities are bound to appear.”

At the moment when the social networking of acquaintances is controlled by wechat and QQ, there is still room for imagination in the stranger track with a financing of more than 16 billion yuan a year at the peak. However, at the moment when soul suspended its listing and Momo’s profits were depressed, the track undoubtedly needed a turning point, and metaverse’s popularity coincided with the time.

At the end of October, Facebook, a social media giant, announced that it was renamed meta, which was fully transformed from social media to metaverse, and domestic companies were also secretly layout.

On September 14, Tencent registered the trademark “qqmataverse”, taking the first step in its social metaverse journey of QQ and wechat. Previously, Tencent has completed 49.9% holding of the stranger social soul under the banner of “social metaverse”. In the same month, it launched the virtual identity social product pixsoul overseas. 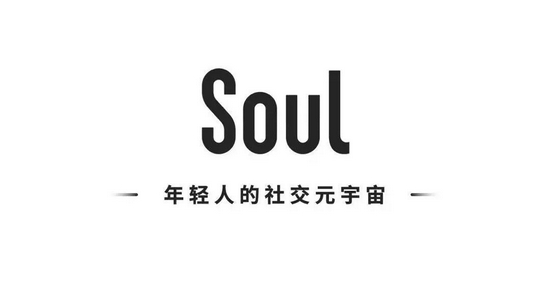 Morgan Stanley pointed out in its latest report released in November that metaverse’s potential market share may exceed US $8 trillion and may become the next-generation social media, streaming media and game platform. The revenue of the current head social media platform can be understood as monetizing user time at the price of US $0.04-0.13 per hour. This means that social and metaverse seem to be equally important to each other.

For domestic strangers, metaverse, with internet enthusiasm, is a prescription. But the question is, can these emerging “social metaverse” really bring a new social experience?

On October 28, “Rainbow universe” announced the internal test, and the daily limit was raised on the day of tianxiaxiu. On November 18, Li Meng, chairman of tianxiaxiu, issued an open letter to introduce tianxiaxiu’s 3D virtual social product “Rainbow universe” based on blockchain for the first time. The letter mentioned that the product is an inevitable product of the “social 4.0 era” and a ticket to the next generation Internet.

However, game player officially launched after make complaints about the “Rainbow universe”. AppStore is too laggy to get 3.6 points. Many netizens laugh at bug.

A game related person told the IT times that since the second half of this year, the industry’s enthusiasm for MMO (large multiplayer online) and sandbox related games has increased significantly, which should be related to the popularity of metaverse.

From the results, “social metaverse” seems to be completely less refined and humanized than MMO games such as Moore Manor, which is also true in the “Xi soil” launched by Baidu. After experiencing “Xi soil”, the reporter of it times found that the application is not only not smooth, but also often has dislocation bugs, and there are few contents to experience.

In sharp contrast, although the popularity of Moore Manor, which was compared by players, has retreated, the average daily download volume within 30 days is still maintained at 7425 times.

Roblox once proposed eight elements of mature metaverse in the prospectus: identity, friends, low delay, immersion, diversity, anywhere, economy and civilization. Obviously, compared with general words such as “economy” and “civilization”, the requirements of immersion and low delay on technology are more realistic. If the immersion of “social metaverse” is not as good as 3D mobile games, how can we continue to attract users by relying on the sign of “metaverse”?

Is VR / ar the Savior of the next generation of social networking?

Where is a better “metaverse”?

On the day of the release of the open letter and the next day, tianxiaxiu’s share price rose by 10.04% and 9.99% respectively, reaching the highest point of 15.31 yuan at the close of the next day, up 80% from 8.49 yuan opened on October 28, and therefore received a warning letter from the Shanghai Stock exchange.

Forced to prove their VR hardware layout, perhaps because VR / AR based on immersion is one of the exits of “social metaverse”.

According to media reports, the person in charge of Qualcomm recently revealed that oculus, a VR hardware company previously acquired by meta, is experiencing rapid growth, and its latest generation of VR all-in-one oculus Quest 2 has reached 10 million units. According to IDC, meta’s market share in VR hardware rose to 75% in the second quarter of this year. 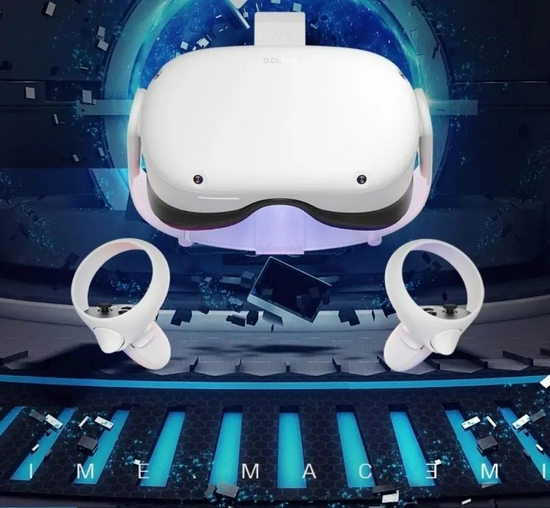 In 2019, the person in charge of Facebook VR once told the media: “when VR devices are within $200 and the sales volume reaches 10 million units, we think this will be the critical point for the popularization of VR.” from this point of view, oculus Quest 2, which is still priced at about 2300 yuan, has reached one of the steps, and the impact is also spreading in the consumer market.

“The social software vrchat shows what VR should look like in the future. All kinds of people you can’t think of do all kinds of things you can’t think of here.”. Technology blogger ethanuncle mentioned that among the software provided by oculus, vrchat is a unique application, which can often attract players to give up the game and “indulge” in chat. For example, ethanuncle encountered a group of Japanese uncles brushing and dancing very strange dances in the room, or how a player displayed various “Sao operations” with full-body VR devices. 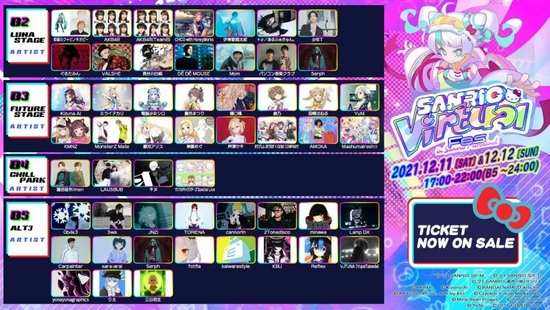 According to previous foreign media reports, vrchat, a vr virtual social platform, completed a round D financing of US $80 million in June this year. This social VR platform was established in 2014, allowing users to create virtual images freely. It was the first free VR application in steam and oculus mall at the same time. The maximum number of online people exceeded 40000, and social applications “defeated” the game.

In addition to social VR applications, a platform with mature content is also helpful for this success. Ethanuncle believes that oculus is deeply bound with facebook accounts and has a mature mall, which is enough for consumers to experience the fun of VR and will monopolize the leader of VR content ecology for a long time.

Corresponding to China, station B should also take a share in the integration of metaverse and social networking with the platform attribute and content ecology of UGC. On November 20, the virtual concert of the second season of the voice of creation on station B was launched. The live broadcast was presented by 15 vtuber virtual singers, with a peak popularity of 5.69 million.

In the third quarter earnings conference call this year, Chen Rui, chairman and CEO of station B, said that station B is one of the most suitable ecosystems to realize metaverse. “Our (virtual anchor) up master can become another role in another world through motion capture technology.” he said that the content of virtual role performance is supported and loved by many users, which is an example of ecology in the system.

In fact, in addition to the vtubers who have been transformed by Lu Nai and Ling Yuan, many other types of vtubers such as history, goods and games are emerging. They are active in the live broadcast section of station B and have specially set up a “virtual anchor” partition.

From using VR / AR, mobile capture and other technologies to establish a man-made virtual anchor to the v-circle culture that does not disturb the “people in the middle”, it is not difficult to see some shadows similar to vrchat virtual social networking – which coincides with Zhang Xiaolong’s view.

In a wechat open class in 2019, founder Zhang Xiaolong expressed his views on the essence of “communication”. “Communication is the process of imposing your personal design on the other party,” he said. “On the surface, you are discussing problems. In essence, you may just want others to recognize the personal signal you send.”