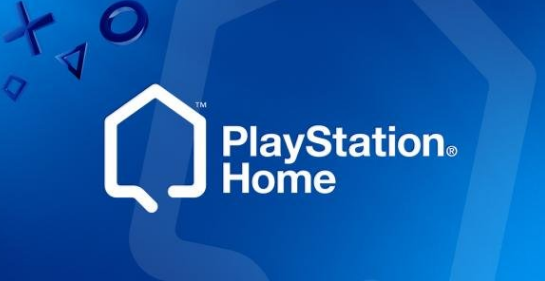 It can finally return in the most suitable era.

In 2008, Sie launched a virtual social community Playstation home (PS home for short) which is quite in line with the current concept of “metaverse” on the host.

In that era when social networks were just emerging, PS home, which landed on PS3, was at the forefront of the fashion in the game circle at that time. In PS home, players can create realistic 3D images representing themselves, have virtual apartments decorated with virtual items, communicate with others and play various games with their created images.

A virtual Utopia in the online world sounds attractive enough, and countless people have been attracted to experience it. By the end of March 2015, 41 million people around the world had played this game successively.

However, PS home did not continue. On the one hand, the concept of advanced games was almost difficult to realize under the network conditions at that time, and the insufficient functions in the initial stage also led to the game once becoming a “shopping Simulator”, from which some players found the fun of virtual social networking, However, more players were discouraged by the long game loading time and extremely unsmooth playing experience at the early stage of the game.

The focus of network and game content was unclear, which led to PS home failed to set off any waves, and finally made Sie give up PS home.

But the abandonment of SIE does not mean that no one cares about the virtual world. For many PS home players at that time, stopping the service of the game represented the end of a world, which deeply regretted them. So some players spontaneously set up an organization called destination home to “revive” this once prosperous virtual community.

The destination home organization has a special web page. They declare that this is not a profit-making project. The organization does not accept any monetary donations, but calls on players to donate game cache data to the organization to facilitate them to better rebuild the original PS home. Over the past few years, thanks to the help of many players, destination home has restored a lot of space and items.

At present, the website has provided an offline version for players to download. Players need to run on the modified PS3 or simulator.

Destination home’s efforts have attracted more and more attention and support. In March this year, ign specially interviewed and reported the efforts and achievements of this organization, which also won the support of many players.

Recently, destination home has ushered in a historic stage – the organization released a new promotional video on YouTube channel and took the opportunity to inform players who pay attention to their progress. The team has cooperated with the Playstation network simulator group (PSone group for short) to launch online multiplayer service at the end of the year. This means that players will return to the era when the PS home server has not been shut down and reproduce the good time of communicating with friends or strangers. 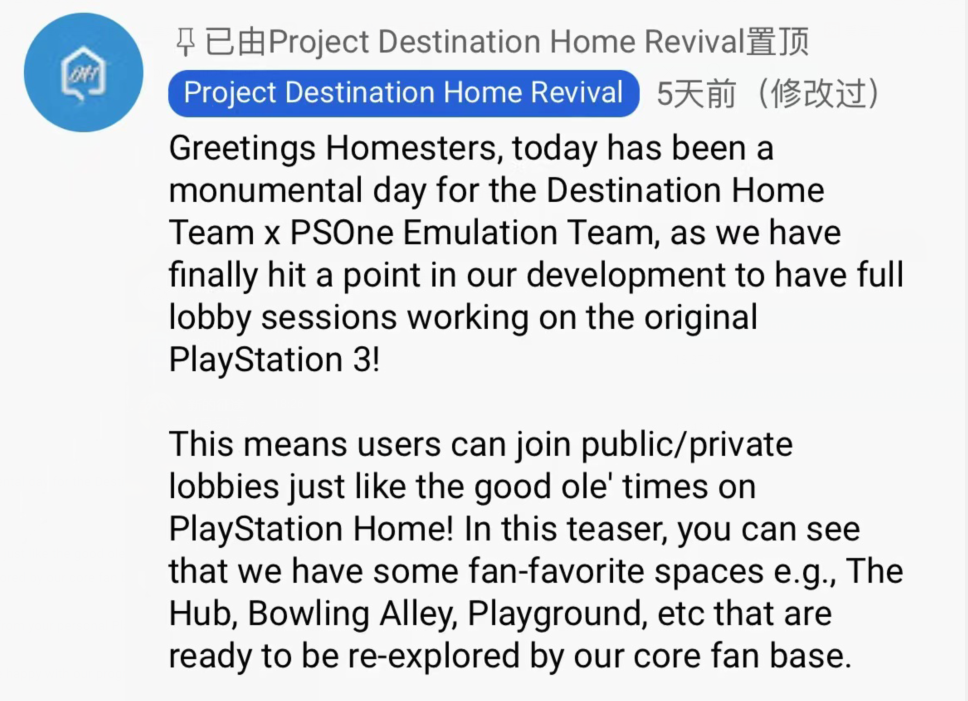 If the commitment of destination home is fulfilled at the end of the year, PS home will also realize a real “Resurrection” in a sense. Although it may not be enough to attract the attention of the majority of players, the untimely PS home was reborn at the right time. It can be regarded as making up for the regret for the players who had seriously experienced virtual social networking in this game.