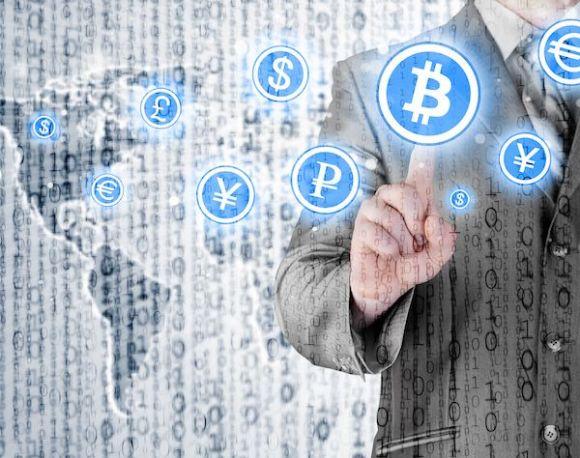 The reporter learned that the outbreak of NFT and metaverse benefited from the development of blockchain technology. However, in recent years, with the extensive and in-depth development of blockchain technology and application, issues such as legal compliance and social governance came into being, and the relevant construction of the rule of law will face severe challenges and new opportunities.

“In recent years, blockchain technology has made rapid development, with more and more innovative applications, which has had a far-reaching impact on various fields of economy, society, politics and culture. At the same time, it also puts forward many new problems, including whether there is regulatory arbitrage in the business model and traditional business model brought by blockchain applications, as well as the data transactions Legal problems in data security, copyright, payment and settlement, taxation, etc. “Duan Ruichun, honorary president of China Society of science and technology law, said at the 14th innovation and rule of law forum of China Society of science and technology law held on November 26.

Zhang Chao, vice president of okcloud chain, said in an interview with Huaxia times: “the development of blockchain and other emerging technologies is inseparable from the sound construction of the rule of law. The resonance between rule of law compliance and technological development will provide us with a perfect, transparent, efficient and information symmetrical blockchain system.”

NFT and metaverse are subject to compliance

The reporter learned that while NFT and metaverse are on fire, they have also brought a series of problems. “At present, NFT is gradually developing from collections, games and works of art to finance, assets and patents, but there is no doubt that NFT lacks norms, soars and falls, or there is no standard price.” Yang Dong, a professor and doctoral supervisor at the school of law of Renmin University of China, told reporters.

Yang Dong believes that if NFT and metaverse are not standardized and supervised, it is easy to move towards savage growth. We should learn from the lessons of the development of Internet Finance in the past and let metaverse develop on a standardized track, so as to optimize its structure and promote healthy and rapid development, rather than moving towards the mode of money laundering, illegal fund-raising and trading used by criminals.

As for how to avoid the risk of digital asset speculation, Wu Pingping, an expert legal adviser of Tencent’s legal department, told our reporter: first, set relatively high access thresholds for the issued assets, try to select IP works with intrinsic value or collection value, and at the same time, anchor them with physical objects; Second, NFT primary offering and secondary trading must be isolated, otherwise it is easy to be understood as active asset speculation; Third, set up reasonable C2C trading conditions, such as minimum holding period and so on; Fourth, set up a reasonable pricing strategy for the trading platform; Fifth, it is prohibited to split the interests of NFT.

Wu Pingping believes that the construction of NFT compliance system is very important. To a certain extent, NFT challenges our understanding of the order of the physical world and the digital world. We need our ingenious system construction to solve this problem. NFT is known as the infrastructure of metaverse and has exciting prospects. However, at this stage, we should refuse rapid speculation, but really find the application scenarios where NFT can play its value, such as public welfare, culture and so on. But at the same time, we should not deny it completely because of some hype bubbles in NFT. Any development of a new thing needs to undergo a cycle. The exclusive attribute of NFT technology is the key to building a new digital world, which is NFT’s underlying logic.

Blockchain big data service is an important guarantee for the industrial security and innovative application of blockchain. Based on long-term industrial practice and observation, Zhang Chao, vice president of Oko cloud chain, believes that the current blockchain big data has the characteristics of rapid business change, large amount of data, rich data types and high data mining cost. At the same time, it is experiencing changes from bottom data to business data expansion, and from single chain data to cross chain data expansion.

Zhang Chao said that in terms of blockchain technology application compliance and data security, at present, Ouke cloud chain has established cooperative relations with many research institutions and public security organs to assist the police in more than 30 provinces and cities such as Inner Mongolia, Sichuan and Shaanxi to detect a number of blockchain criminal cases and recover more than 10 billion yuan of assets.

The progress of the digital age not only provides convenience for life, but also brings great challenges to the judicial system.

Zhu Jiaming, President of the Hengqin digital chain digital Finance Research Institute, told our reporter that both the British and American legal system and the mainland legal system are facing the same reform with the advent of the digital economy era. For example, according to the continental legal system, it is difficult to make rapid adjustments immediately because of the challenges posed by the digital economy to the original legal structure and framework. In this case, the only choice is to emphasize case judgment, which has great flexibility in the English and French system. At the same time, the development of digital economy and the evolution of property structure make the judgment more dependent on the participation of professionals, and the judgment of judges with professional quality must be strengthened, rather than the new situation that jurors or lawyers can deal with simply in the past.

Digital assets are a new product of the digital age. The reporter learned that there are many difficulties in law enforcement of digital assets. Wang Wei, party secretary and President of Yushan District People’s Court of Ma’anshan City, Anhui Province, said that for digital asset transactions, there are problems such as copyright registration, work authorization management, infringement, proof and high cost of rights protection.

How to better provide judicial protection for digital assets? Wang Wei said that we should improve laws and regulations and circulation mechanism, improve the ability to find and confirm rights, unify the system of evidence collection and data exchange, and promote the development of international judicial assistance. In the stage of trial execution, first, we should severely crack down on the illegal and criminal problems of digital assets; Second, we should properly try civil disputes over digital assets; Third, supervise the efficient form of functions and powers of administrative organs; Fourth, take accurate implementation measures involving digital assets.

“There are many money laundering, telecommunications fraud, financial fraud and online gambling crimes derived from digital assets. We need to explore how to crack down on new crimes,” Wang Wei said.