1. Impact of metaverse on computer industry

Take history as a mirror: each round of Internet revolution will drive the expansion and innovation of IT industry

Pc internet (Internet 1.0): in the mid-1980s, the wide area network of NSFNET, the predecessor of modern Internet, was established, officially opening the era of PC Internet. Pc internet solves the link between people and between people and content, gives birth to the innovation cycle of consumer Internet, and gives birth to a number of giants such as Intel, Microsoft, Amazon and Alibaba.

Metaverse (Internet 3.0): in 2021, metaverse will provide an immersive experience, which is expected to drive a new round of innovation cycle. At this stage, the development of metaverse is still in the embryonic stage. It remains to be seen who will be the biggest beneficiary of technology dividends in the metaverse era in the future.

New technology applications often spawn new giants. The application layer is the main source of innovation increment. On the one hand, the combination of new technologies and scenarios will drive the further expansion of the old player market; On the other hand, it will also give birth to new giants in some new fields. After catching the fast train of mobile Internet, the market value of Tencent and Amazon increased 37 / 41 times respectively since the end of 2017, giving birth to a trillion yuan level meituan and meituan in emerging scenarios such as takeout and mobile information distribution.

Focusing on the metaverse era, at present, relevant companies have actively carried out layout in the main benefit links of the computer industry. Specifically, among overseas companies, Facebook and roblox adopt a vertical integrated layout; There are also many participants in various sub sectors, from the lowest chip, server, IDC, cloud manufacturers to the blockchain and digital twins in the application layer. The relevant industrial chains are as follows. 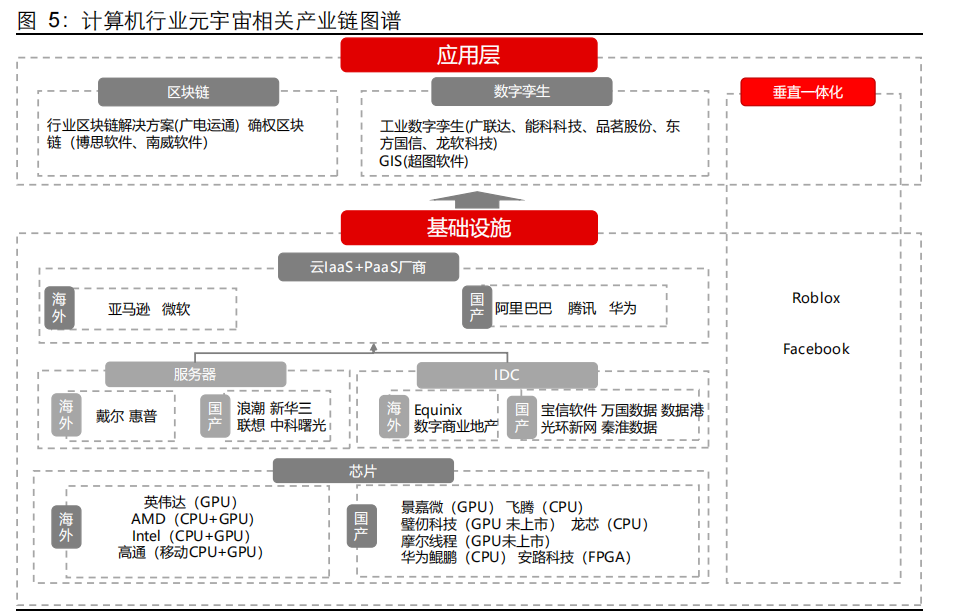 According to our previous logic, under the metaverse ecology, upgrading from two-dimensional to three-dimensional may bring ten times or even higher demand for basic resources. From the perspective of metaverse architecture, in IT technology, cloud computing and chip (GPU direction) are the core resource support and the underlying technical support. We judge it as the most definite benefit direction of IT technology in the meta universe. 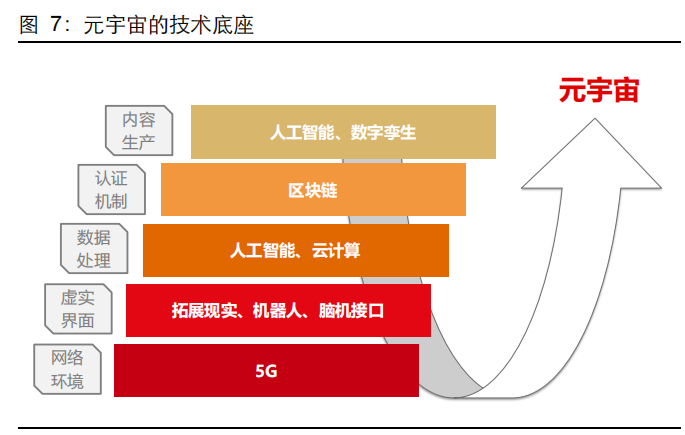 Cloud computing provides massive low-cost basic resources. Cloud computing has the characteristics of distributed network connection, ICT resource sharing, fast, on-demand and dynamic expansion of elastic services. Based on its scale effect on resource utilization and higher utilization rate, it is the computing resource platform with the lowest unit cost and the highest resource utilization efficiency. We believe that we mainly benefit from the following factors: 1) low cost procurement of batch hardware equipment brought about by the scale effect of infrastructure; 2) Under the cloud trend, the decline of energy efficiency (PUE) of green data center brings cost savings; 3) Business elasticity expansion brought by virtualization and other technologies greatly improves resource utilization; 4) Other supporting costs in the expansion process, such as disaster recovery, construction, maintenance and personnel costs.

Cloud computing reduces the use cost (development + operation and maintenance). At the infrastructure level, cloud computing far exceeds traditional it in terms of cost, stability, security and efficiency. According to the data of Alibaba’s 2019 Shanghai yunqi conference, after going to the cloud, the comprehensive cost has been reduced by half, the efficiency is three times higher than before, the stability has been improved by more than 10 times, and the security has been improved by 50 times. Zhang Jianfeng, President of Alibaba cloud intelligence, proposed at the 2019 Alibaba cloud summit that “the price of core basic products has been reduced by 66% in the past five years”. Total increase: metaverse is expected to increase the demand for cloud computing

Metaverse will drive the prosperity of China’s cloud computing industry. According to IDC’s forecast data, the CAGR of China’s metaverse related it expenditure from 2021 to 2025 is 20.2%, reaching US $2001.12 billion in 2025. In terms of proportion, cloud computing will account for more than 40% of the total expenditure by 2025.

The driving forces for the rapid growth of China’s cloud computing market mainly include: 1) policy support, such as new infrastructure and other new economic policies strongly advocated by the state; 2) Mature software and hardware technologies, such as virtualization technology, container technology, distributed computing, etc; 3) Low cost advantage brought by resource reuse and other factors; 4) Convenient, flexible and easy-to-use user use mode, etc.

Several metaverse core manufacturers at home and abroad actively layout cloud platforms. Among them, typical non cloud vendors cut into the cloud in terms of mode, such as NVIDIA Omniverse platform, which is a cloud graphics design and computing platform, and uses the concept of metaverse in the development end; Epic cloudgine platform: provide virtual engine with cloud computing capability for massive real-time interactive content in metaverse.

The multi GPU real-time simulation and collaboration platform has powerful performance and is dedicated to processing 3D production processes. Omniverse platform acts as a hub, making new functions open to all connected clients and applications as microservices. 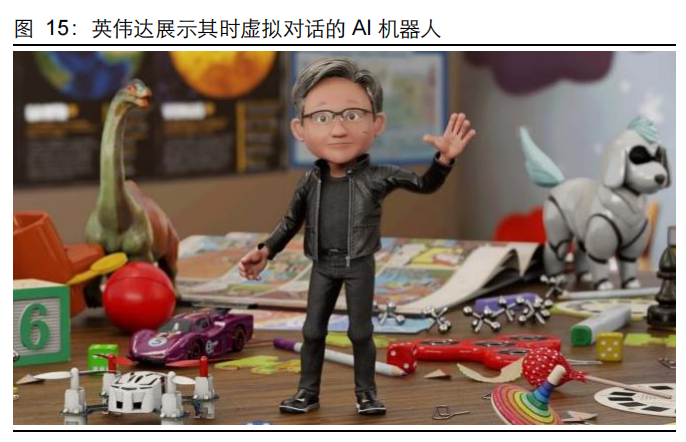 At NVIDIA’s press conference in April 2021, a 15 second lens was “virtual Huang Renxun”. In order to realize the 15 second simulation scene, NVIDIA did a lot of work, including but not limited to taking hundreds of photos of the kitchen scene, 3D modeling, and taking thousands of photos of Huang Renxun with hundreds of SLR cameras to realize 3D scanning, facial expression, skin texture Lighting treatment, etc. (report)